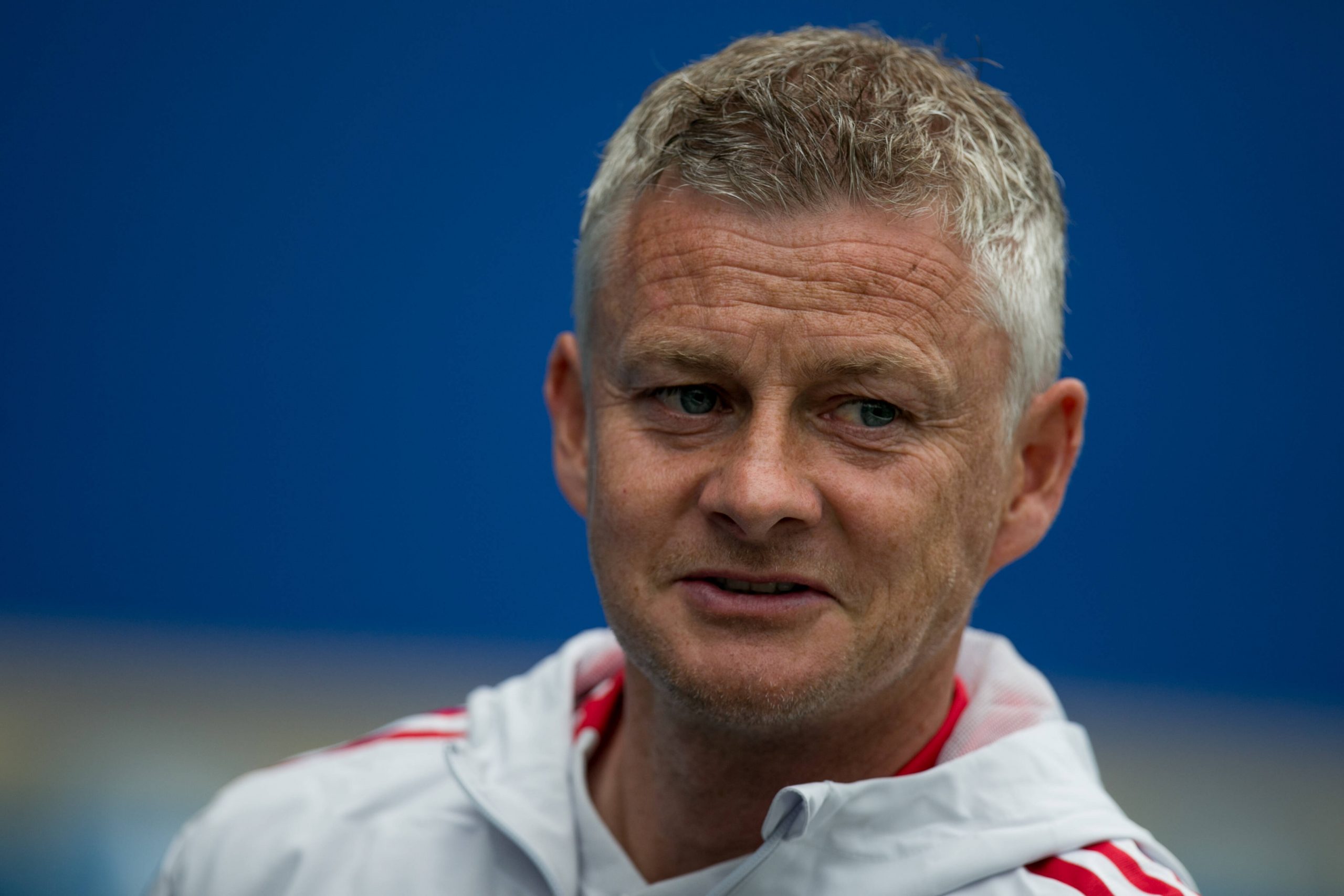 One of Brendan Rodgers’ greatest strengths as a coach lies in his ability to adapt yet even he struggled to find solutions to a terrible injury plight, that deprived him of three-quarters of his defence for a handful of Leicester’s opening games. Unquestionably, the losses of Fofana, Evans, Bertrand, Justin and, later, Wilfred Ndidi who brilliantly shields the Foxes’ rearguard to little acclaim, contributed to a poor harvest of eight points from seven while it almost wholly explains why Leicester have presently conceded three times as many goals than at the same stage of either of the last two campaigns.

The recent return of Jonny Evans has helped significantly; a steadying organizer at the back, and with the treatment room now less populated it’s no coincidence that Leicester’s form has picked up of late, with an energizing victory over Manchester United crowned a week later by a well-deserved three points at Brentford. Even the possible absence of Jamie Vardy for this Saturday lunchtime clash won’t dilute the restoring confidence at the King Power, especially with Patson Daka available in reserve. The £23m summer signing is settling in nicely with five goals in eight across all competitions.

As for the visitors, it is refreshing to discuss the Gunners without having to resort to a thesaurus for close alternatives to ‘crisis’.  Three straight defeats – all of them abject – was the worst possible start to a defining season under Mikel Arteta and had many questioning his position. But Arsenal are unbeaten now in six, and though it would be an exaggeration to suggest all their problems are behind them, a front four of Smith-Rowe, Odegaard, Saka and Aubameyang promises much. The latter has scored seven in nine to date.

The home side are fancied for this one, but their defensive limitations remain an issue, last keeping a clean sheet on the opening day. Leicester to win but both teams to score at 15/4 therefore is a decent shout.

Patson Daka's last three games for Leicester across all competitions:

He's only started one of them. 😅 pic.twitter.com/t0DADtemXS

Since the start of October, Newcastle have been taken over by a consortium with incalculable resources, instantly making the Magpies – by some distance – the wealthiest football club in the world. They have relieved Steve Bruce of his position and made Graeme Jones interim boss though, by the time you read this, a new permanent manager may be at the helm with Paulo Fonseca and Lucien Favre among the leading candidates. And threading through all the unprecedented upheaval and fantasia has been endless speculation on who they might sign in January, with a compendium of top-six peripheral talent rumoured to be heading to the northeast.

As months go it’s certainly been an eventful and pivotal one at St James Park.

Yet Newcastle remain winless and furthermore have endured two sharp reality checks in recent weeks in the form of a weak capitulation to Spurs and a draw last weekend at Crystal Palace that saw the Eagles spurn all the best chances. Their circumstances may have changed, and dramatically so, but this is the same limited squad with the same limited capacity to scrape by.

Only Burnley have strung together fewer passes than the Magpies this term, as they voluntarily cede possession and ground, seeking to minimize damage at the back but only Norwich have conceded more and if this counter-intuitive strategy can be largely attributed to Bruce he was nowhere near Selhurst Park on Saturday when the visitors boasted just 25% possession and had their goal peppered with efforts.

And now here come Thomas Tuchel’s ruthless Chelsea to further heighten the analogy that Newcastle are presently a bedsit dweller with an enviable bank account. The title challengers have been breached on only three occasions this season in the league and are averaging a goal scored every 35 minutes. They will show no mercy to their hosts though we can realistically expect another early showing of resolve from Jones’ side as the crowd noisily urge them to transform their fortunes on the pitch as off it. Ultimately, as witnessed against Tottenham, it will be to no avail.

With Romelu Lukaku and Timo Werner both major doubts for this one, Chelsea will once again turn to their goal-scoring defenders who have collectively reached double figures already, but the most prudent bet derives from the Blues’ habit of scoring early. The visitors have only failed to convert in the first 45 minutes twice this campaign so the 9/4 available for Chelsea to win both halves jumps out.

Newcastle job. Talks will continue today between Paulo Fonseca and Magpies board – the agreement is getting closer on a long term contract. Not completed yet but negotiations ongoing. ⚪️⚫️ #NUFC

Fonseca prepared to accept if Newcastle board will give the ‘green light’.

When assessing the distinctly disappointing form and performances of these teams it amazes that they reside sixth and seventh in the league. Frankly, on recent viewings, mid-table would flatter them.

Manchester United’s profound loss to their hated rivals Liverpool at the weekend harshly stripped away the last veneer of doubt about their serious deficiencies that weaken every area of Ole Gunnar Solskjaer’s side. Up front, Cristiano Ronaldo may be an incredible talent, but his work rate leaves a lot to be desired, committing to fewer pressures (presses) than any forward in the Premier League this season. Just 2.7 per 90 minutes is a meagre figure that miserably pales to his peers.

Mason Greenwood can also be found in the bottom five of top-flight strikers. The pair have led United’s line together for 405 minutes this term, so it’s easy to understand why United’s midfield is so often by-passed; exposed and under-supported as it is.

Not that Fred, McTominay and company can be entirely excused. The Red Devils have collectively made the fewest tackles in the Premier League this season and this despite having only 57.5% possession, a number that is notably lower than their immediate rivals.

At the back meanwhile, a defence that has made more individual errors leading to shots than any other has kept only one clean sheet in their last 21 matches.

United may be much further down the road to a dark place than Spurs but this weekend’s hosts have also been a shadow of their usual selves in 2021/22 and seem destined for a season of toil and frustration. Only rock-bottom Norwich have taken on fewer shots and with Nuno Espirito Santo seemingly doubling down on caution throughout a difficult acclimatization period it has left Spurs looking pedestrian and predictable in possession. Against West Ham last week, Tottenham bossed proceedings but were so ineffective the Hammers allowed them to, hitting them on the break at will.

United should be backed to win a tense, tight encounter in North London at 11/8 but only because of their impressive away record while Harry Kane has an unusually poor return against them.

It is anything but a rare occurrence for the Toffees to lose at home, as they did to Watford last weekend. Six days earlier, West Ham left Goodison with the points, just like last season, and speaking of last term, under Carlo Ancelotti, the Merseysiders were an unpredictable outfit, often brilliant on the road, but devoid of ideas on familiar soil. In 2020/21, Everton lost on nine occasions in L4.

So to be stung by the Hornets was not necessarily a surprise while it felt entirely obvious that it would be former striker Josh King who would enact the most damage, completing an impressive hat-trick. What did raise some eyebrows, however, and indeed should be a major concern going forward, is just how passively Rafa Benitez’s side took the loss, a meek surrender that can only be partly excused by the depth of Everton’s injuries at present.

At the risk of succumbing to cliché, the Toffees do not typically accept defeat in such a tepid manner and the lack of fight is what most aggrieved the supporters who will be demanding a reaction at Molineux next Monday.

Is a side missing its central spine of Yerry Mina, Abdoulaye Doucoure, and Dominic Calvert-Lewin capable of responding strongly? For that let’s wait and see but again, we go back to their decent away record in 2021, picking up 37 points from a possible 57 last term on their travels while already this season they have beaten Brighton on the south coast and held Manchester United at Old Trafford.

Wolves however will likely be a trickier proposition and especially now Bruno Lage’s team have overcome a wastefulness that saw them execute 57 shots in their opening three fixtures only to lose each game 1-0. A welcomed improvement in Raul Jimenez can partly be credited for this because when the Mexican striker plays well Wolves’ front five tends to as a unit, while RB Leipzig loanee Hwang Hee-chan deserves special mention for immediately making an impact in English football. The 25-year-old has scored every 107 minutes since his arrival in August.

Elsewhere, Adama Traore will get posteriors off seats and have Everton’s defenders scrambling but though it is a remarkable feat to be the first player across Europe to reach 50+ take-ons, there have been no goals or assists resulting from his robust marauding. The winger’s lack of end-product continues to exasperate.

Back Hee-chan Hwang to score anytime at 12/5 in a bet builder that has Everton to score more in the second period than the first. The Toffees have converted 12 of their 15 league goals this season in the second 45.

Adama Traore has completed more dribbles than Arsenal in the Premier League this season 💪 pic.twitter.com/Vwh3DIWRhk