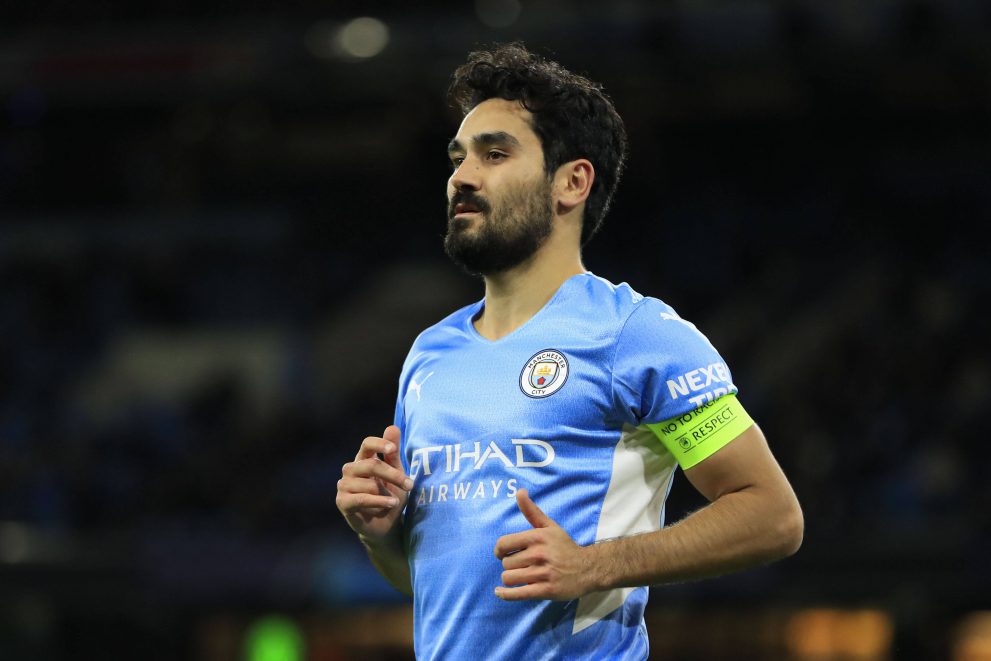 This weekend’s 186th Manchester derby would have been dominated by very different narratives had United’s win against Spurs last Saturday not happened.

Anyone affiliated with the red half of the city would have been fearful of another massacre at the hands of a hated rival, with memories still very raw of Liverpool leaving Old Trafford five to the good. Up to last week, Manchester City had scored 11 goals in their previous three games, while United had conceded 11 goals in the same time frame. A comprehensive defeat beckoned though any loss to the reigning champions, regardless of the score-line, would have surely left Ole Gunnar Solskjaer’s position untenable.

But with the Reds converting to three at the back at the Tottenham Hotspur Stadium, Cristiano Ronaldo and Edinson Cavani were allowed to start together for the first time and to very good effect. In defence, Raphael Varane returned from injury and had his best game in a United shirt to date, helping his side to a much-needed shut-out. All told, United’s 3-0 victory was a significant fillip.

As for City, they toiled without reward against Crystal Palace, firing a sixth blank of the season. Once again, Kevin De Bruyne was all-but-anonymous, clearly still struggling with injury problems carried over from the Euros while elsewhere Jack Grealish in particular, had a very bad day at the office.

A narrative that was so recently straightforward has now become muddled and open to interpretation.

A strand worth picking up however is United’s success at switching formation. In January and March of last year, the Norwegian twice deployed three at the back against their ‘noisy neighbours’ and twice won out, willingly surrendering possession to ensure solidity and shrewdly committing men forward on counters. It is likely the same strategy will be repeated here.

City last beat United in the league back in April 2019 and if learned behaviour is a plus for the hosts, so too is their habit of scoring late in games this term and last. Solskjaer’s side are 4/5 to score in the second period and that’s a useful addition to any bet builder. Conversely, the visitors specialise in scoring early, with just shy of a third of their total goal-haul in 2021/22 arriving inside half an hour. Guardiola’s men are 13/2 to net in the opening ten minutes.

Pep Guardiola on Ole Gunnar Solskjaer: "Of course [I feel a little sorry for him]. At United, everything that happens is doubled. The influence of them, like Liverpool, they are the greatest teams in England for many years. Their victories are double, defeats are double…"

The disparity between Newcastle’s fortunes, on and off the pitch could not be any starker. While their recent takeover has lavished the club with untold riches, bestowing upon them the kind of resources most Champions League giants can only dream of, they remain rooted in the bottom three, winless in ten. It is the Magpies’ second-worst start to a Premier League campaign, the 16th worst of any club since 1992, and even if there was evidence last weekend against Chelsea of an organized obstinacy that was previously lacking, they still conceded 79% possession and lost comprehensively.

“We don’t want to play this way, but it is where we are at the moment,” stand-in boss Graeme Jones said post-match of his team’s absence of adventure and some sympathy is warranted for someone having to manage the situation, all things considered.

Much of the same prudency can be expected on the south coast this Saturday for the late kick-off as Newcastle seek their first clean sheet of the campaign. Up front, it’s really not too bad for the relegation strugglers, scoring 1.1 goals per game and which is the same amount as their forthcoming opponents, but that is where the similarities end.

Brighton, by comparison, are flying at present, buoyed by another fine performance and result at Anfield that added to a compendium of impressive displays this term. Four draws in their last five games reveals a stoicism that has produced the fifth-best defensive record in the top-flight. Offensively, meanwhile, Neal Maupay and Leandro Trussard seemingly take it in turns to be the star man. These two are supplemented well by the driving runs of Bissouma and Mwepu.

Newcastle will defend in numbers and very possibly defend well, but Brighton have various ways now of finding a way and a 2-0 home win at 15/2 looks about right.

As an aside, back cards and plenty of them. Brighton and Newcastle are joint top for bookings received this season.

The appointment of Antonio Conte changes everything for this contest, with Spurs previously going into it mired in poor form and burdened by statistics that damned them.

No team in the Premier League has committed to fewer shots this term, a fact that largely explains why only Norwich have scored fewer goals. The Canaries spare Tottenham from being bottom of the XG table too while on a more subjective basis it is difficult to identify a player – any player – and truthfully claim they have performed to anything like their capacity this season.

The latter point is best epitomized by Harry Kane, a figure so integral to Tottenham’s success that Pep Guardiola once mocked them for it before tabling a £100m-plus bid to put an end to their reliance. The England striker has only one goal and assist this season compared to 16 by the same stage last year and has generally appeared to be present on the pitch in body alone.

Coming into this game, Spurs were moribund and flailing.

Precisely to what extent Conte – a serial winner – can transform his new side in a matter of days remains to be seen, but realistically the answer will be located between very little and not much at all. Crucially, however, Dele Alli, Lucas Moura and company will put the miles in on Sunday and endeavour to impress their latest gaffer. And against this Everton side, that may well be enough.

For the Toffees are Tottenham in the making. Even a spirited second-half showing at Wolves on Monday cannot disguise that Rafa Benitez’s injury-ravaged team are a pale imitation of their usual selves at present, succumbing to three defeats on the bounce with the minimum of resistance and notably being out-classed for large spells in the bargain. The 29/20 available for an away win may shorten slightly in the days to come. Whatever it shortens to will still have some value.

The Hammers last beat Liverpool in the league way back in January 2016 but that has very little bearing on their fantastic season to date, continuing a successful 2020/21 that saw David Moyes’ side finish in the top six. With five consecutive victories across all competitions, and with no injury concerns to boot, they are in the best possible fettle to face the title-challenging Reds. What’s more, their chances of a result are boosted by Declan Rice’s superb form throughout October while Michael Antonio is scoring at a rate of a goal every 115 minutes.

Yet picking out individuals goes against the ethos of this collective who possess a wealth of attacking threats but crucially all work hard as a unit. That admirable ethic gained them three points at Goodison recently and took Manchester City to penalties in the Carabao Cup and this togetherness compensates for the occasions when chances go begging. When it all clicks though, they can be a formidable and multifaceted proposition, as Newcastle, Leicester and Aston Villa will testify, with the Hammers putting four past each. Only Liverpool and City have committed to more shots in the league this term.

If this suggests Jurgen Klopp’s side face a particularly tough outing, what will especially concern them is the fact their hosts’ dominance in the air has led to West Ham winning 16.8 aerial duels per game. Away to Brentford at the tail-end of September, Liverpool notably struggled with high balls with their coach admitting after a tremendously enthralling contest that, “We lost a lot of heading challenges and that cost us momentum.” It is a weakness the wily Moyes will surely look to capitalize on.

Even so, this is free-scoring Liverpool, with a league-high of 29 so far, ten of which have come from the lethal feet of Mo Salah. It is hard to imagine them failing to net mainly because that has not happened yet ten games in.

Michael Antonio is 15/8 to score anytime and that’s a tempting punt but a better bet lies in the prolificacy of both teams and to strengthen this point we end as we began: by studying the form of this game’s predecessors. The last ten meetings between these sides has produced 3.9 goals per game and 6/5 is offered up for another 3+ thriller here.

We are massive. That is all. pic.twitter.com/zLo4Cl7rzO