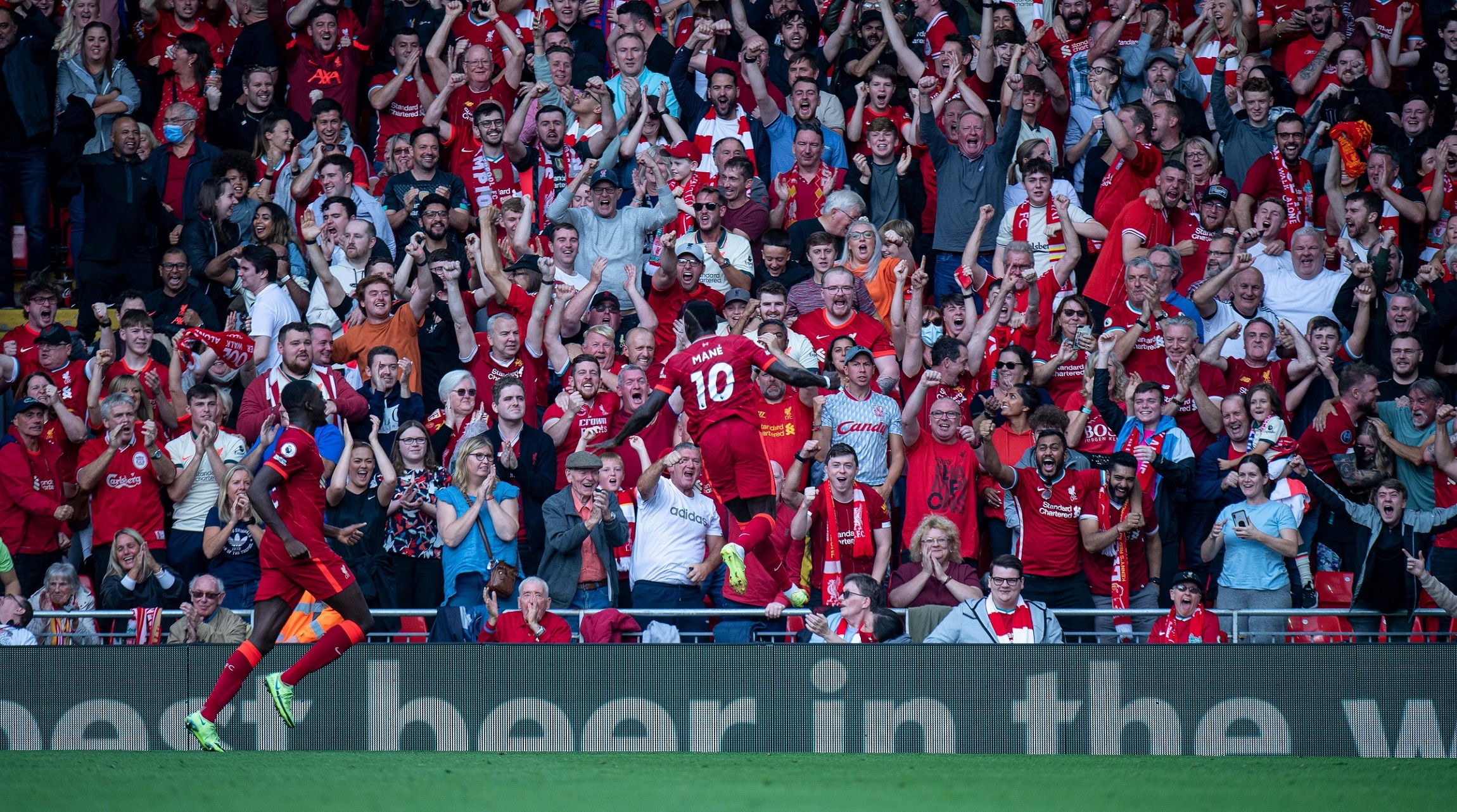 Last season, at this same early juncture, Everton were proudly sitting atop of the Premier League, having gained 13 points from their opening six fixtures. Manager Carlo Ancelotti was being praised to the rafters while the Toffees themselves were widely being tipped as a decent outside shout to finish top four.

This time out, the Merseyside club lie in fifth and though the Goodison Park faithful are beginning to seriously warm to new boss Rafa Benitez, there are scant plaudits for his impact beyond L4. This is strange because from their opening six fixtures Everton have again gained 13 points.

Apart from a second-half disaster-class at Villa Park, the Toffees have been excellent this term, twice coming from behind to win and showing plenty of attacking aptitude to go with their obvious resolve. Down the flanks, Andros Townsend and Demarai Gray have injected the team with energy and though doubts remain about how consistent this might prove, right now Everton are benefiting from their output enormously.

"I'm really pleased everyone is happy with him"

Rafa Benitez on the incredible impact made by Andros Townsend… pic.twitter.com/wANAgxZbRG

The same applies to their goals. Last year, six games in, Dominic Calvert-Lewin had notched 50% of his side’s goal-tally but encouragingly that reliance is no longer there, with the front-line sharing around the burden. Further encouragement comes from acknowledging that Richarlison — Everton’s difference-maker when difference is needed — is still some way off from hitting top form and the best is yet to come.

This multifarious threat by extension makes Benitez’s side harder to pin down for opponents and less likely to endure a collective off-day. They should be considered a good outside shout to finish top four.

For that to happen however, they must carry over their terrific away record from last season and Old Trafford on Saturday will certainly be a rigorous road-test. It is a ground where they last emerged victorious in 2013 and here they take on a team hurting from an immensely frustrating loss to Aston Villa last weekend that saw the Reds compile 28 shots to no avail. Only Wolves, Liverpool and Manchester City have missed more big chances than United this season and a sharper clinical edge is needed if their title aspirations are genuine.

In truth, this is a difficult game to call, with United blowing hot and cold at present yet stacked with individual match-winners, while Everton are still in the process of confirming their credentials, for all their promise and early brightness.

Perhaps the fixture itself then offers up the biggest clue, for this is a game that consistently produces goals. There have been 2.8 per game in the last 20 league meetings. For the last 0-0 meanwhile we must go all the way back to 2004.

What a difference can be made from simply flipping over a page on a calendar.

Three opening losses across August had Arsenal firmly entrenched in crisis and if the results were damning, the lack of togetherness and organization on display placed genuine pressure on Mikel Arteta’s position. Against Brentford, the Gunners misfired. Against Chelsea, they looked naïve. Saving the worst until last, from their 5-0 hammering at Manchester City, they managed a solitary attempt on goal, that off target.

Two consecutive 1-0 wins over relegation contenders Norwich and Burnley helped turn things around in September but it took a rousing derby victory last weekend to really put the North London giants back on their feet. From a narrative of doom-and-gloom suddenly Martin Keown on Match of the Day was describing Pierre-Emerick Aubameyang playing advanced of Martin Odegaard, Bukayo Saka and Emile Smith Rowe as the ‘famous four’, a quartet that can carve out a bright future at the Emirates.

Only now comes Brighton away, and not only is this precisely the kind of fixture that has routinely undone Arsenal in the past — memories are still raw of a 95th minute concession at the Falmer Stadium in 2019 — but the Seagulls are flying at present, a superb start to their campaign placing them sixth.

Two crucial last-gasp strikes in recent weeks should have the visitors worried that history might cruelly repeat itself, but a new-found confidence at the back compensates for that. As good as they have been, Brighton have committed to the third fewest number of shots — 57 — this term and ultimately the Famous Four might just prove to be the difference.

Arsenal are an attractive 7/5 to further their recovery and leave the south coast with the points.

Tottenham’s second consecutive annus horribilis once again offers up an opportunity for a well-managed, ambitious club to audition as their ‘top six’ replacement and it was a vetting process that the Hammers passed with flying colours last term, attaining European football against all expectation. Can they do so again in 2021/22?

David Moyes’ men are certainly going the right way about it, picking up 11 points to date — a superior return to this stage last season — and twice winning games after trailing to early strikes. A recent defeat to Manchester United at the London Stadium is the only blot on their copybook and even that resulted from last-gasp drama at both ends that could have swung the contest either way.

Michail Antonio’s six league goals have been integral to the Hammers carrying on where they left off but Said Benrahma deserves mention too, the 26-year-old finally showing his class after a disappointing first campaign in the top-flight. Benrahma is 9/4 to score against his former club Brentford in East London this weekend and that represents better value than backing Antonio or Ivan Toney, this fixture’s two principal hitmen.

It is a measure of West Ham’s progress that they go into Sunday’s clash as firm 8/11 favourites but ironically it is a rare failure on their part that really illustrates how far they’ve come. The despondency felt across the fan-base following a draw at Southampton earlier this month was pertinent because prior to Moyes’ arrival it would surely have been viewed as a decent point.

If West Ham are intent on dislodging Spurs from the elite, they have themselves been usurped to another claim as unquestionably it is Brentford who are now the nation’s second favourite team. The manner in which Thomas Frank’s side tore repeatedly into Liverpool last Saturday, unrestrained and cup-final committed, was exactly how people hoped they’d attack the Premier League, and if the Bees tempered their approach a little for their opening weeks it appears they are now ready to bare their teeth.

This bodes well for an exciting match-up between these excelling sides from the capital.

Though Chelsea and Manchester United have had a look in, there can be little debate that Liverpool and Manchester City have dominated the highest echelon of the Premier League in recent times, to the extent of a duopoly forming. In 2018/19 both creations were in sleek and superb shape, losing a meagre five games between them, as they dueled all the way to a gripping finale. The title ultimately was decided by a single point.

The season after saw City take a stumble or three, leaving the coast clear for Jurgen Klopp’s ‘mentality monsters’ to secure their first ever Premier League crown at a canter while last year the roles were reversed, with Liverpool stuttering and City resplendent.

The reason for this potted history is because the Merseysiders’ blistering early form has strong echoes of their brilliant football of two and three years ago, the same goes too for Mo Salah’s scoring ratio that currently stands at six in seven. As for City, they continue to rack up the clean sheets — five in six games with just the one league goal conceded so far — while 24 goals across all competitions is evidence enough they are blowing teams away again, as is their want.

Not even Ian Rush, Roger Hunt, Luis Suarez, Robbie Fowler or Steven Gerrard managed it as quickly as him.

Which makes City’s trip to Anfield more than a proverbial ‘six-pointer’. At this stage of a campaign momentum is hastened or stalled and meaningful statements are made.

Last season, Pep Guardiola’s eventual champions comfortably won out 4-1, thus ending a prolonged hoodoo at the ground that dated back to 2003. But that was against a Liverpool shorn of their superpowers and in an empty stadium to boot. Can they do so again, amidst a fiery atmosphere, with Salah, Mane and co all ravenous and looking to capitalize on every minor mistake?

They absolutely can, judging by their defensive masterclass at Stamford Bridge last Saturday but still, the smart money takes us back to 2019, to the away side enduring a breathtaking blitzkrieg that resulted in a 3-1 loss.

“There’s something about it that you will find in no other stadium in the world,” Guardiola once said of Anfield. “They score a goal and over the next five minutes you feel that you’ll receive another four. You feel small and the rival players seem to be all over.” Pep knows.

Another pulsating 3-1 is tremendous value at 22/1.