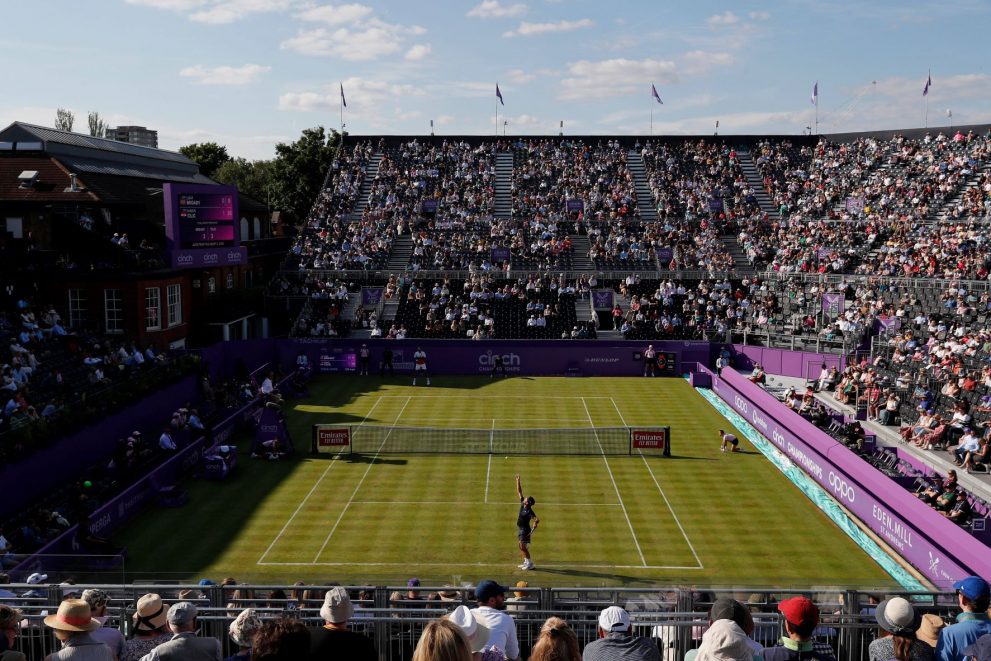 By Graham Ruthven
Everyone that plays the Queen’s Club Championships has one eye on Wimbledon just around the corner. It is the unofficial warm-up tournament for the most prestigious Grand Slam on the tennis calendar, but Queen’s comes with its own prestige. As an ATP 500 event, it also comes with some valuable points.
Those points are even more valuable than usual this year with countless players set to lose sizeable hauls from 2021’s Wimbledon due to ATP sanctions on the SW19 tournament. The winner of the 2022 Queen’s Club Championships could reap the rewards later in the season through higher seedings and automatic entries.

Matteo Berrettini is one such player who faces a tumble down the rankings. The Italian made last year’s Wimbledon final after winning Queen’s and so he must repeat the latter achievement to stay in the top 20. The good news for Berrettini is he is playing at a high level after returning from injury, winning last week’s Stuttgart Open.
Berrettini (3/1 to win Queen’s) is typecast as a player with little more than a booming serve and a powerful forehand, but grass courts bring out other qualities of his game. Indeed, the 26-year-old has a softer touch than many give him credit for which allows him to mix things up when he has to rally from the back of the court.
Five-times Queen’s champion Andy Murray would have been one of the favourites to go all the way at the West Kensington venue once more had the former world number one not suffered an abdominal injury in last week’s Stuttgart Open final. Murray had beaten Stefanos Tsitsipas and Nick Kyrgios on his way to a meeting with Berrettini in Germany and was level at 1-1 in the final when he strained something in his stomach.
Murray still hopes to be fit enough to play at Wimbledon, but his grass court ambitions for this year have taken a hit and with Cam Norrie and Dan Evans dumped out in the first round Jack Draper is the only homegrown contender to win Queen’s this year following an extremely impressive dismantling of Taylor Fritz.
Draper has enjoyed an excellent 2022 so far, winning a series of Challenger events and breaking into the ATP top 100 for the first time. He has backed this up with good showings at Masters 1000 events in Madrid and Rome and has his sights set on a deep run at Queen’s as he grows accustomed to a new surface.
Grigor Dimitrov will be a force to be reckoned with at Queen’s. The Bulgarian saw off British number one Cameron Norrie in the first round and has already won the tournament back in 2014. Grass suits Dimitrov’s game and there’s a sense he could enjoy a strong summer with Wimbledon (where he is a former semi-finalist) on the horizon.

Marin Cilic (11/5 to win Queen’s) is in resurgent form after reaching the semi-finals of Roland Garros. The Croatian needed a deciding set to see off Liam Broady in the first round on Monday, but is back up to number 17 in the rankings and has the game to succeed on grass, as demonstrated by his impressive record at Queen’s – Cilic is a two-time champion and two-time finalist.
Cilic has 78 wins in 109 career matches on grass, which is the best win percentage on the surface outside of the ‘Big Four.’ A difficult second round match against the unpredictable Alexander Bublik awaits the Croatian, but the draw has opened up for him after Fritz’s surprise loss to Draper on Monday.
Casper Ruud (34/5 to win Queen’s) is the number one seed for this year’s Queen’s Club Championships with the Norwegian fresh from making his first-ever Grand Slam final at Roland Garros. However, Ruud is a clay court specialist and has never made it past the first round at Wimbledon. Until his first round match against Ryan Peniston, Ruud hadn’t played a competitive match on grass in a year.
Denis Shapovalov has the game to succeed on grass, as proven by his run to the semi-finals of Wimbledon last year, but the Canadian has struggled for form over the last few months. Shapovalov suffered a shock defeat to Oscar Otte at the Stuttgart Open and was dumped out of the first round of the French Open too. The 23-year-old needs a good run at Queen’s to regain his confidence.
Alex de Minaur claimed a notable straight sets victory over Reilly Opelka in the first round and could use a good run at Queen’s after a disappointing period of the season. The Australian looked to be finding form over the Spring, making the final four at the Barcelona Open in April, but lost in the first round at Roland Garros.
Stan Wawrinka (an outside bet at 32/1) has shown signs of his best form in recent weeks with the three-time Grand Slam winner making the round of 16 at the Rome Masters. That didn’t translate into a strong showing at Roland Garros, but the 37-year-old appears to be over the worst of his fitness issues and could be a difficult opponent over the summer.
None of the ‘Big Three’ will compete at this year’s Queen’s Club Championships with neither Novak Djokovic nor Rafael Nadal playing a warm-up event before Wimbledon. It’s not even clear that Nadal will appear at SW19 with the Spaniard still recovering from a foot injury that has dogged him for months. Roger Federer, who usually favours Halle over Queen’s, is also expected to miss Wimbledon.
New world number one Daniil Medvedev is also missing from the Queen’s entry list with the Russian choosing to warm-up for Wimbledon at Halle instead. Tsitsipas, Felix Auger-Aliassime and Andrey Rublev are also in Germany. Nonetheless, Queen’s Club has crowned great champions in the past and it will crown another this year.