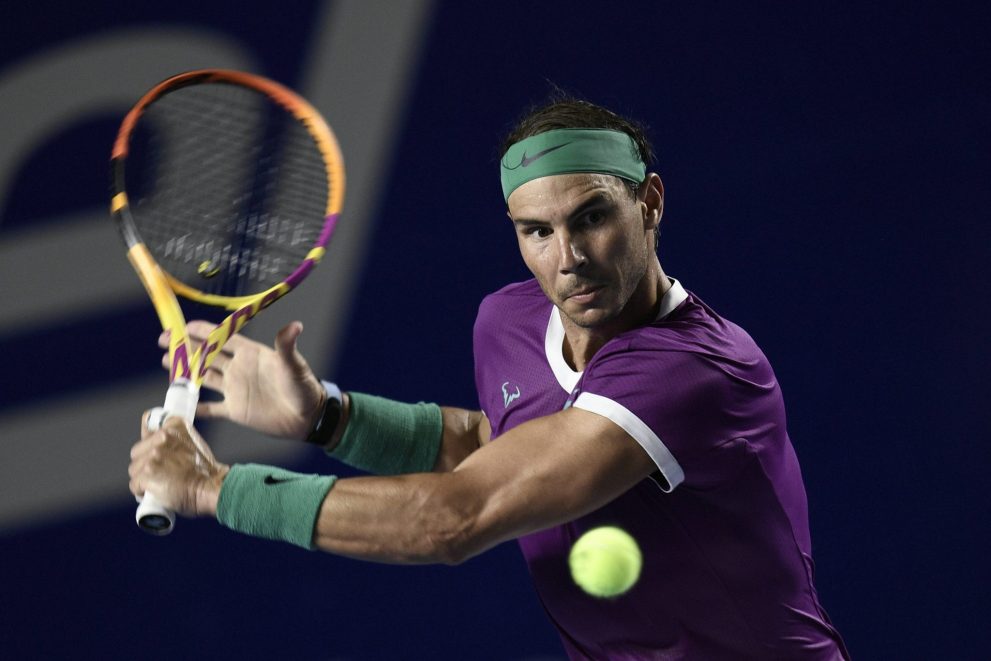 Just five months have passed since Paula Badosa and Cameron Norrie claimed the biggest titles of their respective careers at Indian Wells, but the great and good of men’s and women’s tennis has gathered once again in the Californian desert to once again participate in a tournament widely considered the sport’s fifth Grand Slam.

Held in an unfamiliar October time slot last year, the BNP Paribas Open is once again being played in March. The field on both sides of the draw looks to be stronger in 2022 than it was in 2021, although Novak Djokovic will be missing just as he was at the Australian Open due to his vaccination status.

Of course, Djokovic is no longer the world number one with the Serbian dethroned by Daniil Medvedev. Nonetheless, Djokovic’s absence will encourage a number of challengers targeting the Indian Wells title, not least Medvedev who has still to pick up his first championship of the new season.

Medvedev might be the new world number one, becoming the first non-‘Big Four’ player to reach such a milestone since Andy Roddick in 2004, but Rafael Nadal is the player to beat in men’s tennis right now. The Spaniard has yet to lose a match in 2022 and has won titles in Melbourne, Acapulco and at the Australian Open. All this just months after returning from injury.

2021 champion Norrie might not be on a 15-match winning run like Nadal, but he returns to Indian Wells in excellent form having made the final in Acapulco (where he lost to Nadal) two weeks ago. The conditions in the Californian desert and the court at the Tennis Garden clearly suited the British number one last year and with a good draw he could make another deep run.

Stefanos Tsitsipas will be a threat despite being upset by Norrie in Mexico two weeks ago. The Greek has struggled for his best form in the early stages of the season, but recently made a final at the Rotterdam Open. Tsitsipas’ conqueror in the Netherlands, Felix Auger-Aliassime, looks to have taken the next step in his development. On his day, he can dictate points as well as anyone else on the tour.

Former world number one Andy Murray has received a wild card, but enters the BNP Paribas Open in underwhelming form following chastening defeats at the hands of Jannik Sinner and Roberto Bautista Agut. Meanwhile, Andrey Rublev is fresh from winning the Dubai Tennis Championships — the Russian will expect to make the quarter-finals at least here.

Then there’s Carlos Alcaraz. The teenage Spaniard enjoyed a breakthrough year in 2021 and already looks to be building on that, winning his first ATP 500 title at the Rio Open last month. In doing so, Alcaraz became the youngest player to have such a prestigious tournament, adding substance to the argument that he is men’s tennis’ next superstar-in-the-making.

Ash Barty was set to arrive in California as the dominant world number one having triumphed at the Australian Open earlier this year. The 25-year-old is playing the best tennis of her career, but hasn’t taken to a competitive court since lifting her third Grand Slam title on home soil in late January and will miss out here due to fitness concerns.

Number two seed Aryna Sabalenka has recovered from some early-season serving issues and made the quarter-finals of the Qatar Open where she was beaten by Iga Swiatek, the Pole who will be a threat at Indian Wells. Swiatek has been impressive in recent weeks, winning the Qatar Open after making the semi-finals of the Australian Open.

The form player in California could be Jelena Ostapenko who beat Simona Halep, Petra Kvitova, Sofia Kenin and Swiatek on her way to winning the Dubai Tennis Championships. The Latvian is renowned as a clay court specialist, but has shown her ability on a slow hard court, the likes of which she will play on at the Tennis Garden.

Garbine Muguruza was defeated by Ostapenko at the Qatar Open and suffered a disappointing Australian Open, losing in the second round as the number three seed. However, the Spaniard is a streaky player and has the aggressiveness to blow away opponents when she finds her range from the back of the court. Muguruza will be a dangerous threat in the draw.

Naomi Osaka has been handed a wild card to compete in the BNP Paribas Open after tumbling down the rankings. The four-time Grand Slam winner hasn’t played much tennis over the last 12 months or so and expectations will be low for her in Indian Wells, but this is an event where Osaka won her first WTA singles title all the way back in 2018. Muscle memory could help her.

Due to the withdrawal of Camila Giorgi, Naomi Osaka has moved into the main draw via direct entry.@D_Yastremska has been awarded a main draw wild card into the 2022 BNP Paribas Open. pic.twitter.com/mj2cVTTVX5

US Open champion Emma Raducanu hopes to be fit enough to compete in the Californian desert with the young Brit struggling to stay injury-free. Raducanu was thwarted by blisters at the Australian Open and suffered a hip injury at the Guadalajara Open. Merely making it through a match or two in Indian Wells would give her something to build on.

Another young star, Coco Gauff, claimed a series of impressive wins at the Qatar Open, seeing off Badosa, Caroline Garcia and Shelby Rogers on her way to the tournament’s quarter-finals, and will be playing in front of a home crowd at the Tennis Garden. Gauff might not have made the huge leap forward like Raducanu did in winning her first Grand Slam title, but she continues to develop at a steady pace.

Badosa and Norrie upset the established order by winning the BNP Paribas Open title last year, but tennis found itself in a peculiar mid-pandemic state back then. While Covid-19 continues to present real-world and sporting obstacles, there is a sense that tennis has finally found some normalcy again and there is plenty to suggest Indian Wells will stage some of the best, most compelling matches of the entire season.