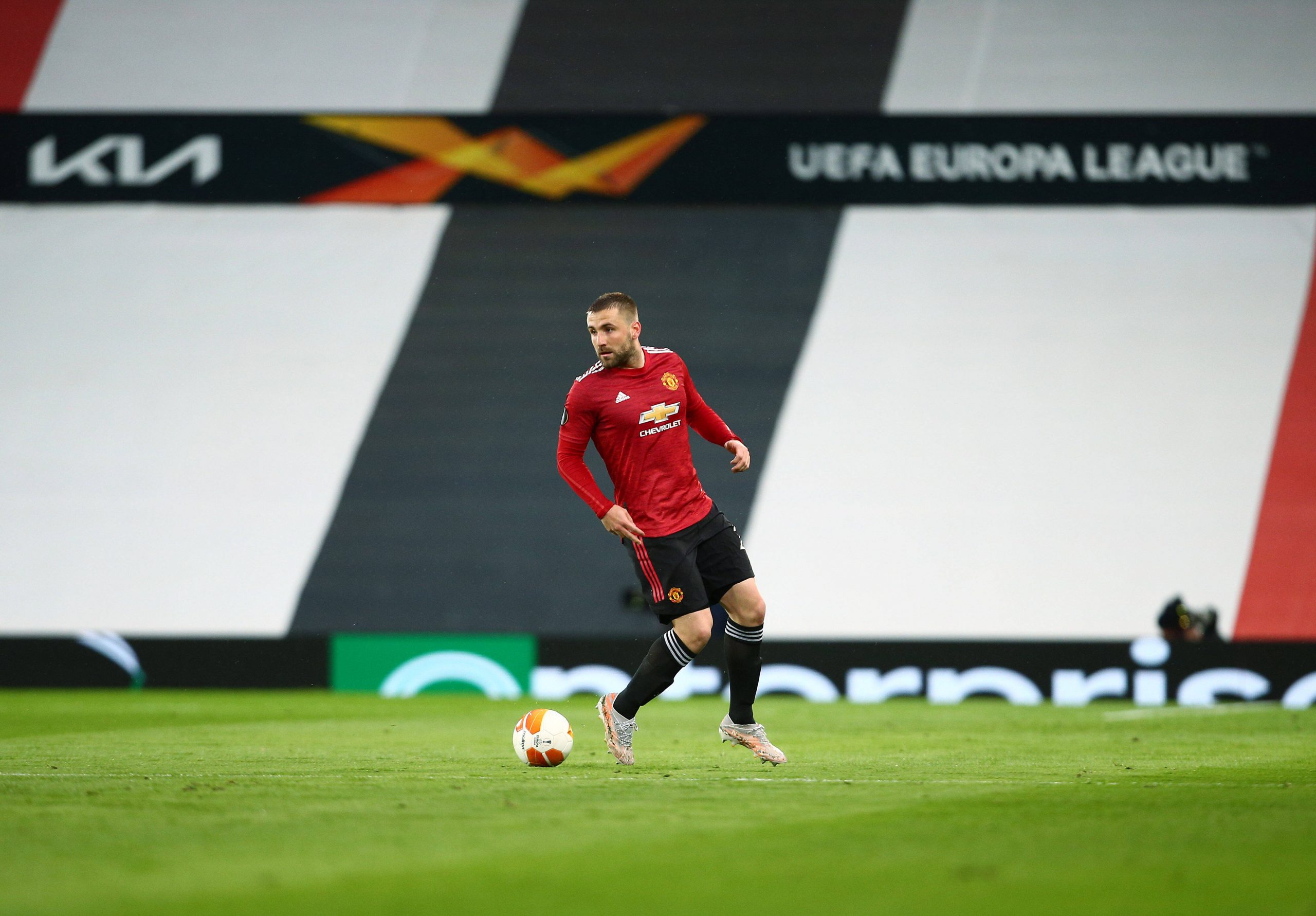 Not since the retirement of Sir Alex Ferguson has an individual player made such a profound impact on Manchester United as the one Bruno Fernandes has. The landscape at Old Trafford has shifted dramatically since the Portuguese midfielder arrived from Sporting CP in January 2020 and he’s been named United’s Player of the Year for the second year in a row.

However, it could be argued that this accolade should in fact belong to Luke Shaw, who was voted the club’s Player’s Player of the Year. Not so long ago, such a claim would have been unimaginable. This time last year, the 25-year-old faced an uncertain future. Alex Telles was seemingly signed to replace Shaw who, despite glimpses of his ability from time to time, had failed to fulfil his undeniable potential.

A lot has changed since then. Telles has barely featured as Shaw has become one of Ole Gunnar Solskjaer’s first names on the team sheet. The 25-year-old is fitter and sharper than has ever been the case at Manchester United, giving his team the outlet down the left they have lacked since Patrice Evra left the club.

Shaw has systematically and methodically added to his game. He has always been a good crosser of the ball, but his refusal to overlap was denying United another attacking dimension. However, the sight of Shaw rushing past Paul Pogba or Marcus Rashford on the left-wing is now a common one.

If Andy Robertson was previously considered the best left-back in the Premier League, Shaw has surely surpassed the Scot. His statistics this season are certainly more impressive. While Robertson has averaged 1.6 key passes per game, Shaw has averaged 2.5. Shaw’s cross accuracy stands at 31% while Robertson’s is only 21.2%. He is also averaging more dribbles per match – 1.1 to 0.7. Robertson enjoyed a better game than Shaw on Thursday night, but that doesn’t mask the contrasting fortunes of the two left-backs this season. The 25-year-old has found another level illustrated by the fact no other Premier League has created as many chances (50) as Shaw in 2021. He created 11 in back-to-back games against Burnley and Leeds United last month.

Luke Shaw has now created 66 chances in the league this season, Filip Kostić (80) is the only defender in Europe's top five divisions with more.

The best the Premier League has to offer. 🎯 pic.twitter.com/QsG72Fhjfw

As recently as April 26, Shaw had created as many goalscoring chances this season as Lionel Messi (66). While the left side of United’s defence was seen as something of a wasteland for a number of years, it has now become a key channel for them. That is down to Shaw’s improved mobility and productivity.No Manchester United player has a better crossing average than Shaw (1.8) this season. He is behind only Fernandes in terms of key passes per match (2.3). For context, Telles has averaged just 1.4 key passes per match in the Premier League this season. The Brazilian, signed for his impressive attacking numbers, has been shown up by the player he was supposed to replace. Solskjaer deserves credit for the role he has played in turning Shaw’s Manchester United career around.

The Norwegian has improved a number of his squad (see Fred, Victor Lindelof, Anthony Martial and Rashford), but none quite as drastically as Shaw, who has even forced his way back into the England squad.“His man-management is second to none,”

Shaw recently explained when asked what sort of influence Solskjaer has had on him. “The way he conducts himself in terms of how he speaks to the players, it gets the best out of them. You can see that. He deals with situations perfectly in terms of what is needed, especially at a big club like Manchester United.

“He takes the pressure off the lads and takes it all himself. Sometimes it is not fair because we are the ones on the pitch and we need to take our fair share too. For me, especially, from what I had before Ole came in, it is a total difference. It has pushed me to a new level.”

Jose Mourinho was the wrong sort of manager for Shaw. The Portuguese coach repeatedly criticised the left-back in public in the hope that it would bring the best out of him. It did the opposite, breaking down Shaw’s confidence. This desperate lack of self-assurance was clear in his poor performances. In contrast to Mourinho, Solskjaer has put his arm around Shaw and built him back up, both as a player and a character. The Norwegian has instilled belief in the left-back. For all that Solskjaer has still to prove himself as a natural tactician, Shaw stands as the embodiment of his best qualities as a coach.

🗣"Ole helped him a lot, it was a difficult season with Luke [Shaw] and Mourinho and it proved he has the quality he always had."

Paul Pogba talks about the difference in man management between Mourinho and Solskjaer at Manchester United pic.twitter.com/XLDdYQoUCN

Shaw’s improvement gives Aaron Wan-Bissaka hope that he can also raise his game on the other side of United’s back four. While the 23-year-old is renowned for his defensive capabilities, he is uncomfortable as an attack-minded, modern full-back. This frequently leaves Solskjaer’s side short-handed on the right, something that is further exposed by their lack of a true right-winger. Wan-Bissaka is trying, though, demonstrated by the assists contributed in back-to-back games against Aston Villa and Liverpool.

He might never be the most technically gifted full-back creator, but Shaw has set an example for his teammate, and all teammates at Old Trafford, on how to work on weaknesses. Fernandes’ numbers this season speak for themselves, with his tally of 28 goals and 16 assists making him a deserved winner. He is the attacking hub of Solskjaer’s team. When United need a moment of decisiveness, Fernandes is most frequently the one who delivers it. What’s more, he demands the best of others around him. Vocally and in the example he sets.

It's easy to see why Bruno Fernandes was named Man Utd Player of the Season (again). 🤯 pic.twitter.com/YEn78YBOzq

However, Shaw has been more consistent over the course of the season. While Fernandes, who recently scored just once in seven Premier League fixtures, has faced accusations of going missing in the biggest games, Shaw has often found his best form against the best teams. There is nobody better at Manchester United than Fernandes at posting big numbers, but Shaw has changed the way they play and for that, he was deservedly voted by his fellow teammates as their best player this season