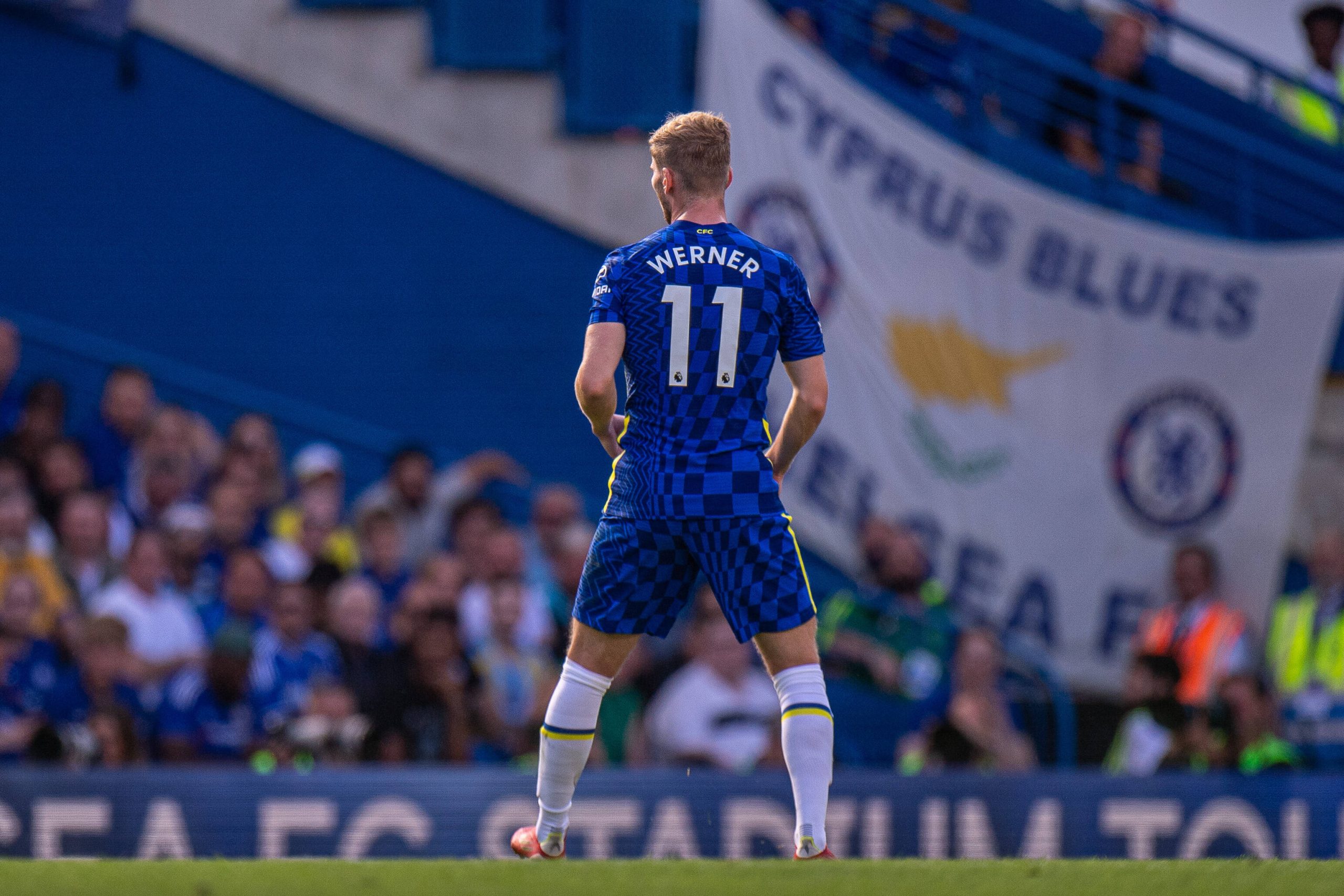 In five of the last eight summer transfer windows, Chelsea have welcomed a new big-money centre forward to the club. From Diego Costa to Alvaro Morata and a few others in between, the Stamford Bridge outfit have developed something of an obsession with finding the next world-class striker to lead their attack.

Last summer, it was Timo Werner who pitched up as Chelsea’s new frontman. Signed for the best part of £50m from RB Leipzig, the German arrived on the back of a Bundesliga season which saw him net 28 times in just 34 appearances. Yet those numbers evaporated almost as soon as Werner pulled on the blue shirt.

Werner mustered just six goals in 35 Premier League games last season, becoming a figure of derision for some as he made a habit of spurning golden opportunities to find the back of the net. With Romelu Lukaku returning to Chelsea from Inter, it could be claimed Werner has been replaced.

Back in the building! @ChelseaFC pic.twitter.com/wcAXdnIhzZ

That, however, would be an overly simplistic reading of the situation. While Werner may not be the player Chelsea expected him to be, the 25-year-old could still be an extremely valuable asset. It’s entirely possible Lukaku hasn’t been signed to replace Werner in Thomas Tuchel’s lineup, but to play alongside him.

Chelsea never really understood Romelu Lukaku. At least, Jose Mourinho didn’t. For a time seen as the Stamford Bridge club’s next great centre forward, the Belgian only made a handful of appearances as he was farmed out on loan more than once and ultimately sold on without ever given a true chance to prove himself.

Even when Mourinho pressed for Lukaku’s signing as Manchester United manager, the centre forward’s qualities and characteristics as a frontman were misinterpreted. Now, though, after two seasons at Inter, where Antonio Conte brought the best out of the 28-year-old, plenty see Lukaku for what he is – one of the best all-around strikers of his generation.

This Lukaku transformation is incredible man. Everyone knows he isn’t the same player he once was at United.. pic.twitter.com/VzQxRD3cFB

Tuchel is clearly among Lukaku’s admirers, with the Belgian returning to Chelsea to play under the German coach. Even after winning the Champions League last season, Tuchel prioritised the addition of a world-class goalscorer to lead his attack and in Lukaku, he has that figure.

However, Lukaku must be used in the right way to unlock his full ability. Tuchel must follow Conte’s lead by doing all he can to give the Belgian space to run into. While Mourinho saw Lukaku as a static frontman to hit with crosses and loft passes into his chest, Conte recognised his capacity as a ball carrier and a dribbler.

What’s more, Conte anticipated how Lukaku would thrive with another attacker alongside him to link up with and play off of. At Inter, that partner was Lautaro Martinez, who had the pace and directness to keep up with Lukaku on their rapid counter-attacks. This is where Werner could find his place in the Chelsea team this season.

Which great Inter striker of the past did Lukaku remind you of the most? For me individually Christian Vieri, but as a duo, he and Lautaro were like the deluxe version of Aldo Serena & Ramon Diaz

Indeed, an attacking duo of Lukaku and Werner could be a frightening one. There’s no certainty that the pair will develop chemistry as a partnership, particularly in the early phase of the season, but the attributes are there for Tuchel to replicate Conte’s blueprint and use Werner as his very own Martinez figure.

So much of Werner’s game is about finding space. Nicknamed ‘Turbo Timo’ during his time in Germany, the 25-year-old was last season clocked as the fifth-fastest player in the Premier League (21.7 mph). Even his team-high average of 0.8 offsides per match, while frustrating for fans, proved how his game is all about playing on the shoulder of the last defender and bursting in behind.

Is Timo Werner the fastest player at Chelsea? 🔥

Despite the flaws in his first season at Chelsea, Werner still proved to be an effective final third hub for the Blues – nobody averaged more shots per Premier League appearance for Chelsea (2.3) than the German. He was also among Chelsea’s most prolific dribblers (0.8 per game) and notched more assists (eight) than any other player at the club.

Chelsea might have signed Werner to be a goalscorer, but he emerged as a facilitator instead. Whether it’s on the left side of a front three, through the middle or as one half of an attacking pair, the German might benefit more than anyone else from the arrival of Lukaku at Stamford Bridge this summer.

“He [Lukaku] has the kind of profile which likes to play with his back towards the opponent’s goal, who likes to hold the ball up, create space for Kai Havertz, for Timo Werner and for Christian Pulisic,” Tuchel explained when asked how Lukaku’s signing could actually bring the best out of the attackers already at Chelsea. “He is the kind of profile we don’t have in our squad right now, that we are looking for if it’s possible to sign.”

Tuchel might have to remould his Chelsea team in order to truly harness Lukaku and Werner, but his side is already a work-in-progress. The Blues might have gone all the way in the Champions League last season, but that triumph came well ahead of schedule. It’s only now, with a pre-season on the training pitch, that Tuchel will be able to truly implement his own ideas and methods.

This season will provide a greater indication of what Tuchel wants Chelsea to be under his stewardship and clearly, the signing of Lukaku will play an important role in that. The German coach reportedly pressed hard for the Stamford Bridge club to sign a centre forward in the Belgian’s mould with Erling Haaland and Harry Kane also considered.

Werner is also well-placed to be an important part of that vision even after a difficult first season in England. Just because the German isn’t what Chelsea expected doesn’t mean he can’t be a success at Stamford Bridge. In fact, his chances of success have greatly improved over the summer.