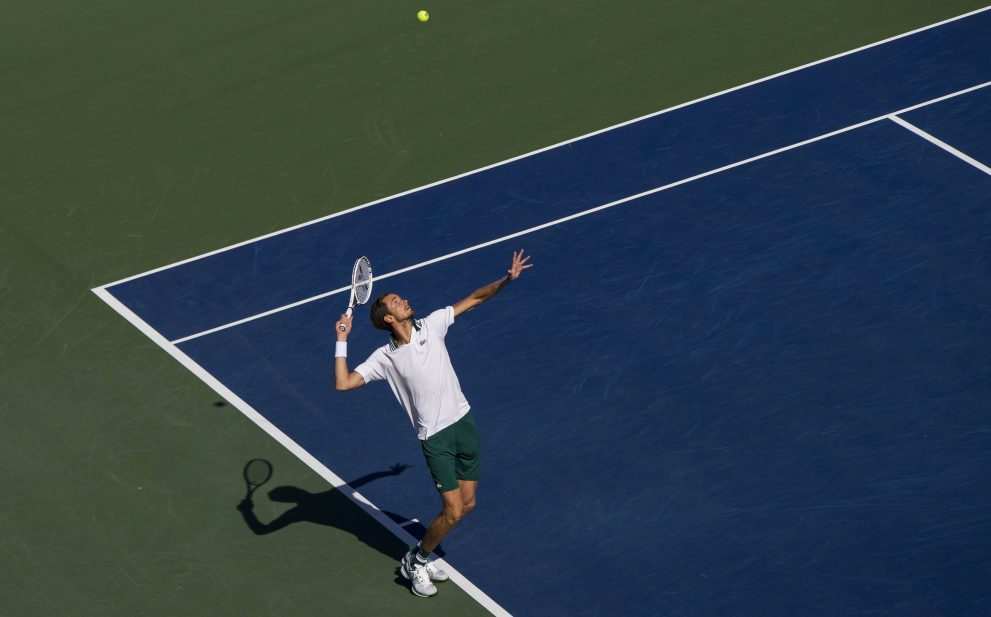 The starting pistol might have been fired on the North American hard court season at the Citi Open in Washington DC, but it will be in full stride by the time the 2022 Canadian Open gets under way next week. Indeed, the simultaneous ATP and WTA events in Montreal and Toronto mark the beginning of a packed period in the tennis schedule.

This year, the Masters 1000 tournament will take place in Montreal, while the WTA 1000 event will be played in Toronto. This is a unique event in the way the location of the men’s and women’s tournaments are rotated year-on-year, and there is great prestige to winning the titles at the Canadian Open.

Novak Djokovic is expected to be missing from the field in the men’s singles in Montreal due to the Serbian’s vaccination status. As things stand, the 2022 Wimbledon champion will also have no choice but to miss the US Open having already missed the Australian Open at the start of the year.

Sascha Zverev is another big name player who will miss this year’s Montreal Masters. The German is still recovering from the horrific injury he suffered at Roland Garros and while Zverev hopes to be fit to play at the US Open, this tournament comes too early for him. Otherwise he would have been a contender.

Daniil Medvedev, however, will return to the Canada Open as the defending champion having lifted the trophy in Toronto 12 months ago. The 26-year-old hasn’t played since mid-June due to the ban on Russian players at Wimbledon and so it might take Medvedev time to find his best form again.

However, Medvedev has always been strongest on the North American hard courts and will want to be in good form heading into the US Open as the defending champion. If the Russian is to stand any chance of keeping hold of his title at Flushing Meadows he must find his groove sooner rather than later.

Rafael Nadal hasn’t played since withdrawing from the semi-finals of Wimbledon through injury and it’s unclear whether the Spaniard will participate in the Montreal Masters. However, with the race for the year-end number one ranking set to intensify between now and the end of the season it’s possible Nadal could return to action in Canada.

Carlos Alcaraz will be thankful to return to the hard courts after a slightly underwhelming grass court season. It said a lot that the Spaniard played a couple of clay court events after Wimbledon, but the world number four has produced his best tennis on hard courts this season. He will be a threat at the Montreal Monsters.

Jannik Sinner beat Alcaraz in the final of the Croatia Open and can be confident of a good run in Canada. The Italian hasn’t played at a hard court event since the Miami Masters in March when he made a run to the quarter-finals. Sinner also reached the quarter-finals at the Australian Open earlier this year. He is a good bet to win a first Masters 1000 title in Canada.

There will be a strong contingent of Canadian players at this year’s Canada Open with Felix Auger-Aliassime the highest ranked homegrown man. However, the 21-year-old hasn’t been in the strongest form of late, falling at the first hurdle at both the Hall of Fame Championships in Newport and Wimbledon.

On the women’s side, Bianca Andreescu could do with making a good run at her home tournament. The 22-year-old looked to be building momentum after a period out through injury, making the final at the Hamburg Open in June. However, Andreescu only made it as far as the second round at Wimbledon.

Iga Swiatek’s incredible winning run came to an end at Wimbledon and the world number one also stumbled at the Poland Open where she was stopped in the quarter-finals by Caroline Garcia. Nonetheless, Swiatek has the natural game and power to blow away any opponent on her day, as demonstrated by her astonishing success in 2022.

Swiatek has only played the Canadian Open once before in her career back in 2019. This isn’t a tournament the Polish star has a strong track record at, but her 4,000-point advantage at the top of the WTA rankings accurately reflects her dominance of the women’s game at this moment in time. She is among the frontrunners in Toronto.

Beyond Swiatek, it’s difficult to gauge where the contenders will come from at the Canadian Open. Of course, there is a lot of quality near the top of the WTA rankings, but few players besides Swiatek have been able to find any sort of consistency over the last few months. It’s a very open field.

Ons Jabeur could be the greatest threat to Swiatek in Toronto after a run which saw her reach the final of the Berlin Open and Wimbledon. Anett Kontaveit reached the final at the German Open and the semi-finals of the Prague Open and the Estonian, but was dumped out of the latter by Anastasia Potapova in just 51 minutes.

There is a strong American presence in the field for this year’s Canadian Open, although Danielle Collins won’t compete after sustaining a neck injury. Jessica Pegula has enjoyed a good year and Coco Gauff certainly has the game to be a threat. Meanwhile, Amanda Anisimova has made the fourth round of every Grand Slam this season.

With the grass court season out of the way, the tennis world is now prepared for the sprint through the North American hard court season. The next few weeks will provide hard evidence ahead of the US Open, the final Grand Slam of the year. The Canadian Open is a prestigious tournament in its own right, but the action witnessed there will form part of a bigger picture.