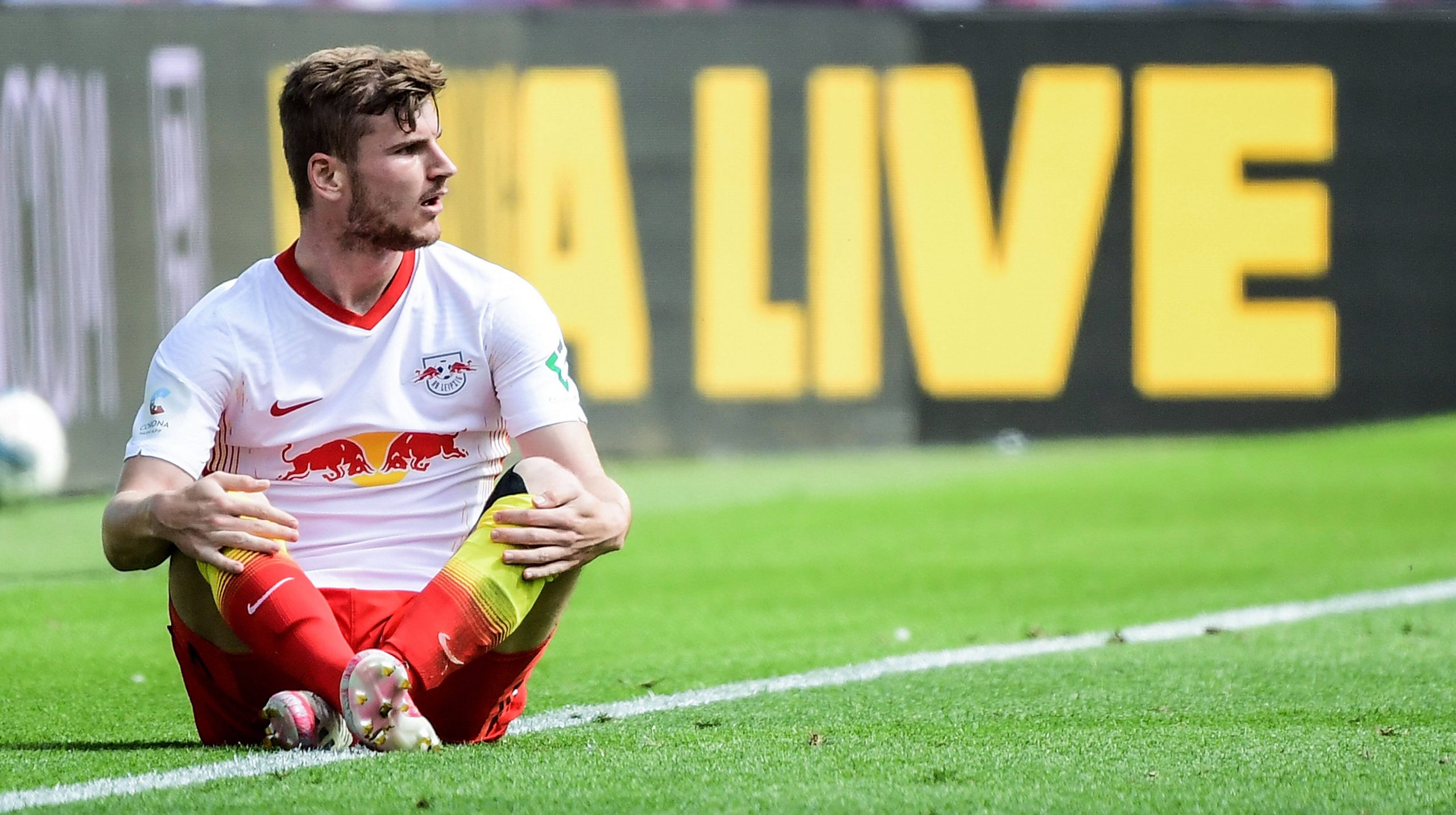 On September 21, 2017, Chelsea sold Diego Costa to Atlético Madrid for a fee rising to €65 million, putting an end to an ugly divorce that had besmirched an otherwise fruitful marriage. In his three years at the club, Costa had scored 59 goals in 120 appearances and delivered two Premier League titles. But he also bumped heads with managers, struggled with injuries, and became a pariah after attempting to force a transfer to Chinese Super League side Tianjin Quanjian midway through the 2016/17 season. With the Brazilian-turned-Spaniard approaching 29 years old, it was time to cash in and start anew.

To replace their outgoing striker, Chelsea paid a club record fee of £60 million for Álvaro Morata but, despite coming off a season in which he won La Liga and the Champions League with Real Madrid, the Spaniard struggled to recover his red-hot form after suffering a back injury in January 2018. Chelsea finished fifth, five points adrift of Liverpool, leading questions to surface about Morata’s ability to lead the line for the Blues. When Morata departed for Atlético Madrid months later to replace the injury-plagued Costa, he joined the likes of Andriy Shevchenko and Fernando Torres in a laundry list of expensive strikers who flopped at Stamford Bridge.

Chelsea’s search for a prolific forward continued as they brought in Gonzalo Higuaín on loan from Juventus, but he similarly failed to catch light in his second spell under Maurizio Sarri and returned to Turin in the summer. After being struck with a transfer ban from FIFA the Blues then brought back Michy Batshuayi and Tammy Abraham from their loans at Crystal Palace and Aston Villa, respectively, and handed a one-year contract extension to Olivier Giroud.

Abraham began the season on the right foot, scoring 8 goals by October 6, but his form took a nose dive after he suffered an ankle injury midway through the season leading many fans to question if he had the finishing power to lead the line all by himself. Moreover, with Chelsea struggling to agree a new contract to keep him in London beyond 2022, there has been speculation over whether they will attempt to cash in on him next summer.

Nevertheless, Chelsea’s attacking woes may be set to end. Just days before returning from the COVID-19 break, Chelsea signed one of the hottest players on the market right now, acquiring RB Leipzig’s Timo Werner after activating his £47.5 million release clause. Abraham, Giroud, Batshuayi and Costa have scored 28 goals combined this season; Werner has scored 34.

Chelsea have tied down Werner to a 5-year-contract which will see him triple his wages to £270,000-a-week according to BILD, making him the club’s second top earner behind N’Golo Kanté. It’s an enormous show of faith in the Stuttgart native, who, at 24, will likely spend his prime years at the club. But how will Werner fit into Frank Lampard’s new-look Chelsea side?

Werner may not be asked to replace Abraham, but compliment him. Throughout his Leipzig career, the German speedster has thrived whilst playing off the shoulder of a physical target man. His first three years in Saxony saw him accompany Danish forward Yussuf Poulsen (1.93 m) in attack; this season has seen him form a duo with Roma loanee Patrik Schick (1.86 m) up top. Whilst Werner has experience playing as a lone centre forward from his Stuttgart days, it is clear that his best form comes when operating alongside a bulky striker who can hold up the ball and play him into space.

Lampard has experimented with a variety of systems throughout his first season in London, but he hasn’t played with a two-man attacking set-up. Werner flourished under Ralf Rangnick and Ralph Hasenhüttl when playing in a 4-2-2-2, whilst he has mostly played in a variation of a 4-4-2 or a 3-4-1-2 under Julian Nagelsmann. At times, Nagelsmann has used a 3-4-2-1 with Christophe Nkunku playing on the right wing and Werner playing off the left which is something Lampard may decide to copy, similar to where Pierre-Emerick Aubameyang has been operating at Arsenal this season.

Whereas Sarri rarely deviated from his tried and tested 4-3-3 in his sole season in England, Lampard has experimented with a variety of set-ups, switching from a 3-4-3 to a 4-3-3 to a 4-2-3-1 depending on his available players and the opposition. Chelsea’s new-look, young forward line boasts versatile attackers who are capable of deputising in multiple positions; Callum Hudson-Odoi can play on either wing, Mason Mount has operated both in a central attacking midfield role and the left, whilst Hakim Ziyech has found success playing on the right as well as the no.10 role. Christian Pulisic has played on both wings, the no.10 role and even in a central midfield role. Whether Roman Abramovich decides to smash Chelsea’s transfer record and bring in Bayer Leverkusen’s wunderkind Kai Havertz or not, one thing’s for certain: Lampard will have plenty of selection headaches next season.

As such, it’s impossible to predict what line-up or frontline Lampard will favour next season, but it’s crucial that he finds a way to incorporate his new German forward. Playing him as a lone centre forward would require Werner to adapt to a new set of duties and a new role. He struggled in the 2018 FIFA World Cup when playing at the tip of Joachim Löw’s 4-2-3-1, failing to score a single goal as Die Mannschaft finished bottom of their group. He did, however, find a brief respite from his international woes when playing on the left.

After losing to a Hirving Lozano-inspired Mexico at the Luzhniki Stadium in Moscow, Germany found themselves trailing 1-0 to Sweden in the second group stage game. In desperate need of a win to keep their hopes of progressing to the knockout round alive, Löw took off Julian Draxler at halftime for his bulky target man Mario Gómez, moving Werner to the left flank. His gamble paid off; three minutes into the second half, Werner received a Toni Kroos pass on the left, accelerated past Mikael Lustig and fired a low cross into the centre of the box that bounced off Gómez before being converted by Marco Reus for the equaliser. In the 95th minute, Werner was brought down on the byline by Jimmy Durmaz, winning a last-gasp free kick. Toni Kroos scored the winner with an unforgettable in-swinger, handing Germany a lifeline.

“I’m a striker so I prefer playing there, but against deep-lying sides it’s sometimes better to attack with pace from a deeper position,” Werner remarked after the game.

Two years ago today @ToniKroos did this in stoppage time to lift Germany to a dramatic 2-1 win over Sweden in Sochi #OnThisDay | #WorldCup | @DFB_Team_EN pic.twitter.com/3WEnY29nGz

Werner often played as a winger during his time at Stuttgart’s academy, and even started on the flank at times in the Bundesliga for Die Schwaben. While he has thrived when playing off the shoulder of another striker – Martin Harnik at Stuttgart, Lars Stindl at the 2017 Confederations Cup, Poulsen at Leipzig – he has the attributes to excel as a winger or a left-sided forward. By playing him on the left wing, whether that’s in a 3-4-3, 4-3-3, or a 4-2-3-1, Chelsea could minimise his defensive responsibilities and instead focus his energy on his bread and butter: staking out positions on the edge of the box and exploiting the space just behind the defence.

Similarly to ex-Chelsea man Mohamed Salah, Werner is a wide forward who prefers to start his runs from the flanks before coming inside to shoot. Both players have the speed, intelligence and off-the-ball movement to catch defenders off guard and get into dangerous scoring positions. Moreover, they have the stamina and athleticism to lead the high press from the front as well the preference of playing off a striker who can hold up the ball and play him into space – in Salah’s case, Roberto Firmino at Liverpool, Edin Džeko at Roma, and both Josip Iličić and  Mario Gómez at Fiorentina.

On January 23, 2014, Chelsea hijacked Liverpool’s deal to sign Salah at the last minute, paying a fee in the region of £12 million for the then Basel winger. Six and a half years later, just when it seemed as if Werner was poised to join the reigning European champions, Chelsea snuck behind the pack and completed a deal for the Leipzig forward, taking advantage of Liverpool’s uncertain financial situation resulting from the COVID-19 pandemic.

If Chelsea are to prevent history from repeating itself and safeguard against Werner becoming another Salah, another Morata, another forward who failed to live up to his potential during his time in West London, they’re going to need to find a system that suits him. Moreover, they’re going to have to do this with plenty of patience, a quality that has been found wanting at Chelsea in recent years.