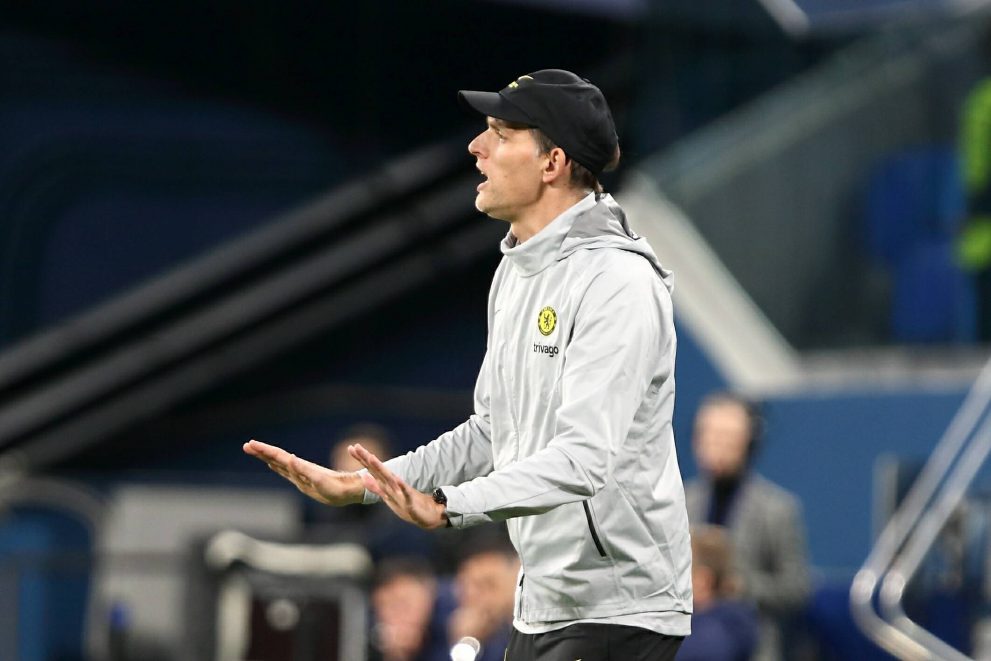 Are Thomas Tuchel’s Chelsea all substance over style? Do they excessively prioritize functionality and pragmatism over whatever obligation a Premier League side has to entertain? Has their winning formula, machine-like in its execution, made them dull to watch?

Certainly, the German’s mandate is for Chelsea to be defensively solid and immensely difficult to break down. Three centre-backs work in tandem, protected by two patrolling midfielders who are in turn flanked by full-backs, admittedly given license to push forward, but full-backs nonetheless. Indeed, if we strictly adhered to each player’s principle starting position, the Blues have achieved enormous success this past year deploying an 8-3 formation (goalkeeper included).

But it is a conservative approach that has garnered as much criticism as praise, extending to the Chelsea fan base as well as rival supporters. Mauricio Pochettino has described the West London giants as a ‘defensive team’ while former Stamford Bridge favourite Mario Melchiot insisted late last season that fans will soon tire of seeing their team ‘just move the ball from left to right, waiting for something to happen’. Last September, a Dutch journalist mocked the Netherlands national coach Louis van Gaal for admiring ‘defensive football’. “You want to play the same way as Chelsea,” he claimed, intending it as an insult. In little under a year, the Blues have gone from exceedingly watchable, if erratic, under Tuchel’s predecessor Frank Lampard, to international shorthand for boring.

Since beating Newcastle at the tail-end of October, the Blues have scored 66% of their goals in the first period. They are 13/8 to win both halves against Leeds this weekend.

Louis van Gaal has hit back at suggestions he wants Netherlands to play ‘defensive’ football like Chelsea. But Van Gaal praised Tuchel for his tactical strategy at Chelsea and believes a five-man defence offers plenty of opportunity to attack opposing teams. pic.twitter.com/3VIFtMqovD

The most surprising wellspring of negativity derives from sections of the Bridge faithful, especially given what Tuchel has accomplished at the club in just under a year. Immediately installing a structure that has seen the likes of Rudiger, Jorginho and James excel, Chelsea accrued clean sheets galore on route to winning the Champions League in May. This time out, they are firmly in the title race, having lost only twice while racking up returns that recall their vintage campaign in 2004/05. Frankly, they’ve been brilliant for the most part, often imperious.

Yet there are still a significant number of detractors out there. Across social media and forums, searches bring up all manner of accounts and conversations from disillusioned supporters, unhappy with the austere and supposedly unadventurous football served up by their manager. The overriding sentiment seems to be dissatisfaction at a strategy stereotyped as ‘grinding out 1-0s’. In fact, it is hard to think of another Champions League-winning manager in living memory who has proven to be so divisive, especially when his side are securing three points on an almost weekly basis.

Having converted 27 in their last ten games, back Chelsea to score over 2.5 at 4/5 against Bielsa’s men.

Amazing how quickly Tuchel has transformed us into the most boring team imaginable. So much possession, zero shots. It’s why we pay him the big bucks!

It must be pointed out, however, that Tuchel and Chelsea’s reputation for producing stolid fare is not entirely justified. At their best, they suffocate the life out of their opponents in the defensive third. Arsenal, Spurs and Manchester United learnt this the hard way, with a combined seven shots on target this season recorded by the three sides against Tuchel’s men. The Blues have then gone on to make their defensive solidity count by scoring in relentless fashion, especially this season. Across Tuchel’s 30 matches in charge last term, Chelsea averaged 1.3 goals per game. In 2021/22 that has shot up to 2.1.  What’s more, Chelsea have only created four fewer big chances than Manchester City to date.

The Blues have then played out some unquestionably entertaining games, drawing 3-3 away in Zenit only days after losing 3-2 to West Ham. That hardly smacks of the Gunners under George Graham many moons ago, infamously ‘grinding out 1-0s’.

Lukaku bagging his first goal this week since returning from injury is a worrying omen for Leeds. The prolific Belgian is 12/5 to score first on Saturday.

Top of the League 🔝

Tipping the balance further towards positivity, three match-going Chelsea fans approached for their views on Thomas Tuchel back him unequivocally with David Burns clearly delighted with what he’s seen to this point.

“I’m a fan of Tuchel, his approach and thinking. I love also how he has got players back in the fold who seemed a lost cause, restoring confidence. Okay, we are having a little wobble right now but I’m very happy with how things have gone under him. There’s almost a sense of Mourinho 04-06 about the team and the way players have bought into ‘his way’.

Neal Underwood meanwhile appreciates the scale of the task at hand for Tuchel after initially taking the reins in the capital.

“Tuchel had big shoes to fill when he came to Chelsea given he was replacing a club legend in Frank Lampard. It quickly became apparent he is a very thoughtful tactician who can at times make the team more than the sum of its parts.

The fact Chelsea won the Champions League in his first season, beating some big teams along the way, is clear evidence that whatever he is doing at Chelsea is working. He understands the game and is not afraid to adapt tactics and formations.”

And what of the defensive set-up that frustrates some of his fellow supporters?

“When the team plays well they are a joy to watch – just look at the performances at Leicester and against Juventus this season. We have had some slip-ups, but every team has them. And he always gives a considered, intelligent assessment of performances, be they wins or defeats. I’m a big fan of the way he’s got the team playing. It’s certainly rarely dull. If Chelsea can stick with him for the long term – a big if at Chelsea – then I see no reason why we can’t continue to land trophies. I’m not sure what anyone who doesn’t back him thinks another manager could do better. Maybe we’ve just been rather spoiled as Chelsea fans over the last decade or two?”

The Blues may have let their exceptional record for keeping clean sheets slip but they remain the masters at doing so. They are 1/1 to win to nil v Leeds, a decent addition to any bet builder.

Things got a little heated in Thomas Tuchel's press conference 😡

"I'll remind myself you're normally a nice guy, so I won't take it personally" 😯 pic.twitter.com/l0Qlx0vlrU

Lastly, journalist and lifelong Blue, Jenny Brown has previously been sceptical of the German’s sense of adventure on these very pages. A recent spike in goals though appears to have won her around, if cautiously so.

“Chelsea will find it difficult to ever escape the tag of being a defensive unit. Jose Mourinho laid a strong foundation that will be impossible to forget any time soon. And, with the exception of the trip to West Ham, the Blues have re-discovered that ruthless efficiency at the back.

However, until the strikers find form, Tuchel’s side will be overlooked for their attacking talent. Even without Werner and Lukaku firing in Premier League goals, the European Champions are outscoring a brilliant Man City side and are only bettered domestically by Liverpool.”

She does however end with a rather pertinent sidebar, one that perhaps gets to the heart of why her side is still considered defensively-minded despite recent results to the contrary.

“Potentially the perception of the team is a reflection of the man in the dugout.”