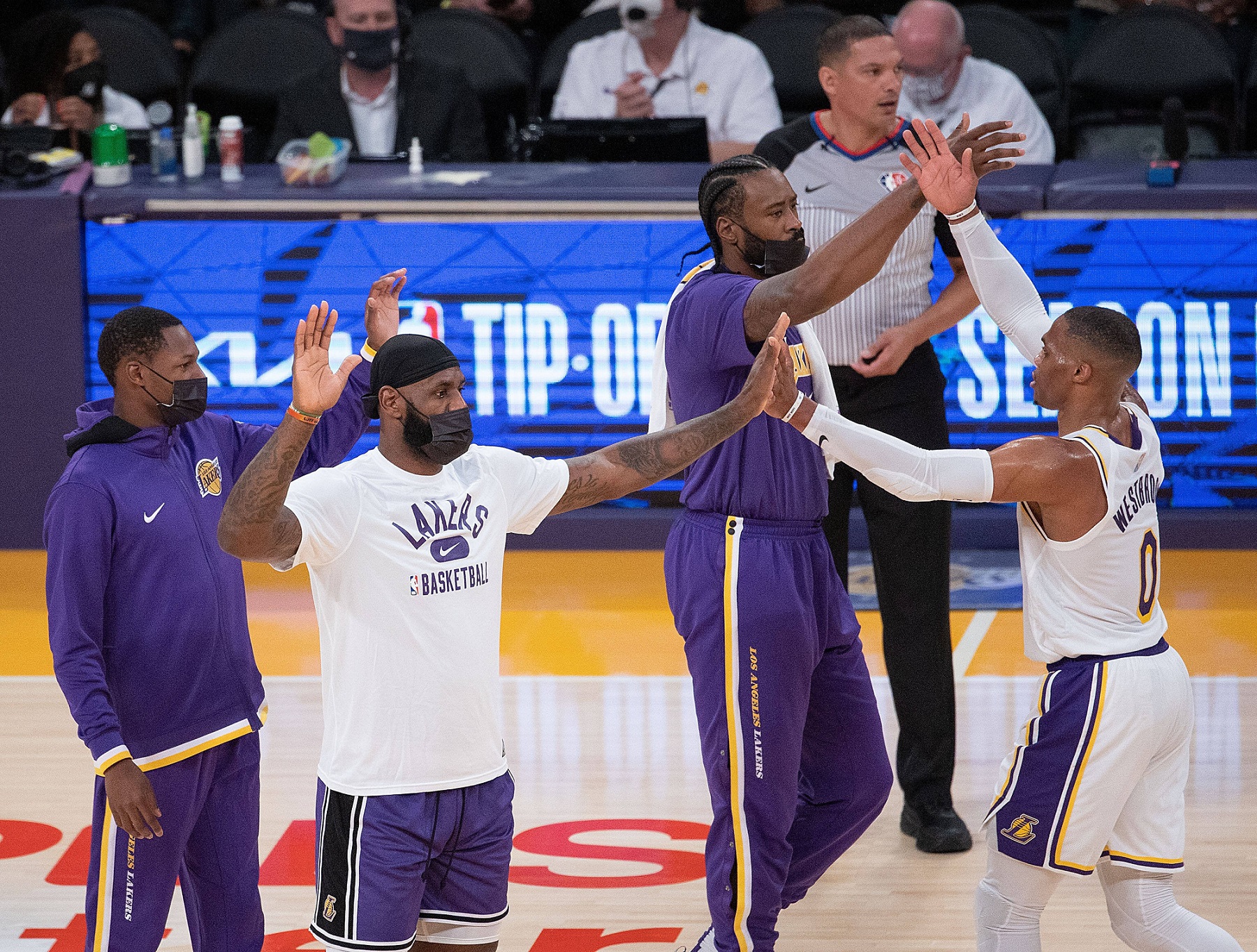 After the Los Angeles Lakers saw their push toward a second straight NBA title succumb to a first-round playoff exit, the front office shook up the roster.

The busy offseason has led many to peg the reconstructed team around LeBron James and Anthony Davis as the NBA title favorites in the Western Conference.

The new collection of talent will have the hurdle of trying to find a way to build strong cohesion on the court to reach that lofty goal, and the overwhelming concern has been directed toward the fit of their star power working alongside each other.

The Lakers are a super team and here’s why

In some ways, it’s a breath of what the franchise did before the 2003-04 campaign by bringing aboard Karl Malone and Gary Payton to join forces with Kobe Bryant and Shaquille O’Neal.

The two had already established a strong flow between them, leading to championship success. The arrival of Malone and Payton lifted the expectations toward competing for another NBA title. It led to an expected adjustment period as the four stars looked to find cohesiveness together, but the team marched through much of the season.

That team won the Pacific division behind a 56-26 record and secured the second-best record in the Western Conference. Los Angeles moved through the playoffs but fell short in the NBA Finals to the Detroit Pistons in five games.

Melo… Dwight… this kind of reminds me of what the @Lakers did in 2003-04 when they brought in Karl Malone, Gary Payton, and Horace Grant.
It almost worked… they went to the finals that season.

Granted, the Lakers’ current roster has more players in their 30s than the 2003-04 team, and there are similar questions concerning the fit of the team. Much of that centers on Westbrook’s fit alongside James, due to both being ball-dominant players. That alone has created much doubt that the 32-year-old can play effectively with the four-time league MVP.

The stigma around his shooting struggles from beyond the arc, hitting at a 30.5 percent clip for his career, doesn’t help provide more optimism to the situation. Since joining the team, Westbrook has voiced nothing but a willingness to do whatever it takes to fit into the fold.

“LeBron is one of the best players to play this game, and his ability to do everything on the floor allows me to just figure it out,” Westbrook said during his introductory press conference in August via Arkansas Online. “I’m coming to a championship-caliber team, and my job is to make his game easy for him, and I’ll find ways to do that. As it pertains to ball-handling, it really doesn’t matter. There’s many different ways you can impact the game without having the ball in your hands. I’ve been able to do that for a number of years, and we’ll figure it out.”

Although it will also be an adjustment period for James, he has a strong history of finding a way to work with other star players throughout his career. His pairing alongside Dwyane Wade with the Miami Heat drew some concerns due to them both needing the ball in their hands to excel.

James made it work to the tune of four straight trips to the NBA Finals while winning a pair of championships in four years. He followed it up by returning to the Cleveland Cavaliers, where played with another ball-dominant player rin Kyrie Irving, and that worked seeing the two reach four straight NBA Finals, including making the 3-1 comeback in the 2016 Finals against the Golden State Warriors.

In terms of fit with Westbrook, LeBron said it may not be “peanut butter and jelly” from the jump on the court in terms of who does what, but LeBron feels he always figures it out. Regardless of former teammates (Wade, Kyrie, AD, etc.), he eventually gets to the right balance.

James knows the recipe and what it will take to make it work with a ball-dominant guard, and beyond that he wants Westbrook to be himself with the Lakers this upcoming season.

“We need Russ to be Russ,” James said via USA TODAY Sports. “We don’t need Russ to change for anybody, that’s why we got him…It’s our job to all help him feel comfortable in our system. And he’s going to be as dynamic as he’s always been, so I look forward to that.”

Westbrook may have flaws in his game, but the Lakers want him to play like himself to provide the missing element that they did possess last year. It was the reason why the front office gunned to get a playmaking point guard to lift the offensive workload off James and Davis.

Westbrook can more than hold his own as a scorer and is one of the league’s top distributors. He is still an extremely talented player that can change the game with his playmaking ability, getting to the rim off the drive or finding teammates for shots. His speed and power still remain at an elite level, while his defensive ability is oftentimes overlooked due to the focus being on his offensive ability.

Throughout training camp and early preseason, the Lakers have continued to voice confidence that the team can find the chemistry needed to get the most out of the group.

Much of it will require a collective sacrifice from players working together for the betterment of the team’s ultimate goal of competing for an NBA title, which is something that Davis has already noticed in practice.

“Guys are doing the right thing and making the right plays and, most importantly, guys are coming to work. This is a great first couple hours of practice, and I think sacrificing is going to be huge for us,” Davis said last week via Yahoo Sports. “We talked about it yesterday, we talked about it this morning and it showed in the first practice.”

Although it’s still extremely early in the process, it’s a telling sign of things to come with the group already embraced the team-first mindset. However, the Lakers’ newly constructed roster has also drawn some criticism as the front office put together the oldest roster in the league.

The Lakers have continued to brush the notion aside that the age factor could potentially derail the chance to compete for an NBA title. Instead, the players are using the festering doubt as a strong source of motivation to push them forward.

Soon it will be apparent if the newly-formed Big 3 can blossom. Yes, Westbrook and James will need to find ways to work well off the ball, but if there isn’t that collective sacrifice the pairing just will not work, and that goes well beyond the star talent.

It will come down to their mindset and approach to the game, rooted in a team-first approach. If the Lakers can get that from their star power, then competing for an NBA title will be a realistic aspiration this upcoming season.