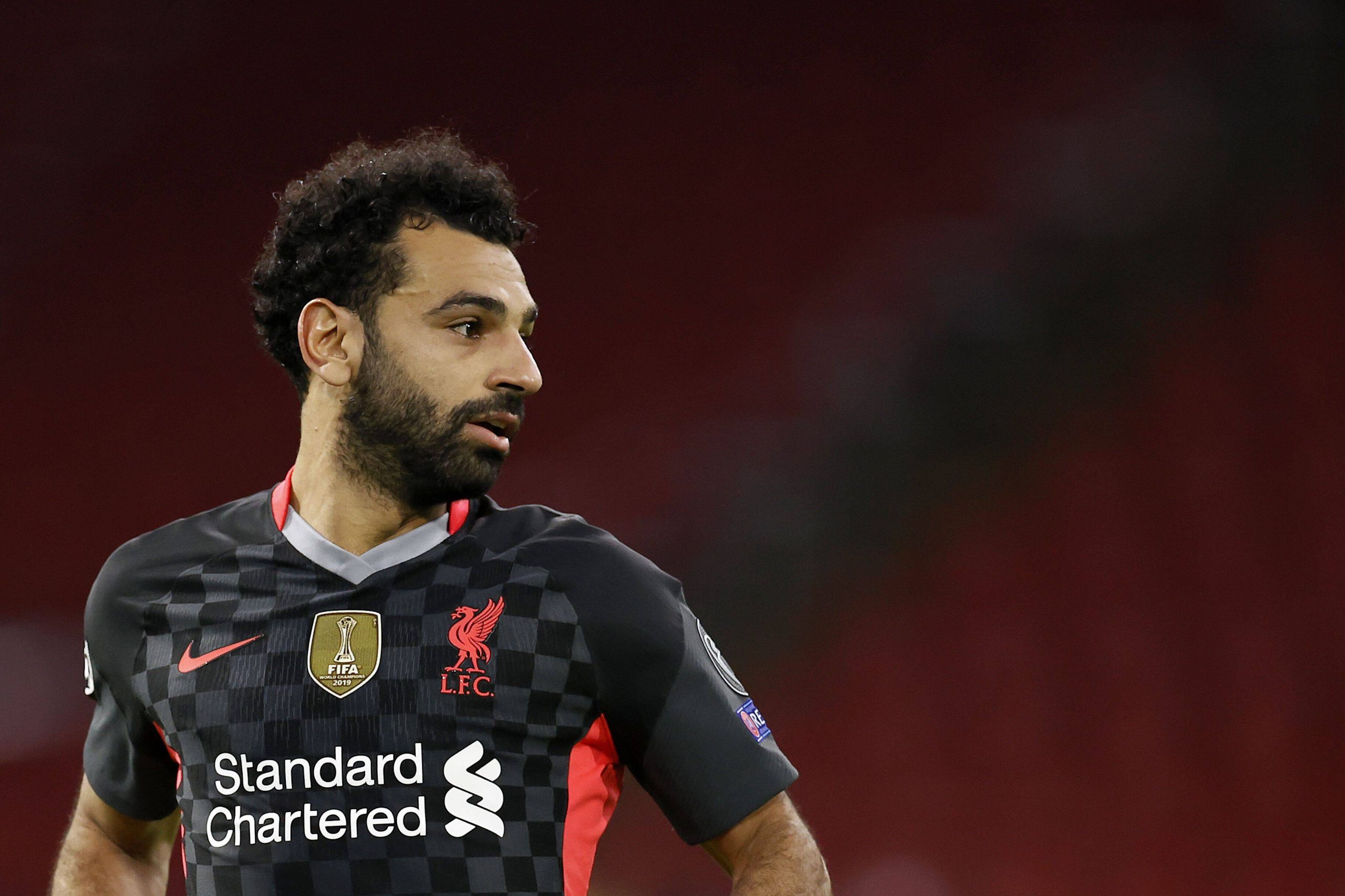 Liverpool host Chelsea in a huge clash of two title contenders on Saturday and while all eyes will be on Romelu Lukaku don’t be surprised if the spotlight is stolen by a man already assured of legendary status at Anfield.

Salah stands on 98 Premier League goals. Despite being on the brink of joining the 100 club, he’s still lacking the universal acclaim he deserves.

Eyebrows were raised when Liverpool spent £36.5m on Roma forward and Chelsea reject Mohamed Salah in the summer of 2017 – but he’s gone on to smash record after record when helping Jurgen Klopp’s side to clean up at home and abroad.

Now, this is not to say that the mouth-watering clash between Lukaku and Virgil van Dijk may not go a long way to deciding Saturday’s stand-out game, but it’s the fact that once again Salah is hardly being mentioned that needs addressing.

A Golden Boot winner in his first two seasons with Liverpool, Salah is now a 5/1 shot to finish as Premier League top scorer with Harry Kane 6/1 now he’s staying at Spurs and Lukaku the new 11/4 favourite after his sparkling second Chelsea debut.

I’m taking Salah all day long at those odds as he’s been the model of consistency at Anfield, and that consistency has come at a frighteningly high level of production.

Lukaku may be the shiny new £100m man, but if Liverpool get Salah signed up to a new contract as expected then that will be every bit as good a piece of business given how much you’d have to pay for Salah on the open market.

Don’t be surprised if he manages to steal the show on Saturday.

Andy Goldstein & Darren Bent get into a 𝙝𝙚𝙖𝙩𝙚𝙙 debate, over how good Salah is! pic.twitter.com/vu1naZANTO

“I know he is a great player, but he just does not do it for me.”

That’s how Salah was described by TALKsport’s Andy Goldstein and, while of course his mandate at the station is to get people calling in, ideally irate, to respond to outbursts clearly contrived to provoke as big a partisan reaction as possible, this is actually a view held by a surprising amount of people.

It’s not an opinion held by any of those fans in red, who’ve seen Salah score in the Champions League final, destroy Roma and Man City on famous Champions League nights, sprinting the length of the field for lung-busting goals against Arsenal and Manchester Utd but also bend in majestic curlers and the odd rasping drive.

He’s scored every type of goal, in huge numbers, and has done it all consistently over four seasons at Anfield while also showing that tough as old boots durability by hardly missing a game and hardly getting injured – unless it’s via a judo throw from Sergio Ramos.

Yes, tribalism will play a part and opposition fans (of which Goldstein is one) are loathed to give Liverpool players any credit, but even the odd neutral will brush off Salah’s achievements as “it’s only Mo Salah” he’s good but not that good.

“Only Mo Salah” though is a phrase that truly shows just what a phenomenon he is – as with almost every scoring metric being trotted out to showcase how good a forward is, from Danny Ings to Marcus Rashford and Bruno Fernandes and the like, “Only Mo Salah has more” usually appears in the accompanying text.

Perhaps “only Mo Salah” isn’t such a bad thing after all.

A large part of the indifference in some quarters to Salah’s scoring exploits may merely just be a case of fans being spoiled by the relentless achievements of the Egyptian sensation that can be linked back to that first fabulous season on Merseyside.

His 32 goals was a 38-game Premier League season record, and his whopping 43-goal haul is second only in Liverpool history to the great Ian Rush. By the time Salah leaves he’ll be standing shoulder-to-shoulder with the Welsh striker in the Anfield list of legends.

Enjoy every one of @MoSalah's 𝟭𝟬𝟬 goals for the Reds 🤩🤩 pic.twitter.com/JdbGCBpl3l

Only two other players have won all five of those awards in one year – and most would list both Luis Suarez and Cristiano Ronaldo above Salah if given a vote on who the best player is.

And yet he’s easily overtaken Ronaldo’s Premier League numbers with 98 goals and 36 assists to the Portuguese’s 84 goals and 34 assists from 36 more games. Ronaldo was a young man when he arrived in Manchester of course, but even if we take the time since Salah joined Liverpool they’ve both recorded 175 goals and assists in four seasons.

Only Robert Lewandowski and Lionel Messi have more in that span.

The fact is Salah was world class, is world class, and has continued to produce world class performances season after season – even in the ‘best league in the world’, under the immense pressure of trying to bring the league title back to Anfield and then in the eerie silence of a season during a pandemic.

Salah has busted, and continues to bust the one season wonder tag he was labelled with after his dramatic re-entry into English football, and his 22 goals to fire an injury-ravaged and weary Liverpool side back into the Champions League last season was arguably one of his finest achievements.

Yes, he takes a lot of shots at goal and can be greedy at times, but all the best strikers have that hunger to score, that desire to find the back of the net, and although he can look like a smiling nice guy he’s an ice-cold killer in front of goal.

Those 36 assists during his time at Anfield is second only to Kevin De Bruyne – and if you were in any doubt about his team ethic look at the way he celebrated laying on Roberto Firmino’s goal at Norwich on the opening day.

Salah may be the type of player that you only realise how good he is when he’s gone, hopefully for Liverpool fans that time is still some way off as he can still fire them to more silverware.

The team, like the player, is being a bit undervalued this season due to a lack of new signings coming in, but locking in their best players as they have been could be the shrewd way to go.

Both player and team could make a few more people sit up and take notice with a big display against Chelsea on Saturday.

Lukaku was one that got away from Chelsea, and they had to pay heavily to get him back, they may pay to the tune of three points on Saturday for also letting Salah slip away from Stamford Bridge in the first place.