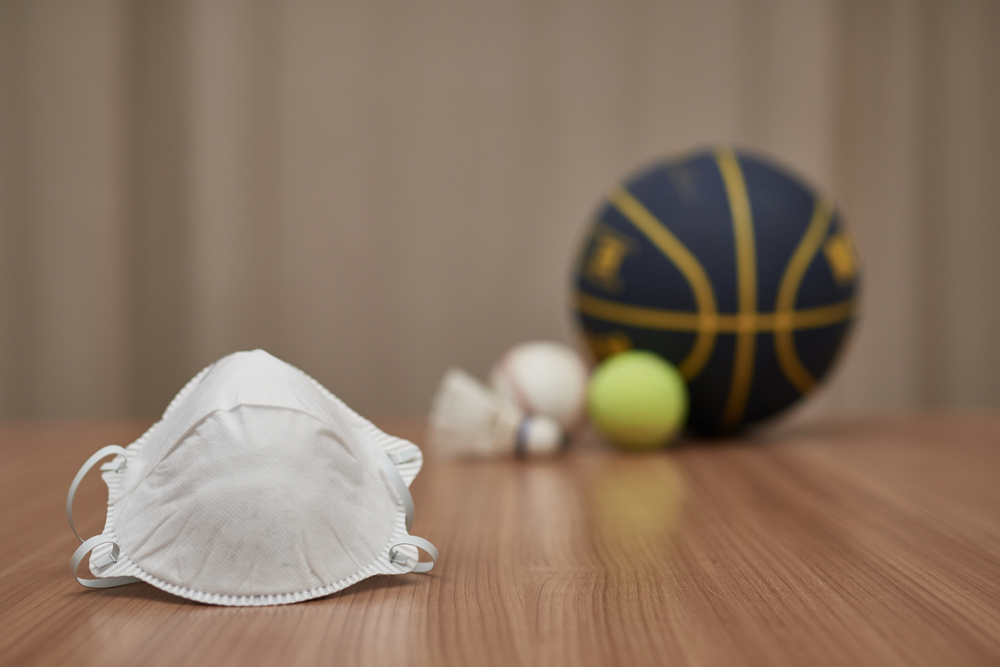 Sporting leagues across North America have suspended sporting events due to the spread of coronavirus.

Several sporting leagues including the NBA, NHL, MLB and MLS have suspended games indefinitely after a player for the NBA’s Utah Jazz tested positive for coronavirus.

Following the news of an NBA player testing positive for coronavirus, several college basketball conferences cancelled their postseason tournaments and the NCAA have put March Madness on hold.

The NBA and NCAA

Earlier this week, the NBA announced it would be suspending its 2019-20 season indefinitely after a Utah Jazz player test positive for the novel coronavirus. The league suspended the season on March 11, just before the Jazz were about to start a game against the Oklahoma City Thunder.

In a statement, the NBA said that the player who had tested positive was not inside Oklahoma City’s Chesapeake Energy Arena, when the game was scheduled to take place. The league said: “The NBA will use this hiatus to determine next steps for moving forward in regard to the coronavirus pandemic.”

After the NBA’s announcement, the NCAA president Mark Emmert announced that March Madness events would continue, however, no fans would be allowed into the arenas.

Emmert said: “I have made the decision to conduct our upcoming championship events, including the Division I men’s and women’s basketball tournaments, with only essential staff and limited family attendance. While I understand how disappointing this is for all fans of our sports, my decision is based on the current understanding of how COVID-19 is progressing in the United States. This decision is in the best interest of public health, including that of coaches, administrators, fans and, most importantly, our student-athletes.”

On March 12, the NCAA said it will be putting all winter and spring championship games on hold. In the statement, the NCAA said the decision to cancel games is based on the threat the virus poses to public health and to ensure the events don’t contribute to the spread of the pandemic.

Major League Soccer also made the decision to suspend all games for the next 30 days due to concerns about the spread of the virus.

The league’s 2020 season only started on February 29 and will now be postponed with immediate effect as the league will work to assess the impact the virus will have. In a statement, the league said it will provide updates on rescheduled games at an appropriate time.

MLS commissioner Don Garber said: “Our clubs were united today in the decision to temporarily suspend our season – based on the advice and guidance from the Centers for Disease Control and Prevention, Public Health Agency of Canada, and other public health authorities, and in the best interest of our fans, players, officials and employees.”

US Soccer also announced the cancellation of all national team games until the end of April in response to the pandemic. The US men’s team was set to play friendly matches in Europe this month while the women were to play games in the US.

US Soccer chief medical officer George Chiampas said: “With the health of our players, coaches, staff and fans as our main priority, US Soccer has decided it was in the best interest to cancel the majority of our upcoming domestic and international camps at all levels, including our senior men’s and women’s national team games in March and April, due to the outbreak of Covid-19.”

Italy’s football division Serie A has also postponed all games until April 3, while Spain’s La Liga has put the next two rounds of games on hold.

The NHL and MLB have also suspended events following the NBA’s decision to put their games on hold.

Yesterday, the NHL announced it would be temporarily suspending its games due the health issue created by the pandemic. National Hockey League Commissioner Gary Bettman said: “In light of ongoing developments resulting from the coronavirus, and after consulting with medical experts and convening a conference call of the Board of Governors, the National Hockey League is announcing today that it will pause the 2019-20 season beginning with tonight’s games.

“The NHL has been attempting to follow the mandates of health experts and local authorities, while preparing for any possible developments without taking premature or unnecessary measures.”

In a statement, MLB said has cancelled the remainder of its spring training games and has announced the start of the 2020 season will be delayed by at least two weeks fur to the “national emergency created by the coronavirus pandemic.”

The league announced its decision following a call with 30 clubs and consultation with the Major League Baseball Players Association. MLB said the action “is being taken in the interests of the safety and well-being of our players, Clubs and our millions of loyal fans.”

What does this mean for sports betting?

The postponement of sporting events will have an impact on both the sports betting companies and customers.

Some sportsbook operators will be taking down market son suspended league games while some operators will continue to operate business as normal until there is more clarity on the issue.

BetMGM, the product of the joint venture between GVC Holdings and MGM Resorts released a statement which said it’s it continuing to monitor the situation but as of now its land-based sportsbooks, kiosks and apps will continue to accept bets on events. However, “customers who have placed bets on an individual or upcoming that is ultimately cancelled or that has already been cancelled will receive a full refund.”