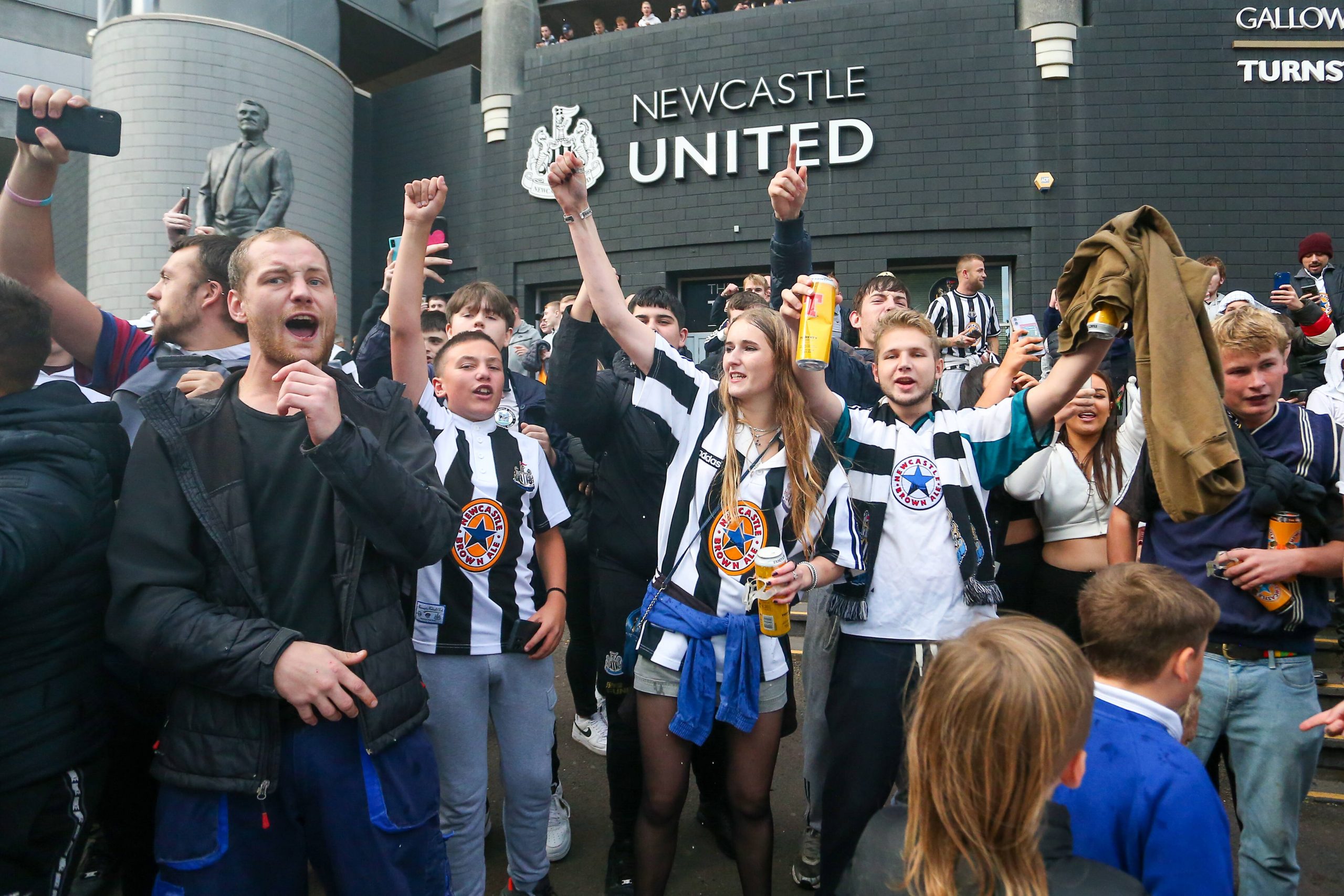 Warren Barton is up early to talk about Newcastle United. There is nothing too unusual about that; the former Magpies and England defender lives in San Diego, California, but keeps his finger on the pulse of St James’ Park as much as any fan.

He still gets emotional and still refers to the club as ‘we’, talking about it with the sort of twinkle and passion that has been badly missing for the past 14 years, under the ownership of Mike Ashley. His cold, soulless reign came to an end last week; the club had begun to drift into nothingness, and a city which relies upon it to decide how their working week will go struggled as a result. Fans rejoiced, taking to the streets outside the stadium to bring the curtain down on years of misery.

From a football perspective, an upturn in fortunes almost guarantees improvement in that sense. Money spent on players, ambition and most definitely trophies have all been a rare commodity, and given that the Saudi Arabian Public Investment Fund is making up 80% of the new consortium, giving Newcastle a wealth reportedly ten times that of Manchester City and fifty times Paris Saint-Germain, that will be a thing of the past.

Leicester boss Brendan Rodgers is the 'number 1' target to take over as Newcastle manager according to Sky in Italy.

It would cost €16m to get Rodgers out of his contract which will not be a problem for Newcastle.

But with Saudi involvement comes the acceptance of an awful human rights record, with atrocities including poor treatment of women and homosexuals. There is need to learn and acknowledge that from fans, with links between PIF and the Saudi state, although officially denied, clear to see; there is a mark on the club and it won’t go away. But equally, given the United Kingdom’s political relationship with Saudi Arabia and the mergence of elite football and business, these are issues far beyond supporter control and it is unfair to make them responsible.

Barton, who was signed by Kevin Keegan and helped Newcastle almost win the Premier League in the mid-1990s, while the team was on the crest of a wave and the area was bouncing along with it, wants to see a resurgence in terms of connection before anything happens on the pitch.

“I just want the players to feel the way I did,” he tells Compare.Bet. “I know what this means to the people; I just feel so optimistic. The academy needs looking after, it was great to hear stuff about the community, because that is what Newcastle United is: the community, the city and the people. We’ve got hope again. I’m 5000 miles away and I felt it.

“The team needs changing and guidance, but at least there will be a sense of togetherness now. The club has been vulnerable and weak, and Newcastle United shouldn’t be like that; for years it has felt it.”

Jonjo Shelvey on Newcastle’s takeover: “I understand what the fans want – they want Mbappe and Messi. This club can achieve anything it wants now. The sky is the limit.”

Ashley leaves Newcastle drifting and sinking, second bottom of the Premier League with no wins in seven games this season. Steve Bruce, the manager, seems to understand his fate, but long-term expectations need to be tempered until trouble is fought off. With no new signings possible until January, Newcastle will need to pick up points with the team as it is until then. Barton, though, remembers a similar example from his time at the club, which could yield inspiration.

“When Sir Bobby Robson replaced Ruud Gullit (in September 1999), he didn’t do anything too different, but we went out and beat Sheffield Wednesday 8-0 in his first home game. There was a different feeling in the air when we were warming up, when the whistle went. The momentum carried us through.

“But there is a plan and a vision; they’ve had time to think about it. When you’ve got a young boy with his mum, or a daughter with their dad at their first game, they’ll be hopeful and excited, rather than thinking, ‘I hope we don’t lose today’. That is what it was like when I was there; we didn’t win every game but we gave it a go and people appreciated that. They’d come out of the stadium thinking, ‘that was fun’. This club used to be fun.”