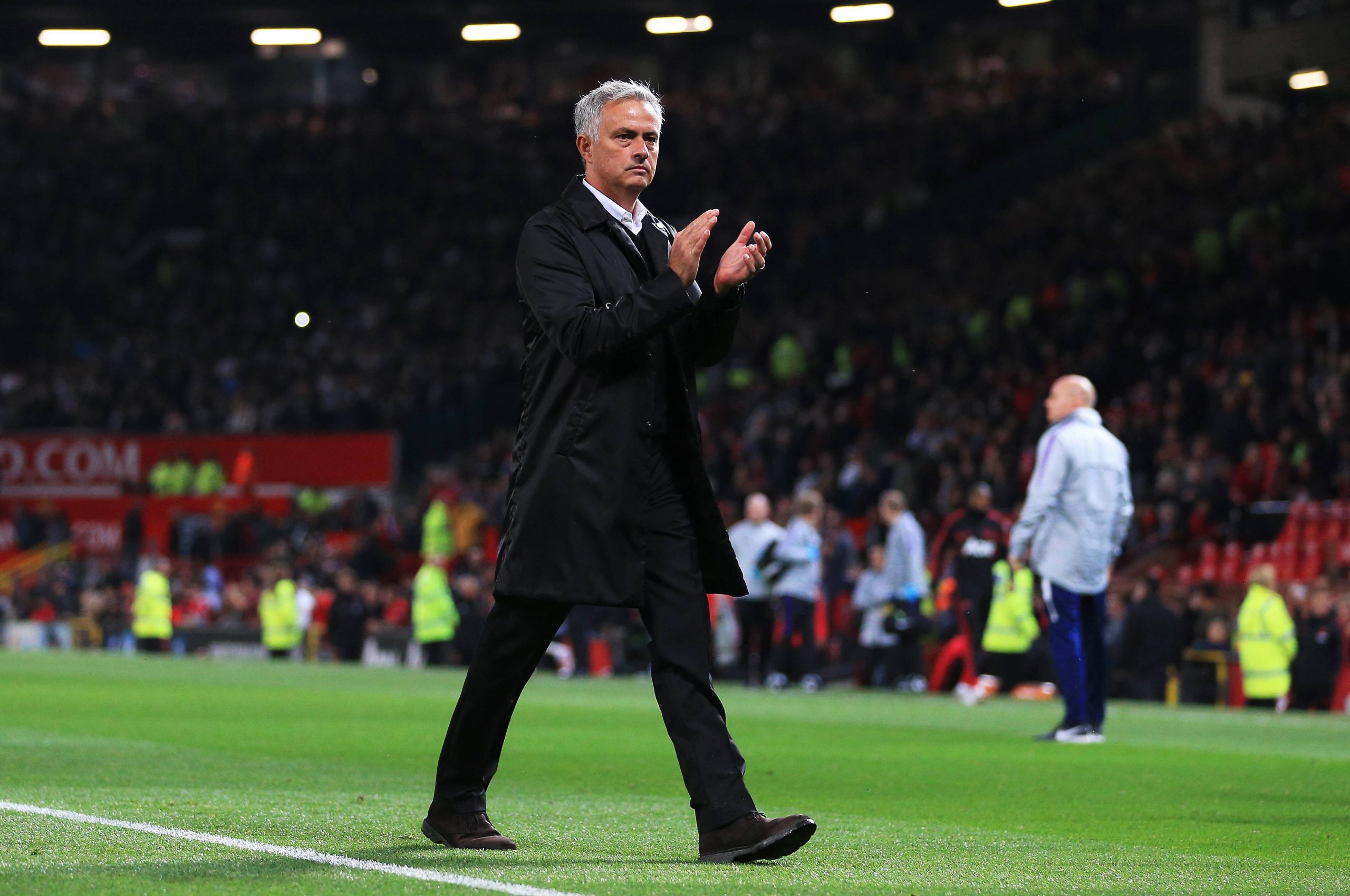 Rarely has a managerial appointment caused as much furore as Tottenham’s hiring of Jose Mourinho, less than a day after the sacking of Mauricio Pochettino. For many, the confrontational, antagonistic, practical Mourinho is the antithesis to the charming, positive, progressive Pochettino, both in terms of personality and footballing philosophy.

Pochettino’s achievements at Spurs are undoubted. Harry Redknapp was the man who took Tottenham from a mid-table club to Champions League football, but Pochettino cemented their status as one of the country’s leading clubs. Taking over in 2014, Pochettino took the club from sixth and Europa League football to Premier League runners up and Champions League finalists. During that time, Spurs overtook local rivals Arsenal and achieved four consecutive top four finishes.

However, Pochettino’s greatest achievements also highlight the one major question mark looming over his CV – the inability to get his team over the line and win a trophy. They were Leicester City’s main contenders for the league title in 2015/16, but a late season collapse saw them finish third, 11 points off the top.

Their second place finish in 2016/17 was the club’s highest in the Premier League era, but they still ended seven points off Chelsea and never truly threatened Antonio Conte’s title charge. More recently, the club’s incredible run to the Champions League final saw them put in a passive performance in the showpiece event, losing 2-0 to Liverpool.

Of course, for Spurs to even come close to such achievements was almost unimaginable a decade ago. It’s not Pochettino’s failure to win silverware that has cost him his job – it’s Spurs’ terrible form in 2019.

Tottenham have not won an away game in the Premier League since a 2-1 win at Fulham on January 20. That run stretches 13 winless matches, nine of which ended in defeat. The side have just six wins from their last 24 league matches, the last being close to two months ago. Since the turn of the year, Spurs have suffered 18 defeats in all competitions – more than any other Premier League side.

While the timing of Pochettino’s dismissal caught many by surprise, Spurs’ form over the past 11 months has been relegation worthy and it was beginning to feel a matter of when, rather than if, the Argentine’s reign would be brought to an end. As well as terrible on-pitch results, there have been numerous reports over the past months claiming that Pochettino had lost the dressing room and was himself looking for a way out.

In comes Mourinho. The decision to appoint the former Chelsea manager was met with a mixture of surprise, confusion and reservation by many fans. However, when compared with the other contenders initially linked to the job, it’s easy to see why Daniel Levy made the decision he did.

The bookies placed odds on a mixture of experienced and young coaches. Alongside Mourinho, Carlo Ancelotti and Massimiliano Allegri were the experienced names linked. However, Ancelotti has taken Napoli backwards since taking over and is currently embroiled of a crisis of his own at the Italian club. Allegri is a serial winner having picked up five consecutive Serie A titles at Juventus, but his lack of experience in England counts against him. Whether he would have even been open to taking over a club sitting in 14th is another question.

At the opposite end of the spectrum are Eddie Howe and Julian Nagelsman, young managers who have built their name on building up lesser teams while employing entertaining, progressive styles of football. There have long been calls for Howe to be considered for a top job, and while his achievement of taking Bournemouth from League One to the Premier League is an exceptional one, it would’ve been a huge risk that Tottenham simply can’t afford to take at this time. Last season saw Bournemouth finish 14th, and while their attacking football has drawn plaudits, the side have often endured long periods of poor form, characterised by a weak backline.

Nagelsmann is just 32 but has already been linked to a host of big European clubs, having previously guided Hoffenheim into the Champions League. He clearly has great potential, but to appoint such a young coach with no experience in England is unheard of among the top Premier League clubs. Spurs would’ve also had an almighty struggle to convince RB Leipzig to part with him, considering he only joined the club in the summer. Brendan Rodgers was reportedly Levy’s first choice, but there’s no chance Leicester would’ve let him go. Given the available options, the appointment of Mourinho does make sense.

In some ways, this could prove to be the perfect job for Mourinho. There are two main criticisms levelled at the Portuguese by his detractors – that his confrontational personality breeds negativity at the clubs he goes to, and that he employs an overly defensive, practical style of football.

The points about Mourinho’s abrasive nature are in part justified, and his ‘three-year cycle’ has become well known. In each of his last three jobs – Manchester United, Chelsea and Real Madrid – Mourinho has left under a cloud, having falling out with his own players as well as opposition managers.

However, this is not a Tottenham squad filled with egos and big characters in the way that Mourinho’s past teams are. Spurs do not have a Paul Pogba, Diego Costa or Sergio Ramos, but a squad of hard-working players that rarely make headlines for their behaviour or actions in the way the aforementioned individuals do. Few of Spurs’ players have tasted success in the way of trophies, so there’s an argument that they may be more receptive to Mourinho’s shock and awe methods.

With regards to his football philosophy, a return to basics and pragmatism is exactly what Spurs need at this current time. Pochettino’s more attacking methods have not been working for some time, particularly this season. Spurs have, for the most part, been defensively strong over recent years, but that is no longer the case either, the 7-2 home drubbing against Bayern Munich a case in point. With the club currently 11 points off fourth, now is not the time to experiment with a coach in the mould of Howe or Nagelsman.

For a club like Tottenham, the biggest fear is that a terrible season could set the club back further than it would their rivals. Unlike Chelsea, Liverpool and Manchester United, Spurs don’t have the spending power or the pedigree to attract the best talents if they are not fighting at the top of the table and competing in Europe. With Christian Eriksen seemingly running his contract down and the likes of Harry Kane often linked with moves away, Tottenham needs to maintain the upward trajectory of recent years, or risk undoing much of Pochettino’s good work.

Of course, there are many doubts surrounding Mourinho’s suitability for the job. His time at United was characterised by underwhelming results, a dour style of play and confrontations with the media, fellow managers and his own players. However, despite all the negativity, his United side still managed what Pocchettino couldn’t – to win silverware.

COMPARED: José Mourinho vs. Mauricio Pochettino's managerial records so far in their careers:

This will be interesting. 🍿 pic.twitter.com/aCwDBIfRAK

Mourinho was also criticised for United for a series of big-money transfers who failed to perform, and how the notorious big-spending manager will work the notoriously tight pursed Daniel Levy is one of the main question marks over the move. Tottenham spent the least of the top six clubs under Pochettino’s reign, at one point going eighteen months without a signing. In many ways, Pochettino was a victim of his own success, his ability to bring through young players and turn unheralded talents like Harry Kane and Dele Alli into top players made it easy for the club not to loosen the purse strings.

However, the fact that Levy has reportedly made Mourinho the second-highest-paid manager in the world and given him a contract until 2023 suggests that he will be given funds to spend, and perhaps signals a change in approach for Spurs. Even if Spurs don’t splash the cash in January, Mourinho was reportedly keen on the likes of Toby Alderwerield, Eric Dier and Harry Kane while at United, so he has players he believes in.

In fact, when you look at the Spurs squad, it seems well suited to Mourinho. There are numerous powerful, defensive options in midfield that will allow him to employ his preferred style, while Son Heung-min and Erik Lamela are hard-working yet talented attackers in the mould Mourinho favours. There are problem positions that need to be addressed, particularly at right-back, but there’s still plenty to work with in this Tottenham squad.

Is Mourinho the perfect man to take Spurs forward in the long term? Probably not. However, it’s difficult to suggest a better alternative from the available options at this given time. Mourinho may be a quick fix, but that is exactly what Tottenham need right now.

Mourinho is the man that football fans love to hate. The image of him that has developed over the years means that his achievements, such as guiding United to second place above the lauded Spurs and Liverpool sides in 2018, are often downplayed. However, he’s a born winner, and that mentality could prove to be just what’s needed to take finally take Spurs over the line.

Tottenham’s last trophy was the 2008 League Cup. Since then, Mourinho has won ten trophies, including four league titles and the Champions League. Mourinho has won more trophies as a manager than Spurs have in their entire history. If Tottenham want to capitalise on their upward development of recent years by winning some silverware, then they’ve appointed the best man for the job.