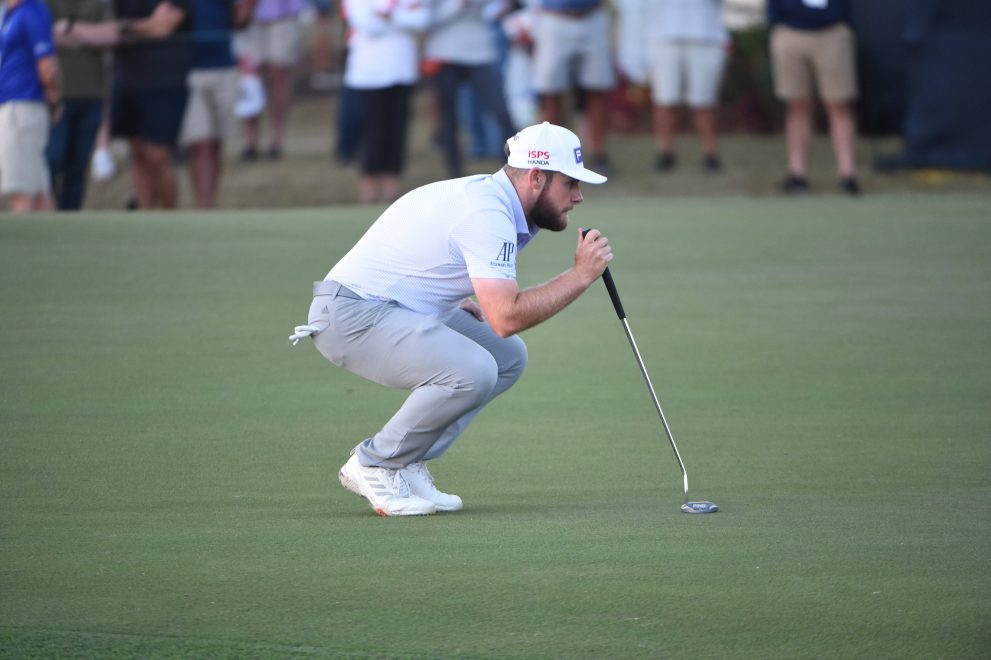 After a Masters dominated by Scottie Scheffler, we head to South Carolina for the RBC Heritage where we see a strong field head to Hilton Head.

Collin Morikawa heads the market after a strong showing at Augusta but there will be plenty of players fancying their chances.

Hilton Head is an interesting course that tends to favour accuracy over length with lots of holes that are hard to attack without hitting the right spot off the tee. The greens are small so being accurate with your irons – or being great around the greens – is key. It is easy to see why Morikawa would be fancied at a place like this.

There is no better iron player than the young American and he can really carry the momentum from his final round 67 at the Masters into this event. He has three top 10s in his past five starts and finished a strong seventh here a year ago. 12/1 is certainly short though and there may be players with more appeal.

Tyrrell Hatton was so disappointing at the weekend but that does not take away from how strong his form has been of late and if you fancy him to bounce back quickly, 45/1 looks juicy. He has played well here before with a third place finish in 2020 and is playing better right now than he was coming into that event. It can often be a hindrance to players who have contended at the Masters coming into this week, so hopefully Hatton will be fresh for a challenge at a course that really should suit him. His putting has been superb and if he can keep that up he feels likely to be there or thereabouts.

Patrick Cantlay is another that should be fairly fresh after a disappointing week last time out. He has a strong record here and if he can rediscover some of that incredible form that he closed last season with, he is a strong contender. 20/1 is probably a reflection of just how strong the field is, but there are few that have as many positives as the reigning FedEx Cup champion.

Dustin Johnson has played this event for the past four years and while he has some decent finishes, has perhaps not reached the level he would have hoped for. But he has been showing some great form of late, including an excellent run at the WGC Dell Match Play, and has every chance to pick up his first title of the year here. When he is on, there are few that can compete with him. 22/1 is at the very least tempting, and could well look like incredible value if you fancy him to back up his recent good form with a win.

Excited to be back competing in my home state at Harbour Town. @RBC_Heritage pic.twitter.com/5eC7v6sdOO

Stewart Cink’s win a year ago shows that a longshot can win here, but picking them out is tough. Luke Donald has been out in the golfing wilderness for some time but he has played amazingly around here before. He has seven top three finishes here and if you are looking for a wild punt at a big price, 225/1 for the Englishman to find some form out of nowhere could be the place to look.

Another player with a lot more going for him is Matt Kuchar. Not only does he have strong form around this course, his second place in his last start gives some real confidence he is playing some good golf. He is a former winner here and 66/1 may be the value play of the week.

It would be almost crazy to look at this week’s event and not give Webb Simpson a chance. The course is almost made for his game and his win in 2020 capped off an excellent run of results here. It would take a turnaround in form for the 36-year-old but when a player is so well suited to a course, 45/1 is hard to turn down.

This is such an open event that it is hard to really back the real short prices such as Morikawa, Justin Thomas and Cameron Smith who all would have been right there last week if it wasn’t for Scheffler destroying the field. Hatton certainly appeals at a big price but there are lots of players that you can make a case for a strong week.