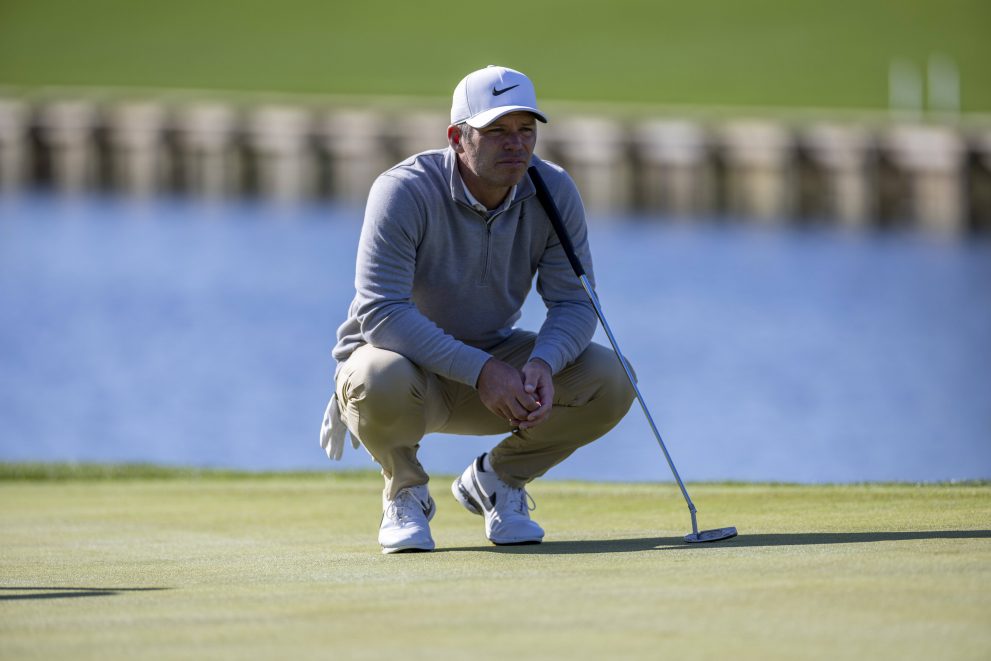 The WGC Dell Match Play is here and the big names are put in force once again.

The format has seen some changes over the years. It used to be a straight knockout from 64 down to one. But now we see the 64 players split into groups of four and playing a round-robin to determine the last 16 where we go back to a knockout format. All of the groups are seeded so the top 16 are kept apart at the first stage.

Match Play is such a tough game to call. Partly because the pros do not play that much of it, and also because so much of it comes down to finding shots at the right times. You only have to beat the person you are playing with at that time. In a normal tournament, you have 140+ opponents. So for past records, we have this event of course, but things like the Ryder Cup and Presidents Cup. There is a different type of pressure in match play that brings out the best in a player like Ian Poulter.

One other place where players gain a lot of experience in the format is college. So looking for the younger players this week may well pay off.

One player with plenty of match play experience is Paul Casey. He is of course a Ryder Cup veteran but he also won at Wentworth in the old format of the World Match Play on the European Tour. He is showing some great form this week and had every chance at the Players Championship if it was not for some terrible luck. Since the change to the group format, he has made the last 16 on three of his six starts here, a fantastic record. The Dell Match Play can be a gruelling week with the finalists playing seven rounds, so him taking last week off is definitely a positive. He is a generous 35/1 for the tournament in golf betting, or 5/2 just to win group 10.

Like Casey, Marc Leishman has seemingly thrived in these group formats, coming out on top on three occasions. He has not been able to convert them into a deep run, but that experience in the groups could be valuable. Leishman is one of those players that always seems to find his best at the big events and this is certainly one of them. 80/1 looks a huge price, despite being drawn alongside Justin Thomas. Getting out of the groups is the toughest part, and from there it can just be a bit of luck at the right time so backing these players that consistently make the last 16 is a solid strategy.

The Match Play can often be one for the grinders, and Xander Schauffele so often pops up at the top in these types of events. He can make plenty of birdies, that’s for sure, but when things get really tough is where he seems to be at his best. He looks destined to win a major in the not too distant future, but he has won plenty of big events already. He has been handed what looks to be one of the more straightforward groups, despite Tony Finau being in there, and despite not making it to the last 16, he has finished as group runner up on all three starts at the event. He performed so well under the pressure of the Ryder Cup and 25/1 is a very tempting price.

One player from each group will advance to the 16-player, single-elimination matches.

As well as the overall win, there is some value to be found in the group winners. Despite a couple of months away, Bryson DeChambeau comes in as favourite in group nine but it is hard to believe there will not be some rust. Talor Gooch has been playing solid golf of late and at 9/4 would look to be a good price to come out on top.

Another that jumps out is Cameron Tringale. He is on the bubble for Masters qualification and a good week this week could secure his spot at Augusta. He is the outsider in group three at 4/1. Viktor Hovland is the one to beat there, but he did not do too well at his only appearance here so far and he has been playing almost every tournament of late. That could well catch up to him. Tringale has so much to gain with a good week here and he could be value to cause an upset or two early on here.

This can be a very tough event to bet, but there is lots of value in it if you can find the right spots. Match betting offers plenty of opportunities as favourites are so often upset over 18 holes of golf.