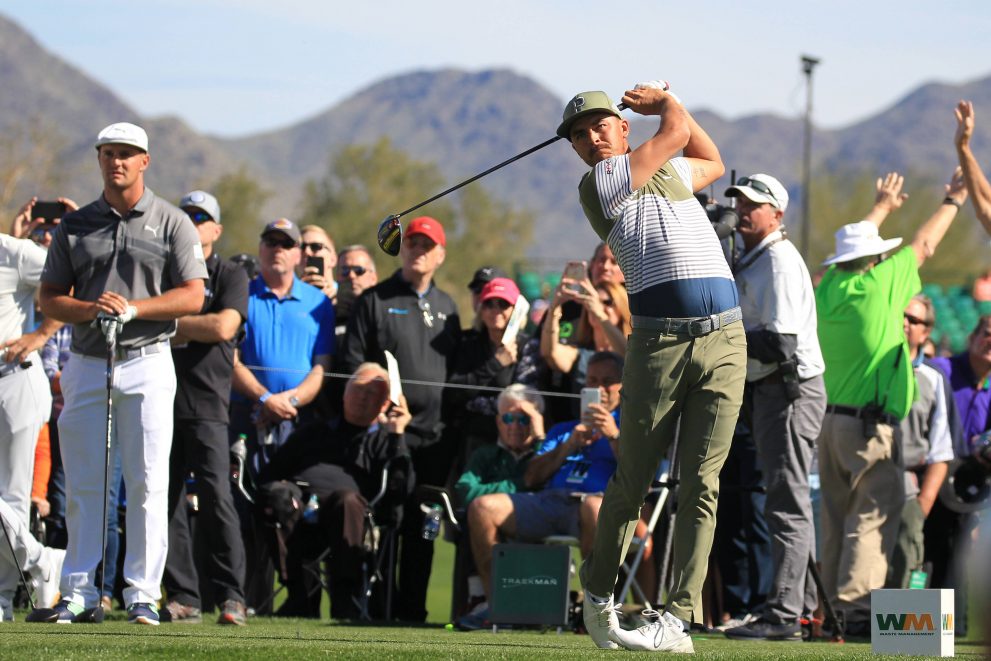 The rowdiest tournament of the year takes place in its usual spot on Super Bowl weekend at the Waste Management Open and it is sure to be another special one.

The infamous par three 16th has seen some incredible scenes over the years and there is sure to be plenty more this year. Brooks Koepka will be hoping to defend his title but there is a very strong field heading to Arizona for this one.

There's no shortage of memorable moments @TPCScottsdale over the years.

If I said to you that you could back a two-time winner of this tournament, who since 2014 ranks first in strokes gained total per round, strokes gained approach and strokes gained ball striking, who just happens to be a major winner and he was available +1600 at BetMGM, you would probably jump at the chance.

Well, this week that is Hideki Matsuyama. His form here over the past four years have not been as good as his first four starts where he had a fourth and a second to go with those pair of wins, but he is playing some of his best golf now after a couple of years where he looked a little out of sorts. He has already won a tournament this year at the Sony Open and he can make it two here.

World number one Jon Rahm heads the market and while he has a good record here — he is yet to finish outside the top 16 — he has just one finish inside the top five and that was on his debut in 2015. He has started the year strongly but probably has not quite reached his best just yet. But he is a player that will love this sort of environment that can perhaps only be matched by the Ryder Cup.

Rahm can contend at any event he turns up at — he is the best player in the world — but this tournament does feel like one he is made to do well at. 15/2 may be on the short side in such a classy field, but he is very much a contender here and will be the pick for many coming in this week.

Rickie Fowler is a tough player to back these days, but at 90/1 he could be incredible value. He simply loves this place. He had three top 10s between 2016 and 2019, including a win and what should have been a second if it was not for a disastrous 71st hole. His dip in form over the past couple of years has been well documented but there have been some signs of life such as the third place finish at the CJ Cup at the back end of last year. It is a risk to back a player that just has not looked like the player that was destined to win a major and perhaps multiple majors not long ago, but at 90/1 he could be great value for the win, but the place markets as well.

Another player that has not exactly been at his best lately, but has a chance to do well at a place he loves is Bubba Watson. A second place in Saudi Arabia was a reminder of what the two time Masters champion can do. His form at the tournament reads about as good as possible without a win with five top five finishes. Like with Fowler, you are banking on form being temporary and class being permanent, but at a big price he could be worth a punt to follow up last week’s great finish.

This tournament always seems to produce exciting and dramatic finishes. Fowler both lost a tournament and then went on to win the tournament thanks to the water by the side of the drivable 17th. We often see some low scoring that really gets the crowds going but all eyes will be on that incredible 16th hole all week. We have seen plenty of holes in one over the years with pin placements often opening up the possibility. It is 4/6 that we see another if you fancy backing that.