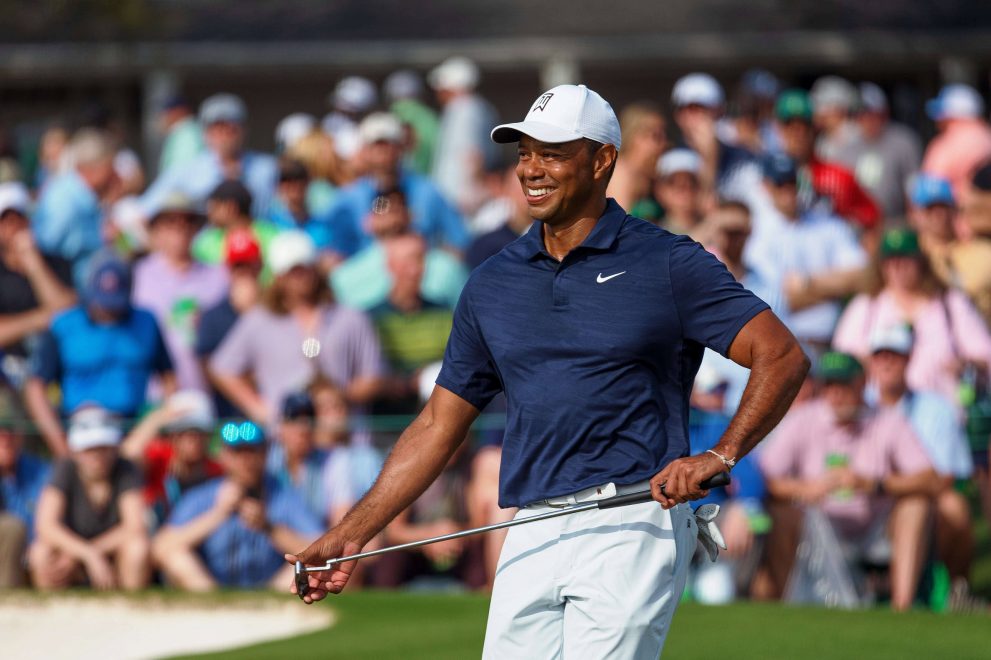 It is finally here, the greatest tournament in golf – The Masters. The first major of the year gets underway on Thursday and there is a surprising entrant – Tiger Woods.

It has been looking more and more likely that the greatest player to ever pick up a club would be in the field at Augusta but it was confirmed today that he will make his return to golf after his horrific car crash 14 months ago and he believes he can win it.

Woods is not the sort of person to turn up to a tournament without thinking he has a chance, but this may be a step too far, even for him. Not only has he been out of competitive golf, but Augusta is one of the most undulating, tough walks that these players play all season long. It is going to be a tough test of his fitness, let alone his golf. He is 55/1 to win this week and it would certainly be a fun ticket to hold if he is contention, but a top 20 would be a great achievement.

When looking at contenders there seems to be so many this week. Lots of players are playing well right now but other than Scottie Scheffler, who after his incredible run of late is still available at 16/1, nobody has really hit their very best. It feels like one of the most wide open Masters we have seen in some time.

It may be hard to look past Scheffler. He has rocketed up the rankings to take the number one spot after three wins in his past five starts and looks ready to take the next step and win a major. The pressure of coming into an event like this as one of the fancied players is very different though and it is a little bit of a worry. We have seen much more experienced players come unstuck on Sunday at Augusta.

There is nothing that can prepare a player for heading to Amen Corner with a chance at picking up the Green Jacket. There may be other players that have more appeal this week, but Scheffler is going to be plenty of people’s pick for the week.

Jon Rahm has been playing some excellent golf tee to green so far in 2022. He is either leading or right up there on nearly all the major ball striking categories. It just has not quite come together for him yet. But he has looked destined to win this tournament from the moment he burst onto the scene.

He has a game built for Augusta and he certainly has the temperament to win here. He has four straight top 10s here, and also finished in the top 10 in all four majors last year. He really comes alive when the pressure is at its highest and 11/1 is so tempting, even if it is the shortest price of anybody in the field.

There are very few players in the field with a better record around Augusta than Jordan Spieth. A staggering five top threes in just eight appearances is phenomenal. He has looked a little short of his best but a final round 67 where he played some great golf really gives you more confidence heading into this week. He has one win here, and it really should be two if it wasn’t for his famous collapse. At 22/1 he is just a great value play. Augusta is a place where we have seen the likes of Fred Couples come in and find some magic and Spieth can certainly do similar.

Finding a longshot at the Masters can be hard. It is the smallest field of all four majors and a decent percentage of those are made up of amateurs and a lot of former champions that are not a genuine threat to win.

But Tyrell Hatton really stands out at 55/1. He is putting incredibly well at the moment and that is so key around this course with its fast and slopey greens. But he has also shown that he has what it takes to win big events. Like Rahm, these sorts of situations can fire him up and if you are looking for a longer shot then the Englishman may be the way to go.

When looking for a winner in a major, Brooks Koepka is often a good place to start. He lives for these tournaments and while his record in standard PGA Tour events perhaps is not as good as his talent deserves, his major record is incredible. When the best players in the world gather, he is so often at the top of his game. He finally seems to be healthy after knee issues last year and he showed at the WGC Dell Match Play that he is very close to his best. 20/1 is a good price for a serial major winner who is hitting some great form.

This is often the most entertaining tournament of the year. The setting at Augusta is incredible. The course is so exciting with so many places that the tournament can be won on the back nine on Sunday. Amen Corner, there’s eagles to be made on the par fives and plenty of hazards. The tournament is never over until it is over, and who knows, maybe we will get one more bit of magic from Tiger…