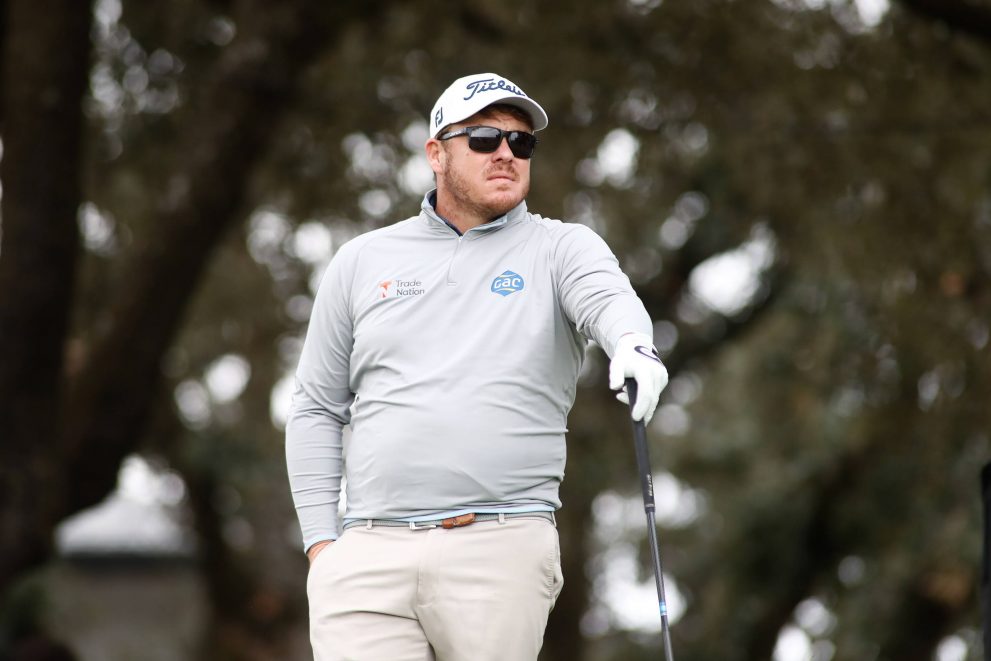 Doha Golf Club, the original venue for the Qatar Masters from 1998-2019, returns as the venue for the rescheduled event, taking over from Education City Golf Club, which had hosted the two previous renewals.

This exposed, windy track will be a different sort of test to the ones played in South Africa in recent weeks. Expect much tougher scoring with winds forecast up to 30mph. Lots of past winners have a history of links pedigree, something that may point to the winner come Sunday. This winner’s circle includes Open stalwarts like Sergio Garcia, Paul Lawrie, Thomas Bjorn, Adam Scott and Ernie Els.

George Coetzee loves this event, with six top 10s since 2013, including two second-place finishes at this golf course, and he is justifiably one of the bookies’ favourites this week. A prolific winner with 14 professional wins across the world, when he likes a track, he usually shoots into contention. Familiarity is key for Coetzee.

Take the Tshwane Open for example, where he won in 2015 and 2018. His recent performances show that he is comfortable with his game, with a 4th place in Pecanwood and 9th at the Ras Al Khaimah Classic. His win at the 2020 Portugal Masters correlates nicely with the view of links golf pedigree being vital to winning at the Qatar Masters. Past Open winners like Padraig Harrington and Shane Lowry, as well as Open nearly man Lee Westwood, won in Portugal.

Although the beauty of golf betting is finding value lower down the pecking order, sometimes you just have to play the obvious option that is staring you right in the face, for fear of not backing them come Sunday can ruin your weekend. Coetzee is still just good enough value at 20/1 with 888 Sport.

Romain Langasque enters this tournament with two top tens in his previous two starts. He could have gone much closer than finishing 9th last week at Steyn Championship if he didn’t falter on the back nine. Langasque is also comfortable playing in the Middle East, having played well earlier in the year, finishing in the top 20 in Abu Dhabi and Dubai. He finished 3rd in the 2019 Scottish Open, indicating his comfortability in windy, links-style conditions. He is shortening rapidly with most bookmakers as the week goes by for good reason, but 10bet still have him at 30/1.

Jorge Campillo appeals this week at 50/1. A former winner of the Qatar Masters in 2020, albeit at the Education City Golf Club, who is finding some consistency of late. He had a solid South African swing, finishing T13, T28 and T25 over the past three weeks. That gives great hope when you consider Campillo favours desert tracks where the elements are in full force. As mentioned, he is a previous winner of this event, but perhaps more importantly, he finished second on this course in 2019. He also finished in the top 20 in 2016 and 2017.

Back that up with his 2019 win at similar conditions in the Trophee Hassan II in Morocco, and you have all the makings of a lively outsider. In a relatively young and inexperienced field, Campillo’s vast experience on the tour can come to the fore.

It’s always fun to cheer on a big outsider in a golf tournament, and one very speculative punt this week is Darren Fichardt, based solely on previous course form. Fichardt has 5 missed cuts in his last 6 events, but he has a stellar track record at this event. He won this event all the way back in 2003, and came 3rd in 2006. Admittedly, that may be looking too far in the past, when Fitchardt was in the prime of his golfing career, but he did finish second in this event at Education City Golf Club last year!

Like Campillo, Fichardt has bags of experience, and this will play into his hands, as Doha Golf Club has been around on the tour since 1998. To put that into context, the Hojgaard twins weren’t even born yet. This is definitely a pick to go with bookies who are doing 7 places each way, and Coral are doing exactly that, with Fichardt quoted at 250/1.