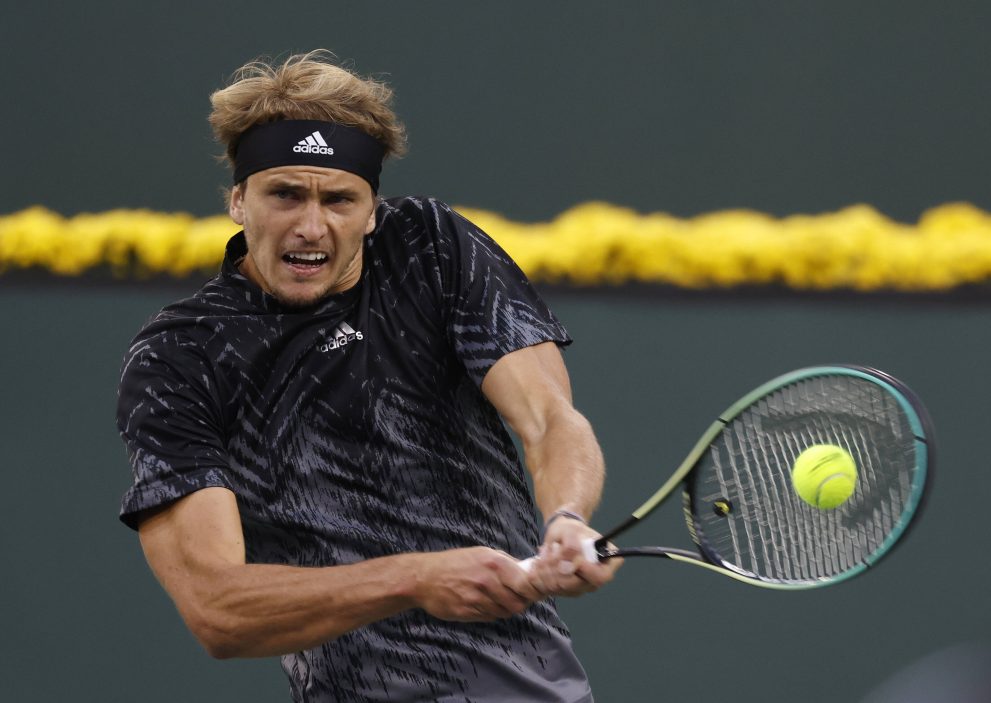 Indian Wells has already witnessed a great deal of drama in the men’s and women’s singles of the ATP Masters 1000 and WTA 1000 events at the same time. This tournament has earned a reputation as the sport’s fifth Grand Slam and it’s clear just how many players want to add their title to their collection.

Stefanos Tsitsipas and Sascha Zverev looked to be the favourites to win the men’s tournament, with the number two and number three seed set to meet each other in the semis if they can make it through their quarter-final ties. If this materialises, it could be one of the most compelling matches of the whole season. Such is the competition between Tsitsipas and Zverev, both of whom want to take the next step in their career.

The WTA women’s tournament looks to be wide open with the slow conditions and heavy balls a factor. Victoria Azarenka and Jelena Ostapenko will meet in the final four while Paula Badosa and Ons Jabeur complete the semi-final lineup. The majority of the top seeds fell early and that has cleared the path for a relative outsider to claim a big title. Here are three matches set to be played at Indian Wells that deserve your attention.

America has struggled for male players capable of winning Masters 1000 events in recent years, but Taylor Fritz looks to be in excellent form right now and stands a good chance of going all the way at Indian Wells. Indeed, the home hope has beaten Brandon Nakashima, Matteo Berrettini, and Jannik Sinner in the California desert, with the latter two victories particularly impressive.

Fritz won more than half of his service points as well as his return points against Sinner in the previous round. The American will need to keep up these numbers, particularly with regards to his returning game, with Zverev one of the most devastating serves in the men’s game at this moment in time.

Says he's incredibly stubborn by nature, which certainly helped in his quick rebound.

There is an argument that Zverev is currently the best player in the men’s game right now. The German has won 20 of his last 21 matches with his only defeat coming against Novak Djokovic at the US Open and is widely considered to be the favourite to add another Masters 1000 title to his career haul at Indian Wells.

Zverev didn’t drop his serve once in his fourth round match against Gael Monfils, but was pushed all the way by Andy Murray in the round before that. The number three seed allowed his second serve to wobble against Murray, who demonstrated a willingness to step inside on his return. That could give Fritz encouragement that he might be able to do similar.

After a resurgent 2020 season, it seemed Azarenka was set to reclaim her place at the top of the women’s game this year, but that hasn’t materialised for the Belarusian. Indeed, Azarenka’s best results in 2021 were a fourth round appearance at Roland Garros and two semi-finals at WTA tour level.

However, Azarenka has been a force again at Indian Wells with the former world number one yet to drop a set in the tournament. Her 6-4, 6-2 victory over Jessica Pegula in the quarter-finals hinted at the level Azarenka is playing at right now, but the 32-year-old will have to lift things again for the final four.

Victoria Azarenka gets back into @BNPPARIBASOPEN last 4 for the 1st time since 2016… This year she won the title!

Ostapenko has enjoyed a good 2021 so far with the former Roland Garros champion just one win away from her third final of the year. The Latvian trailed 1-3, 0-4 in her quarter-final clash against Shelby Rogers, who had been in exceptional form herself, but managed to turn the match around to win 6-4, 4-6, 6-3.

This is the furthest Ostapenko has ever made it at Indian Wells, but she will surely fancy her chances of going all the way in the Californian desert. If the Latvian is to emerge with the win, and a place in the Indian Wells final, it will be because she has found her range and been able to hit through Azarenka, who is more likely to wait for the right moment to strike with her groundstrokes.

It’s been a long time since Grigor Dimitrov was last playing at this level. The Bulgarian has made his first Masters 1000 semi-final in two years after beating three top 20 players in succession at Indian Wells. Dimitrov has seen off US Open champion Daniil Medvedev and world number 12 Hubert Hurkacz in his last two matches and looks to have found his confidence again.

However, Dimitrov’s physical level dropped in the deciding set against Hurkacz in the quarter-finals and has a losing record against Cameron Norrie, who he will meet in the final four. The 30-year-old has shown great variety with the slice with his movement and forehand in good shape. These shots could see him through to the final. Dimitrov will also need to maintain the focus he has shown throughout the tournament.

Grigor Dimitrov aka The Elastic Man 😵

Norrie has enjoyed the best season of his whole career in 2021 and the 26-year-old is now targeting his first ever Masters 1000 title. Norrie dismantled Diego Schwartzmann 6-0,6-2 in a quarter-final victory that made clear the new British number one has the quality and the confidence to go all the way at Indian Wells.

Something that will stand Norrie in good stead is that he has become accustomed to occasions like this in 2021. While he hasn’t ever made the semi-finals of a Masters 1000 event before, the Brit has made nine quarter-finals this year alone and won his first ATP title at Los Cabos earlier this year. Norrie is currently one of the most consistent players on the tour.