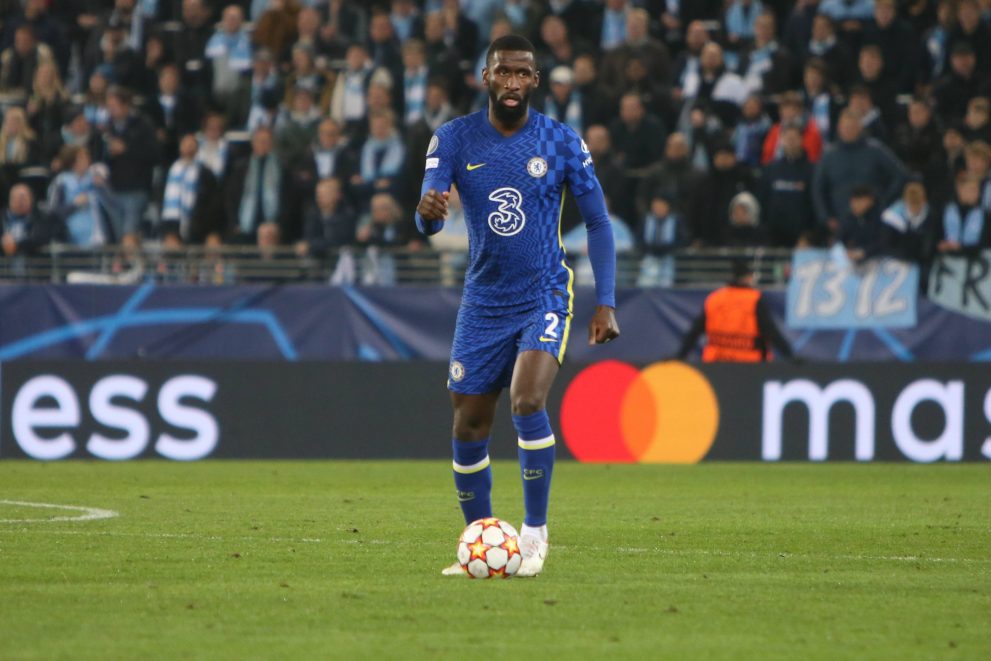 Chelsea’s tectonic transformation under Thomas Tuchel that propelled the Blues to Champions League success last term, led many to tip them for the title this season, or at least be in the reckoning throughout.

So far that has come to pass, with Chelsea sitting pretty, three points clear at the summit, eleven games in and with four of the ‘big six’ already encountered. So far, they’re a safe bet to seriously challenge Liverpool and Manchester City’s recent duopoly at the top of the Premier League.

Yet perhaps simply viewing them as a genuine contender does Chelsea a disservice? It undersells just how good they have been to this point in 2021/22. Indeed, it could be reasonably argued that Tuchel’s men are on course to exceed even the achievements of Mourinho’s great side of 2004/05.

Claiming this is an awfully big shout considering just how phenomenal that collective was. They smashed several long-standing records on route to securing the club’s first league crown for sixty years and by a sizable margin – but the evidence is there.

In their first 11 games, the team that FourFourTwo magazine once voted the fifth-best in the competition’s history kept eight clean sheets. Their present incarnation have kept seven. An imperious back-line that featured Ricardo Carvalho and John Terry in his prime had conceded three goals. The current lot, four. It’s close.

Up front meanwhile, Chelsea’s record-breakers had scored 16 goals by this stage of their dominant campaign. Lukaku and co have fired in 27.

Five of those have been created by Meteo Kovacic who is aiming to return to action this weekend at Leicester following a hamstring problem. Also scheduled to feature is Romelu Lukaku, after spending the international break recovering from an ankle knock. The availability of both these key players significantly strengthens an already formidable, title-chasing outfit.

As for Leicester, theirs is a season of highs and lows that smacks of inconsistency. Granted, an array of costly injuries across their back-line have greatly attributed to this but even with Jonny Evans – a pivotal figure in the Foxes’ defence – back and fit, one week they’re impressive, the next aimless and flat.

This erraticism extends to their home form and precedes their recent injury crisis. Leicester have lost 12 of their last 25 Premier League games at the King Power and not managed to string together three wins on the bounce there since late 2019. The visitors, by way of comparison, have lost only once on the road in the league during Tuchel’s reign.

Chelsea are slender odds to prevail this Saturday lunchtime but still, the 8/11 is tempting.

BREAKING: Thomas Tuchel is the Barclays Premier League Manager of the Month for October! 🏆

The Hammers are exceeding all expectations once again but whereas last season a top-six berth was secured against the odds, now a Champions League placing appears to be up for grabs.

If it seems a little far-fetched or premature to suggest such a thing, we only need to remember their achievements to date. David Moyes’ side are unbeaten on their travels and are behind Manchester City on goal difference alone. Their tremendous scalp of Liverpool prior to the international break was their fourth consecutive victory and the fourth time this term they have scored 3+ goals.

Speaking exclusively to Compare.bet, former West Ham midfielder and cult hero Ian Bishop summed up the optimism and belief around East London at the moment: “Moyes has brought a belief to the squad and a consistency. I’m sure they fear no team right now and he has earned the right to strengthen in the January window. I couldn’t be happier at this moment in time and no fans deserve it more.”

An important figure in the club’s rise has been Michail Antonio whose seven goals this season includes two precious winners. An interesting quirk is that only four players have missed more big chances than the 31-year-old meaning as sensational as he’s been, his impact could be even greater.

One of those four more wasteful players is Franciso Trincao of Wolves, which is of little surprise considering how profligate the West Midlands side have been this campaign. Bruno Lage’s side attempted a remarkable 57 shots in their opening three fixtures only to lose each game 1-0 and though that situation has now been resolved – with Hwang Hee-chan and Raul Jiminez both in rich veins of form – Wanderers have still missed 19 big chances overall this term and been caught offside 23 times. Results may have improved but Wolves remain a side lacking composure in the final third.

Two factors may prove key in determining this contest. Antonio, Jiminez and Declan Rice are all in the Premier League’s top ten for most fouls committed which hints strongly at a fiery encounter. A red card is not an implausible prospect.

The hosts meanwhile have a habit of conceding late on while 16 of West Ham’s 23 goals in the league have arrived in the second period.

Draw/West Ham is a generous 5/1 in the half time/full time market.

Changes are afoot at Arsenal and all of them positive after a terrible start to this campaign that saw Mikel Arteta’s position come under serious scrutiny.

An unbeaten run from September has largely resulted from a structural rejig that has given the Gunners better balance throughout the team, with a special emphasis on a solidity that is reflected in the accompanying statistics.

Last season, Arsenal completed the fifth-most passes in the top-flight. This time out they are 12th. The number of shots taken inside the penalty area meanwhile has significantly reduced, to such an extent it’s almost half that of their opponents this weekend.

In short, they are no longer attempting to pass teams to death and no longer trying to walk the ball into the net. The football they’re playing is no longer typical Arsenal.

This cultural shift has produced a meaningful bonus in facilitating their midfielders to get onto the score-sheet. In recent times the Gunners have been far too reliant on Aubameyang and Lacazette, but while the former is still finding the net with regularity so too is Emile Smith Rowe, with Saka and Odegaard also chipping in. As such, Arsenal have increased their average shots-on-target average from 4-per-game in 2020/21 to 4.7 this time around.

Additionally – and highly significantly – this newfound value of pragmatism has made them harder to break down. Since Manchester City put five past them three games in, Arteta’s men have conceded a goal every 248 minutes, a figure that compares to the very best.

They will certainly need such well-drilled parsimony at Anfield with Liverpool almost making a tradition of comprehhensively beating them on Merseyside. Sadio Mane and Mo Salah have combined to score 14 in this fixture ovet the last four seasons and a welter of 4-0s and 5-1s across the 21st century historically places this as a home banker.

Even so, that was against the old Arsenal, a team that went to Merseyside much too open; with defenders who played like midfielders and midfielders who routinely went AWOL. Back the Reds to win by all means but the Gunners have kept clean sheets in 57% of their commitments this season. With this in mind, the 13/8 available for Liverpool to score under 3.5 goals is a steal.

Arsenal had just four players at the Euros. This week, they had 13 players on senior international duty. It's a measure of how they've grown under Mikel Arteta.https://t.co/Fs2KQog6Yu

The Toffees head to the Etihad winless in four though the combative qualities they displayed against Spurs act as some form of encouragement. It is a spirit they desperately need at present deprived as they are of Mason Holgate, Tom Davies, Abdoulaye Doucoure and Dominic Calvert-Lewin.

The absence of this quartet – along with Yerry Mina who is set to make a welcome return at the weekend – has once again harshly revealed Everton’s limited squad depth with Rafa Benitez forced to make do. The seasoned coach was brought in to finally implement some consistency to the Merseyside club, but his side’s many absences has made that impossible thus far.

The lessening impact of Andros Townsend hasn’t helped matters either and no goals or assists in four, after a brilliant start, only heightens his reputation of starting brightly before tailing off. The loss of Calvert-Lewin meanwhile is substantial, impacting on the form of Richarlison too. Prior to the England forward’s lay-off, Everton were averaging 2.3 goals per game. Since it’s been 1.1.

The hosts are also without a key figure for this one, but in their case it bizarrely strengthens them. With Aymeric Laporte suspended, John Stones partners Ruben Dias for only the second time this season, the pair nigh-on impenetrable last season.

Up front City have been somewhat Jekyll and Hyde to this juncture, converting 4+ goals on seven occasions yet also firing six blanks in all competitions. That’s the same number as all of last season. In Foden, De Bruyne, Bernardo Silva and Jesus however they possess a fearsome compendium of attackers who can hurt sides on a whim.

If Everton’s resolve offers a faint source of hope for the underdogs so too does City’s occasional propensity to struggle after international breaks. Who though does Benitez have at his disposal to punish any rustiness?

Manchester City are 4/5 to win to nil on Sunday afternoon.

#MCFC boast an impressive clean sheet record with John Stones in the side. https://t.co/dXkXeNIdfw