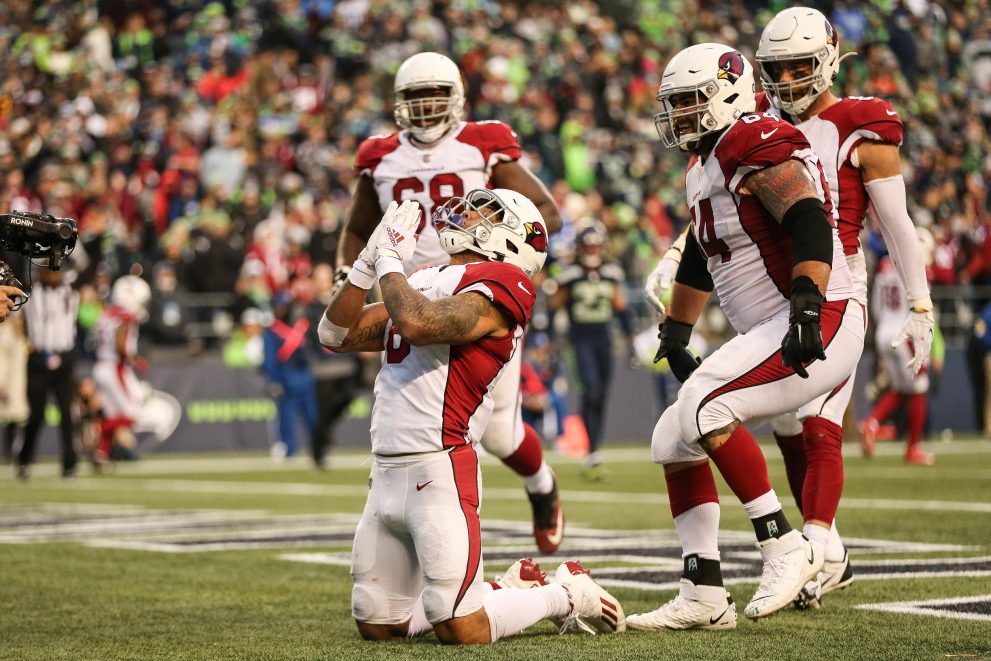 Phoenix is not the barren desert wasteland that is often depicted on TV, but when it comes to championships, the image is agonizingly accurate.

The Phoenix Suns have one of the best all-time winning percentages in the NBA, but have never won a title.

The Arizona Cardinals are one of the losingest franchises in NFL history, and their miraculous run to the Super Bowl in 2008 came up a couple minutes short of glory.

The Arizona Coyotes have never made the Stanley Cup Finals, and while the baseball team in Phoenix has a championship, that World Series victory in 2001 was so fast — the Diamondbacks were an expansion team just four years earlier — and so stunning that the lack of toil took some pleasure out of the process.

Phoenix is a basketball town, as the Suns were the first pro sports team to arrive and have always held a special place in the hearts of natives.

You’re a #PhoenixSuns fan if you remember this as “The Madhouse on McDowell” pic.twitter.com/Pf2wGcvCKW

The NFL is the most popular sport in the country, and the Cardinals have also carved out their niche in Arizona after a slow start that included 10 straight non-winning seasons upon arrival.

A championship for either team would be met with local delirium, as the Suns’ run to the NBA Finals last year can attest.

But it’s time to think bigger. The year 2022 has the chance to bring not just one, but two, titles to the desert, a downpour of success that would wash away decades of agony.

THE CARDINALS HAVE TAKEN FLIGHT

When the Chicago Cubs won the World Series in 2016, it vaulted the Cardinals to the top of an ignominious list — their championship drought dating back to 1947 was now the longest of any team in the four major sports.

They’ve had their chances of late, headlined by that unlikely Super Bowl run in 2008 and a dominant team in 2015 that lost in the NFC Championship game. After some down years, the Cardinals are back in contention this season, boasting arguably the best team in franchise history.

The Cardinals beat the Seahawks, 23-13 on Sunday, doing so without star quarterback Kyler Murray. It may have ended an era of dominance for Seattle while continuing to kickstart their own.

In a league where margin of victory says a lot about a team, the Cardinals have absolutely dominated some of the NFL’s better clubs.

They beat the Titans by 25 points, the Browns by 23, the Rams by 17 and the 49ers by 14. Arizona is 6-0 on the road this season with every win coming by double-digits, a truly head-turning feat in the parity-filled NFL.

Cardinals have played three games without Kyler Murray and still have the best record in the NFL.

The Cardinals have lost one game this season which Murray has played. In that 24-21 defeat, Arizona averaged 6.1 yards per play compared to 4.7 for Green Bay, turned the ball over twice near their end zone, and still would have won if not for an A.J. Green mental error in the waning seconds which led to an interception instead of a game-winning touchdown.

Injuries are always the great equalizer in the NFL, and the Cardinals must cross their fingers and hope for good health when the playoffs approach, but the team currently assembled is equipped as any to make a Super Bowl run.

THE SUNS CONTINUE TO SHINE

Phoenix stunned the basketball world a season ago by finishing the regular season 51-21 and making it to the NBA Finals. The Suns held a 2-0 lead on the Milwaukee Bucks before losing four straight to fall heartbreakingly short of the championship.

Despite that excellence, Phoenix headed into this season as one of the secondary contenders, according to the oddsmakers. The star-studded Brooklyn Nets were the team to beat, while the rebuilt Los Angeles Lakers and the Golden State Warriors were back on top in the West.

Phoenix has an enviable mixture of talent, continuity and on-court chemistry, which was acutely detailed by Scott Bordow last week and looks more prescient by the minute.

The NBA is a star-driven league, so no matter how much the Lakers struggle in the regular season, there is always a chance they get things together with a healthy LeBron James leading the way in the playoffs.

But that was the narrative a season ago, and Los Angeles’ top-heavy roster crumbled against Phoenix in the playoffs because of an injury to Anthony Davis. Phoenix has a much more well-balanced group, capable of leaning on different players at different times to get the job done.

The Suns missed out on an excellent championship opportunity a season ago, and windows will often shut quicker than expected in sports because of injuries, age or poorer-than-hoped seasons from stars.

But so far, Phoenix looks like it has staying power, playing as well as anyone in the NBA one-fifth of the way through the schedule.

A LOOK AT THE CHAMPIONSHIP ODDS

The Cardinals and Suns are both on the short list of championship contenders in their respective sports, but the oddsmakers have not given them the same respect as the records would indicate.

Arizona is tied with the Los Angeles Rams and Dallas Cowboys for the fourth-best Super Bowl odds, per DraftKings, at +900. The Cardinals trail the Tampa Bay Buccaneers, Kansas City Chiefs and Buffalo Bills.

The Suns have the seventh-best odds to win the NBA championship at +1500, per DraftKings. They trail the Nets — who are still the heavy favorites to win it all — Warriors, Lakers, Bucks, Utah Jazz and Miami Heat.

It’s never easy to win a title, and the cold mathematical reality suggests neither will hoist the hardware in 2022. But never before have the Suns and Cardinals been so close at the same time.

There are fairytale stories all the time in the sports world, and both teams have positioned themselves to claim that made-for-Hollywood ending.

Sports fans in Arizona have dealt with a lot of heartache over the years. A double dose of championships would certainly cure those ills, and make 2022 an iconic year in the state’s history.