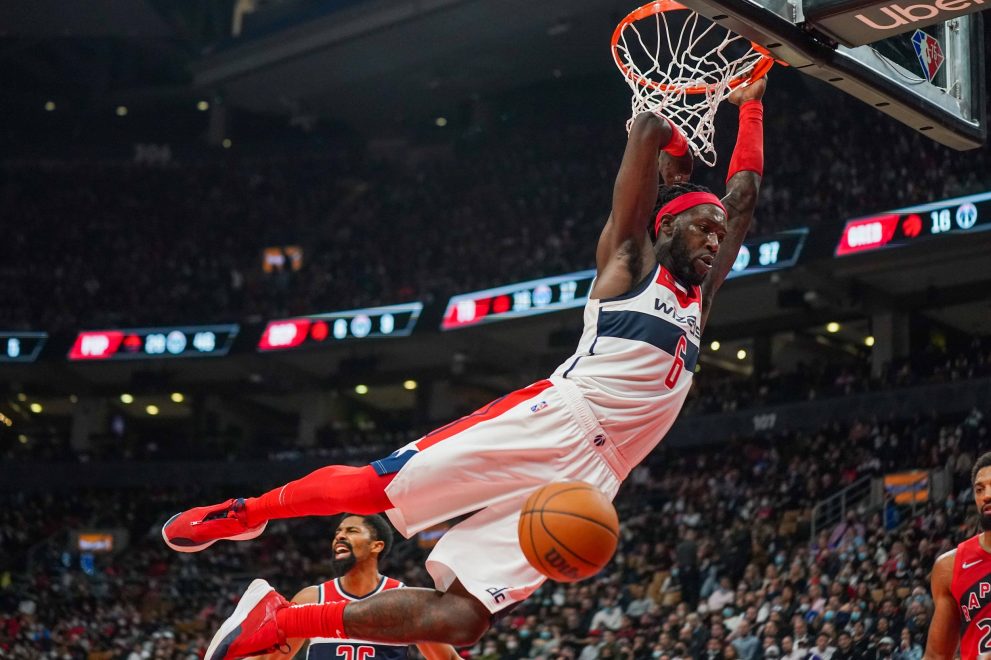 Through it all, Beal never wavered, even when fellow All-Star Russell Westbrook helped push for a trade to the Los Angeles Lakers to form a Big Three alongside LeBron James and Anthony Davis.

All that only raised the outside noise that the remaining Wizards star should ask for a trade to another franchise where he has a better chance to compete for an NBA title. Beal didn’t let the chatter get to him but instead doubled down on his commitment to Washington by never requesting to be moved.

Through the first several weeks of the 2021-22 season, it’s paid significant dividends as the Wizards hold one of the league’s best records. Washington sits at an 11-6 record, only 1.5 games behind the Brooklyn Nets for the top mark in the Eastern Conference.

Washington has run through the early portion of their schedule, winning seven out of their first eight home games. It includes holding a 9-6 record against Eastern Conference opponents.

The Wizards have cooled off a bit from their blazing 5-1 start, but they have racked up impressive wins along the way. They have beaten the Boston Celtics twice, Milwaukee Bucks, Miami Heat, and Atlanta Hawks.

Washington hasn’t been a world-beater by any means, but they have quickly blown past the expectations of a team that would be clawing for one of the final playoff spots.

It’s been especially surprising given that Beal has struggled to find any offensive consistency as he’s averaging a team-best 23.7 points per contest, but is shooting 42.8% from the floor, the lowest since his third season, and a career-low 27.8% from beyond the arc. Despite that, he’s tallied 20 or more points nine times, including six times in the first eight games of November.

It’s clearly been much more than Beal’s play that has lifted them to one of the Eastern Conference’s best records. What has been the difference is the play of the Wizards’ key offseason additions excelling in significant roles.

The John Wall and Russell Westbrook trades are looking pretty, pretty, pretty good for the Wizards right about now. Kyle Kuzma is saving this team

Washington’s next four leading scorers after Beal are their four biggest summer acquisitions. Spencer Dinwiddie has provided strong stability as the starting point guard, averaging 15.7 points and 5.6 assists while shooting 37.5% from beyond the arc.

Meanwhile, the Wizards are benefiting greatly from the play of the players acquired in the Westbrook trade. Kyle Kuzma looks extremely comfortable in his new surroundings that led him to become a significant factor on the glass, averaging a career-high 9.2 rebounds per contest in a full-time starting role.

Kuzma has tallied eight games with double-digit rebounds, including six double-doubles. Meanwhile, he’s scored at least 20 points three times. His team-leading double-doubles are the highest total he has recorded through 16 games of any season of his career.

When you're off to one of the best starts in franchise history, you get to wear whatever you want😂@kylekuzma | #DCAboveAll pic.twitter.com/2drVu8PpGg

Meanwhile, the eight contests with at least 10 rebounds is also a career-best mark over that same stretch to start a season. The 26-year-old is embracing the opportunity to not play in another player’s shadow as he was in Los Angeles with James and Davis.

“You know it’s very fun, obviously, from an individual standpoint,” Kuzma said via The Washington Post. “This is kind of what I wanted: an opportunity to not be in someone’s shadow. I have the opportunity to come in and lead and use my championship mentality and everything I have learned from those two guys out in L.A.”

Much of the same could be said of big man Montrezl Harrell as he quickly embraced a significant offensive role off the bench. He’s second on the team with 17.1 points along with 8.4 rebounds while shooting 64.3% from the floor along with a career-high 82.6% from the free-throw line. His five double-doubles through 16 games is a career-best mark.

Harrell is performing like the player he was with the Los Angeles Clippers, where he won the Sixth Man of the Year award. He’s filled a pivotal role off the bench as the team’s most reliable scoring option as he has notched double-digit scoring all 16 games while he’s posted six 20-point outings., which is a career-best feat through that span to start a season.

Although Kentavious Caldwell-Pope is the least productive of the bunch with 9.6 points, he’s hitting at a 36.4% clip from 3-point range, including hitting at least three 3-pointers five times. Caldwell-Pope has provided tremendous stability as a viable backcourt defender.

Washington isn’t a team that flashes out with any eye-popping statistics, but their cohesiveness together as a unit continues to push them forward. Aside from ranking fourth in the league with a 104.0 defensive rating, while being fourth with 37.5 defensive rebounds per contest.

The team is building a culture that has been easy for the players to adapt and embrace their roles coupled with the motivation to prove they can be better than the expectations.

“You had to adapt to the culture over there and be willing to play your role,” Caldwell-Pope said via The Washington Post. “But I feel like here it’s different. We’re players that can play. We want to show it. We want to have that opportunity, and so far, so good here.”

It’s still extremely early in the process to judge how the Wizards’ 2021-22 campaign will ultimately pan out. However, they have been one of the league’s most pleasant surprises. Their immediate cohesiveness is something that will go a long way in helping them achieve sustained success.

The Wizards certainly look every bit the part of a playoff team, but beyond that, it remains undetermined. Washington doesn’t possess the star power beyond Beal, but they have the necessary role players to build a team that can potentially make some noise in the playoffs.

If Washington continues its upward trajectory, it could become an aggressive team at the trade deadline to add a piece or two to ramp up the playoff push. Much can change before then, but the franchise may have something brewing that could make it an appealing destination, unlike what it has been in years past.

That alone could go a long way in building something special in Washington that extends further than this season. Beal’s reluctance to play elsewhere may finally pay off toward the franchise being able to lure in other star talents to construct a championship contender.

Beyond that, Wizards’ fate may be tied to Beal finding his groove. He’s struggled to find his footing, which the team’s success has brushed much of that concern under the rug. However, there will come a point where he needs to find that offensive consistency that’s earned him the reputation as one of the league’s best scoring talents.

“We’re getting our D.C. swagger back,’ Beal said after last Saturday’s win after erasing a 16-point deficit against Miami Heat, via NBC Sports Washington. “The fans know. They feel the energy and we feed off the energy. So please continue to support us. We gonna continue to go hard. This team is special. We coming, we coming.”

Until then, Washington’s balanced play behind him should keep them firmly in the playoff picture. There is plenty of the regular season left to play, which will serve as an opportunity for the Wizards to prove they are much more than a flash in the pan.