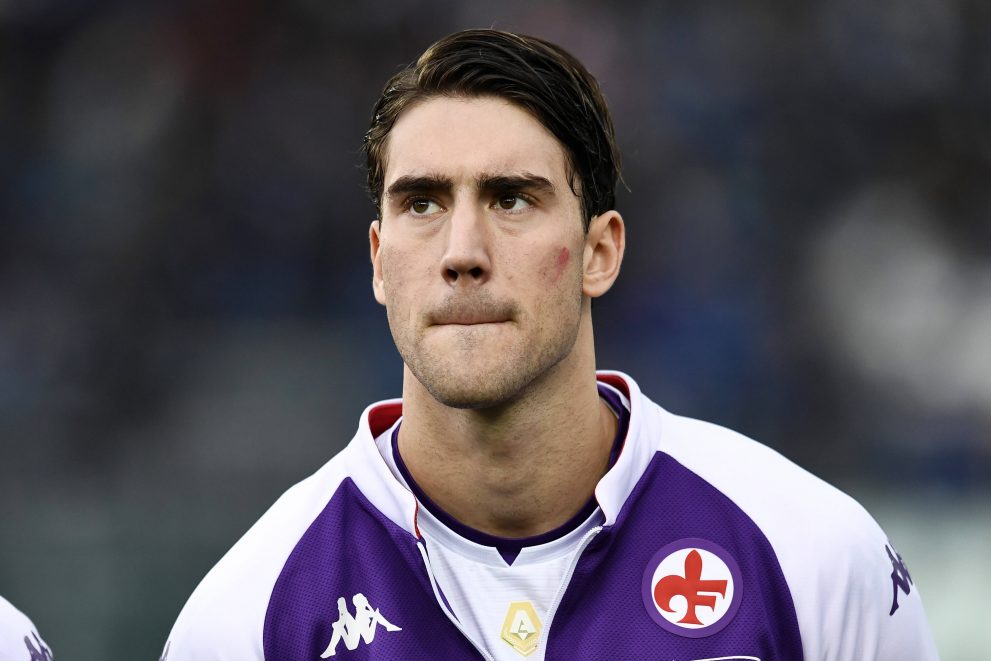 It’s been a long time since Fiorentina last boasted a forward of Dusan Vlahovic’s quality. In fact, many Viola fans see similarities between the young Serbian and Gabriel Batistuta, widely considered the greatest player in the Serie A club’s history. Rather than crushing Vlahovic, such expectation has emboldened him.

The 21-year-old has scored four goals in his last three league outings and has 12 goals in 15 Serie A appearances in total. Nobody has found the back of the net more times in the Italian top flight than Vlahovic this season with many of Europe’s biggest and most illustrious clubs reportedly circling the striker.

Liverpool, Manchester City and Tottenham Hotspur have all been linked with Vlahovic. Antonio Conte in particular is believed to be keen to sign the Serbian having watched him at close quarters during his time in Serie A over the last two seasons. It seems unlikely the 21-year-old will still be at Fiorentina beyond the end of the season.

Dušan Vlahović has now scored 12 league goals so far this season, Robert Lewandowski is the only player in Europe's top five divisions with more (14).

However, a move to Arsenal, who are also reportedly monitoring the situation, could be the most appealing option for Vlahovic. The Emirates Stadium might be the perfect place for the Serbian youngster to take his career to the next level, and Vlahovic could be the perfect frontman to accelerate their development under Mikel Arteta.

While the Gunners suffered a difficult start to the season, they have bounced back and are now firmly in the hunt for a top four place and Champions League qualification. Arteta has put in place a structure that does a good job of harnessing the talent at the club with Arsenal seemingly heading in the right direction at last.

There remains a sense that Arteta has still to find the right frontman for his system, however. Pierre-Emerick Aubameyang and Alexandre Lacazette have both been used in the role, but only because Arsenal don’t have many other options. Aubameyang has adapted to a certain extent, but the defensive work Arteta wants to see from his forwards doesn’t come naturally to the 32-year-old while Lacazette is out of contract at the end of the season.

Vlahovic might be the sharpest finisher in Serie A at this moment in time, but he is also one of the best pressers in the Italian top flight, making a total of 87 pressures in the attacking third this season. For context, only six players have made more. This is supplemented by 56 pressures in the midfield third, demonstrating how the Serbian is willing to help out in a deeper position when required.

What a stunning team move! 💨

1️⃣4️⃣ goals in all competitions this season for Serie A's leading scorer! pic.twitter.com/pX7QvORzLk

Never before has it been so important for forward players to offer something on the defensive side of the ball. Managers expect all 10 outfield players to appreciate their wider role in the system. Even Cristiano Ronaldo, arguably the greatest goalscorer of all-time who has netted 12 times in 16 games for Manchester United this season, has faced criticism of his inability, or unwillingness, to press from the front.

Aubameyang does his best, but his problem is that he struggles to maintain his high levels of attacking output when trying to fit into Arteta’s system. Vlahovic, on the other hand, appears more comfortable with maintaining responsibilities on both sides of the ball. He is the modern centre forward in that there is much more to his game than just his finishing.

Arteta has used Aubameyang on the left wing a number of times, but Emile Smith Rowe gives Arsenal the right balance on that flank with Kieran Tierney or Nuno Taveres afforded the freedom to make the byline. On the opposite flank, Bukayo Saka is commonly deployed as an orthodox winger to give the Gunners steadiness in their tactical structure.

Only Ciro Immobile (8.6) has a higher Expected Goals (xG) value in Serie A right now than Vlahovic (8.5) and there is next to nothing in it. The young Serbian is out-performing his xG value by 3.5 goals, suggesting that he might struggle to maintain his scoring levels over the season as a whole. Nonetheless, it does prove just how clinically he is currently taking his opportunities.

At 21 years old, Vlahovic is already accomplished beyond his years. He is capable with the ball at his feet, he can dribble past opponents (he is averaging 1.1 dribbles per 90 minutes this season) and also has the physical attributes to handle himself against the strongest defences. This would serve him well in the Premier League.

🇮🇹 No player has scored more goals in Serie A this season than Dusan Vlahovic.

⭐️ He’s scored 32 goals since the start of last season

🟣 No player in Fiorentina's history has scored more Serie A goals in a single calendar year than him.

Superstar in the making 👏 pic.twitter.com/VvnQjpvjEt

Of course, these qualities make Vlahovic a good fit for most sides, but at Liverpool and Manchester City he would face stiff competition to merely force his way into the first team. At Arsenal, there could be a platform for him to become the face of one of the biggest clubs in the Premier League suddenly enjoying an upward trajectory. He would have the makings of the Gunners’ best striker since Robin van Persie.

Arsenal have spent a lot of money in the transfer market in recent years with close £150m splurged in the 2021 summer window alone. This was required due to the scale of the squad rebuild being undertaken at the Emirates, but the Gunners are now at the point where they need quality in only two or three key areas.

Fiorentina will likely demand a hefty transfer fee for Vlahovic, but he could be worth it for Arsenal. The Gunners have shown a willingness to whip out the chequebook when signing new players to form the spine of their team (see Thomas Partey, Aaron Ramsdale and Ben White) and the addition of Vlahovic would certainly strengthen the club’s core.

After some signs of improvement, it’s important that Arsenal continue to build under Arteta. The club’s hierarchy must back their manager when the right player becomes available in the transfer market and Vlahovic very much looks like the right player for what they need. He could be the centre forward Arteta has been looking for.