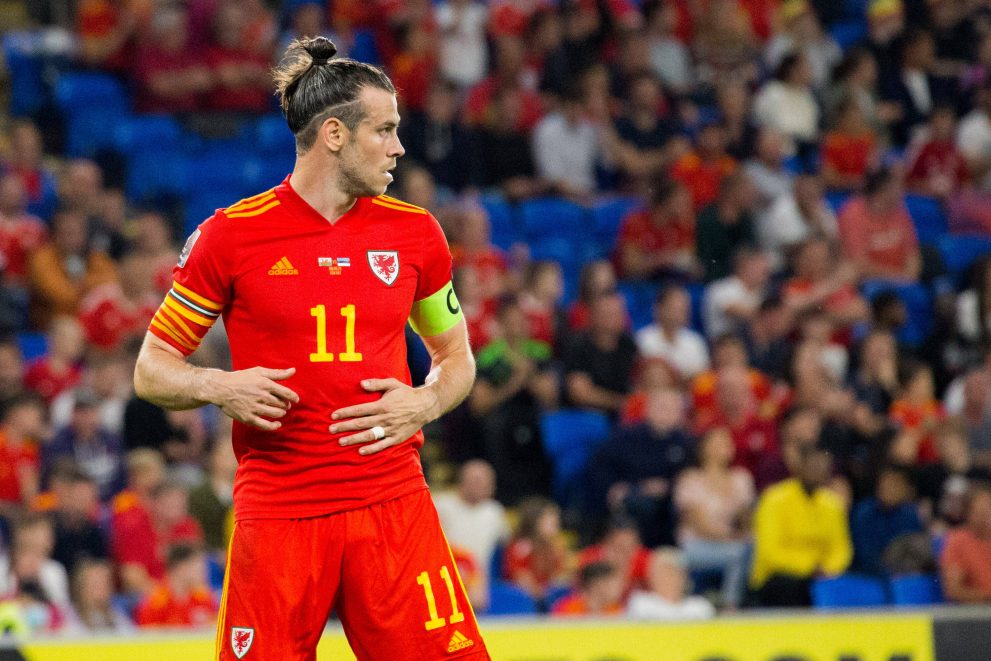 It is July 6th 2016 and Wales have just exited the Euros at the semi-final stage courtesy of a fabulous Portugal side complete with Cristiano Ronaldo. I’m standing in a beer garden, deflated, and needing some fresh air and a chance to reflect on an amazing adventure ended. Inside the pub, beer and sweat drip off the ceiling and the place is rammed, a place that usually hosts dominos on a Wednesday evening.

I reflect on a surreal fortnight that has seen little-fancied Wales reach a major tournament for the first time in 58 years then exceed all expectations by finishing top of their group, edging past Northern Ireland, then beating Belgium courtesy of a fabulous Cruyff-turn by Hal Robson-Kanu. Across those weeks I was inundated by Whatsapp messages from friends and fellow countrymen out in France, among the ‘Red Wall, telling me how incredible it was, while up and down the land mums with little interest in football were calling their sons to talk about the previous night’s games. Queues in the Spar were that bit longer as shopworkers chatted with customers about Gareth Bale. Wales was alive; vibrant and proud.

A thunderous noise emanated from the pub and I looked through a nearby window. ‘Don’t Take Me Home’ had started up, the supporter’s anthem from that tournament and I could see the faces of those belting it out at the top of their lungs. Everyone was smiling. Everyone was celebrating. Wales had just suffered an awful disappointment, and everyone was rejoicing in who we were and what we had achieved against all odds.

I excused myself from the company I was keeping and stepped away to the far end of the beer garden, overlooking a deserted cricket pitch. And for the first time in my life, I shed a wholly patriotic tear.

Making his 100th appearance for Wales, Gareth Bale is 8/11 to score anytime against Belarus this Saturday evening with bet365.

Bale will go down as a player who has united Wales like few before him and delivered the nation’s dreams — while remaining grounded. “Fame will never change him,” Hennessey says.

For a country with a population of just 3.1 million Wales have somehow produced an astonishing array of elite talent down the years yet still it was never quite enough. In 1977, a side featuring Leighton James and John Toshack lost to Scotland in a winner-takes-all World Cup qualifying bout against Scotland at a neutral Anfield. Late in the game, Joe Jordan handballed in the opposition area only for the referee to award Scotland with a decisive penalty. It remains one of the most infamous officiating mistakes in British football history. It hurts to this day.

A generation later, Wales were again just one hurdle away from securing a World Cup dream only to lose at home to Romania. Late in the game, Paul Bodin missed a spot-kick that would surely have gained them entry to USA ’94.

Elsewhere, a further World Cup was missed out on because of goal difference, compounded in 2003 with a Euro play-off loss to Russia and for a long, long time it felt like this was always going to be the way. Wales coming so close. Wales valiant but denied. That’s why their remarkable success in 2016 meant so much, as a lifetime’s pent-up frustration – both personally endured and inherited – evaporated, replaced by the sheer thrill of seeing a once lowly-ranked nation compete with, and beat, Europe’s great and good.

Yet that wasn’t enough, nor was a second consecutive Euro exploit last year, with Wales again surprising one and all by progressing past the group stage. Not when our World Cup curse remains.

Presently, Robert Page’s men are guaranteed a play-off spot via their Nations League results but a double-header this week against Belarus and Belgium will determine if second place in Group E can be achieved. If it is, their play-off opponent will be significantly easier and given the nation’s track record in this particular fixture that matters a lot. It is therefore a huge week for Cymru.

A very reasonable 2/1 is available for both Wales and Belarus to score Cardiff in a game that produces over 2.5 goals.

Cymru secure a @FIFAWorldCup play-off spot for the first time since 1958 🙌#TogetherStronger pic.twitter.com/01xN9vkfZ4

Journalist Mark Pitman, who has covered the national side for many years, recognizes all too well the importance of the games that lie in wait.

“Qualifying for the World Cup finals would exorcise the last remaining ghost. The year 1958 is a significant one in Welsh football history, and subsequent generations of players and managers have all performed under the shadow of Jimmy Murphy’s squad. Neville Southall, Ian Rush, Mark Hughes, Ryan Giggs and Gary Speed are just some of great names that were never able to grace the world stage, and Gareth Bale and Aaron Ramsey will not want to add their names to this unwanted list.

Of course, qualifying for subsequent Euro finals in 2016 and 2020 went a long way towards easing the weight of history, but there is something very special and unique about the World Cup that separates it from other competitions. Generations of fans since 1958 have dreamt of seeing Wales perform at the finals of the World Cup, and there is a genuine belief that this dream will finally become a reality sooner rather than later.”

The hosts have form for scoring early. Back Wales at 4/6 to be ahead at the break.

A classic goalmouth scramble is exactly what Kieffer Moore needed to put Wales ahead! 🙌 pic.twitter.com/OA4cxJBHSp

Exactly what that reality will mean to the Welsh public is summed up well by ex-national coach Bobby Gould, who presided over an especially tough period for the Red Dragons, becoming a somewhat unpopular figure in the process. Yet still he closely follows his former side’s progress, roots for them from nearby, as he says: “I live just across the water, and I look at Wales every day.”

“It would do so much good for the country, especially with what we’re all going through right now, with the pandemic. The players have to take a great deal of credit because it’s not easy to go from league football to international football. That takes a lot and the manager has been quite outstanding. The Welsh people are so proud of their football team and it’s the same with the rugby. It’s the very pinnacle of people’s lives.”

The latter sentiment gets to the heart of why this final international break of 2021 is so crucial for a grand, small nation. We think of World Cups and what comes to mind are the players, and the games, and the drama. But it’s the supporters in the stands, overseas and enjoying an unforgettable adventure, who truly matter, as too the public back home, crammed in pubs or viewing proceedings enraptured with loved ones. A nation united and vibrant, with patriotism at the fore.

For Welsh fans, Euro 2016 was the pinnacle of our lives. For now, at least.

Wales require four points from their remaining two qualifying fixtures to guarantee a second-place finish in Group E. They are 1/1 to do so.

Bobby Gould
Bobby Gould is a former professional football player and manager. He played for a number of clubs including Coventry, Arsenal, Wolves and West Ham, before entering management. Bobby coached Wimbledon to a famous FA Cup victory in 1988 and managed the Welsh national team for four years. Bobby spoke to Ste Tudor for Compare.bet News, discussing the prospect of Wales qualifying for the 2022 World Cup.

Mark Pitman
Mark is a freelance football journalist. He has been the Welsh FA's Senior Reporter since 2015 and UEFA's Welsh football correspondent since 2013. Mark spoke to Ste Tudor for Compare.bet News, discussing the prospect of Wales qualifying for the 2022 World Cup.