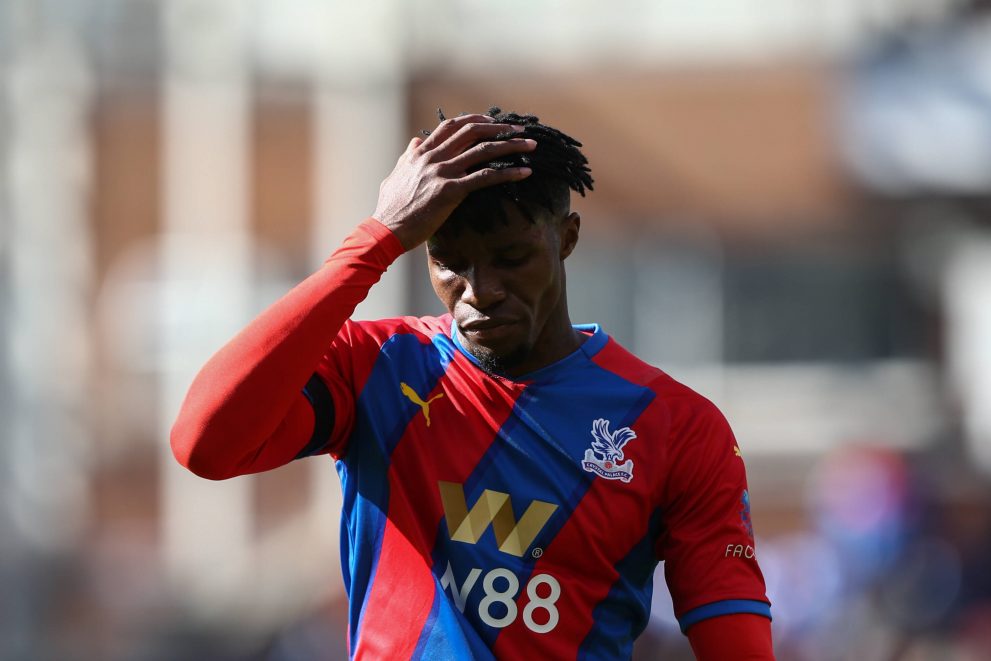 When Wilfried Zaha steps onto the Emirates Stadium pitch on Monday night, he’ll do well to fight back a tinge of sadness that he isn’t lining up on the other side. It was 2019 when the Ivorian was the subject of serious interest from Arsenal, as the penny finally dropped and he realised that he may need to leave Crystal Palace, but he was priced out of a move and the Gunners turned their attention to Nicolas Pepe. Come to think of it, maybe they are feeling some regret, too.

Zaha’s situation at Selhurst Park has been a real eye opener in terms of the way transfer sagas can go in the modern day, busting the myth that a player always gets what he wants when he wants, particularly when it comes to moving from a small club to a big club. The Premier League has a distortion in terms of the financial split amongst its clubs — something exacerbated by the Saudi Arabian-backed takeover at Newcastle United last week. But in comparison to other leagues, and to itself even 10 years ago, it is much stronger across the board; clubs like Palace, who have very little to aim for beyond avoiding relegation every season, are no longer forced to sell their best players so long as they protect their value.

Saka vs Zaha's stats so far this season! ⚽️

Which player will have more of an impact this Monday? 🤔#Arsenal #Saka #Zaha pic.twitter.com/5HSQZEmUEC

Just a year prior to the summer which saw Arsenal and, reportedly, Everton, come to Zaha’s door, he signed a new five-year contract, with nothing to suggest it could be broken, such as a release clause. Because Palace are rich enough to keep themselves afloat, thanks to Premier League money, it instantly transferred the power into their hands until 2023, by which time Zaha will be 31. He was speaking about his love for the club at the time; after all, they gave him his break in football and helped reinvigorate his career once he returned from Manchester United, where it was simply a case of too much, too young.

Nobody could blame Zaha for feeling at home in South London, it was his home. Nevertheless, it felt shortsighted; he was essentially giving his prime years to Palace, years that most players would want to spend playing in the Champions League if at all possible. He’d shown ambition in the first place, heading to Manchester as Sir Alex Ferguson’s parting gift; perhaps the trauma of that experience was playing on his mind, but this was different. Zaha seemed as ready as he’d ever be to spread his wings and fly, but he chose to stay loyal. It didn’t take long for him to realise how hefty that price was.

Since the summer when the Arsenal move failed to materialise, Zaha has looked longingly at the exit door, cutting an ever more frustrated figure as time went on. It began to feel inevitable that he would get his move, simply because sagas, particularly those which drag on as long as this, usually end happily from the players’ point of view. At least that is the perception. Palace kept strong, sticking to their £80m valuation of the player, unmoved because of the contract and their own clout. There has long been an argument to say they should cash in and use the money to strengthen across the board; particularly at the point of Zaha’s peak value, though, he was their driving force and has long been the difference between survival and relegation.

🦅 “It would be a difficult decision for him to leave Crystal Palace, though.”

In 2018/19, Palace’s reliance on Zaha hit its peak; it wasn’t surprising that he sensed that was his best chance of a move, having scored 10 and assisted five Premier League goals. Just four goals and three assists the following campaign was a visual representation of his disappointment; ironically, Palace have been able to wean themselves off simply looking for Zaha to inspire them, which is why now may be the ideal time to sell. Despite his best goals return in a season, 11, last term, he wasn’t as consistently effective across the pitch; now there is a sense that his time has been and gone, certainly if he had his eyes set on a move to a top six side in England.

It is his 29th birthday next month; the idea of him developing and improving seems unlikely now. This is his peak and he will only decrease in value, meaning those clubs who may or may not have been willing to pay for him three years ago are much less likely to now. Even that is up for debate, though; tellingly, nobody was willing to spend £80m on him at his best, so perhaps reservations ran deeper than just his age.

There have been plus points to Zaha’s continuation with Palace; he has enjoyed much more freedom than he would at arguably any bigger club and has thrived off that responsibility. But there will always be that question mark over what may have been; although time has not yet run out, he stands as an example of how a player can sign their best years away if they are not careful.

Harry Kane fell into exactly the same trap at Tottenham, and it cost him a move to Manchester City this summer. The transfer market is changing and evolving all the time; financial lopsidedness, made worse by the pandemic, have changed player power a lot. Zaha and Kane are proof of that; loyalty is a long-term thing, you better know what you are signing up for.

Perhaps It is easy to think that big moves just arrive for those who deserve them, but planning and timing are key. And so, when Zaha meets Arsenal again to close out the next Premier League weekend, he’ll do so knowing that, ultimately, he is responsible for the path his career has followed. He seems to have missed his junction.