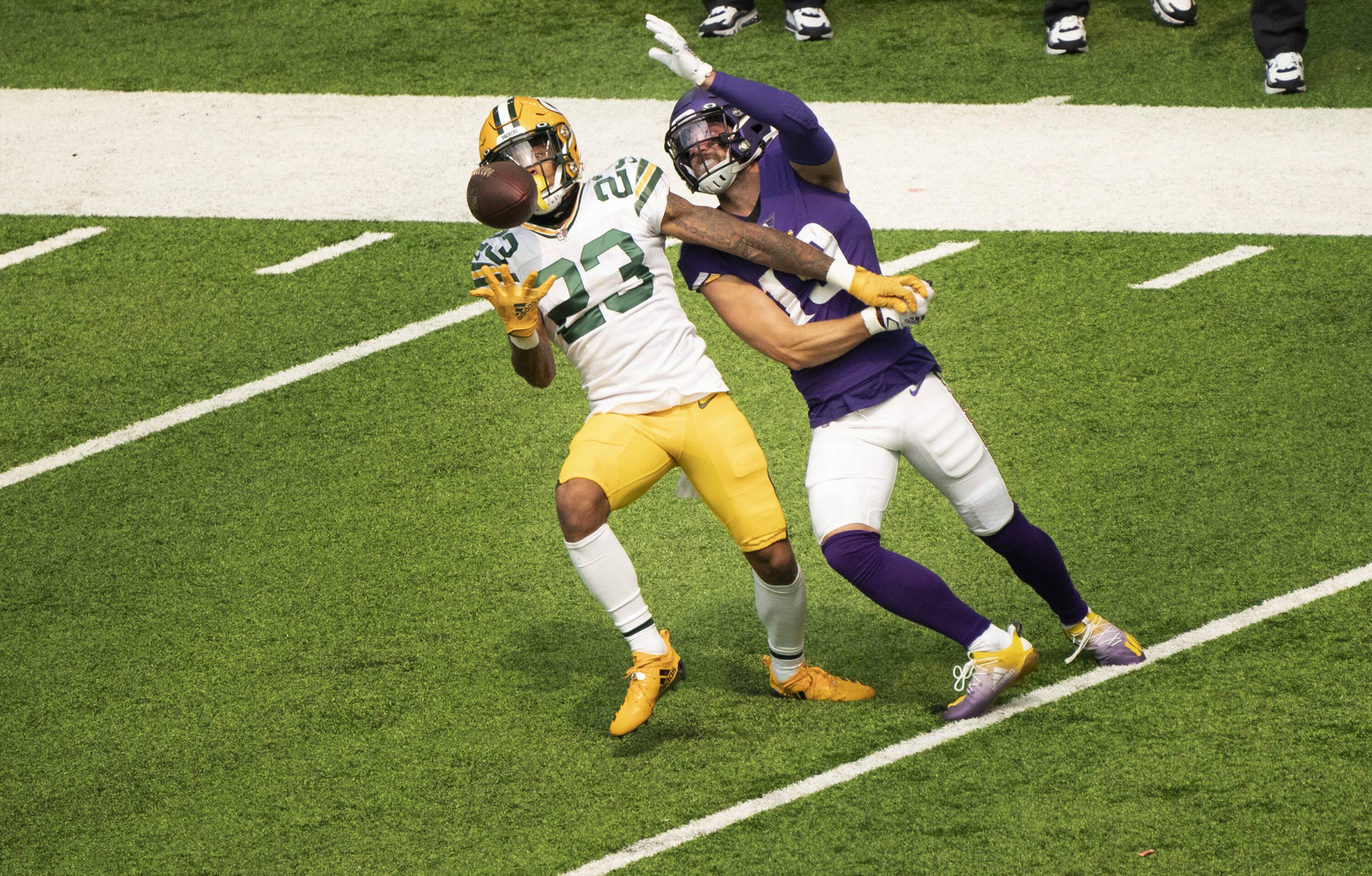 The Green Bay Packers have ruled the NFC North for the past two decades, and they are the favorite to win it again in 2021. Star quarterback Aaron Rodgers tried to leave Green Bay this offseason, but eventually decided to return for a season that could be his last with the team.

While the Packers are the team to beat, the Minnesota Vikings have enough talent to make things interesting The Chicago Bears could be in the mix with improved quarterback play, while the Detroit Lions are roundly projected to finish last.

Here is a look at the NFC North with the regular season set to begin on Sept. 12:

The Packers are looking to bring another NFC North Championship to Titletown 🏆 pic.twitter.com/rM3DglNcoa

Snapshot: There was plenty of drama this offseason as Rodgers pushed for a way out, but a group that made the NFC Championship game a season ago returns mostly intact. Rodgers is coming off an MVP season, and if he can duplicate it, the Packers will again be one of the best teams in the NFL. If he regresses, they should still be in playoff contention, but may not be among the favorites.

Green Bay re-signed running back Aaron Jones this offseason and still has Davante Adams to lead the wideouts. The offensive line lost center Corey Linsley, which could be a pivotal departure. Much of the offensive success will ultimately be dependent on Rodgers remaining an elite quarterback at age-38.

The defense has outside linebacker Z’Darius Smith and cornerback Jaire Alexander back to lead the way after playing pretty well a season ago. Green Bay has some tough games on the schedule, with the Kansas City Chiefs, Baltimore Ravens and the entire NFC West on the docket.

Green Bay has won the NFC North in each of the past two seasons and in six of the last 10. The Packers are projected to do so again, but the Vikings are a talented foe. If Minnesota surpasses Green Bay in the division, it would be a bit of an upset, but it’s not a longshot. Meanwhile, the Bears and Lions both seem far behind in competitiveness, so it’s hard to imagine the Packers falling any further than second place. At +225 odds, it’s a worthwhile wager.

Even though there is an extra regular season game in 2021, the yardage total could be hard to reach. If Rodgers plays in every game he would need to throw for 267.7 yards per contest to surpass the total. If he misses just one, that number goes up to 284.5 per game. Rodgers has averaged 260.1 passing yards per game in his career and is toward the end of his career. If Green Bay is ahead in the majority of games in the fourth quarter, as expected, it’s tough to imagine Rodgers hitting the ‘over’ on this yardage prop.

Snapshot: The Vikings struggled to a 7-9 mark a year ago. However, there were some encouraging underlying metrics that went along with the record, and the team has talent.

Quarterback Kirk Cousins has two of the better wide receivers in the NFL at his disposal in Justin Jefferson and Adam Thielen. Dalvin Cook is a top-tier running back, too, so if Cousins can be an above average signal-caller in 2021, the offense should be formidable.

Certainly missed this in 2020 🥁🥁🙏 pic.twitter.com/VUtK3tsPD6

The Minnesota defense was hit hard by injuries a year ago and struggled. The group is hoping for better health this year and the returning talent will be fortified by some key additions. Cornerback Patrick Peterson, defensive lineman Sheldon Richardson, safety Xavier Woods and defensive tackle Dalvin Tomlinson will help shore up some weaknesses, and some analysts believe the defense could be among the best in the NFL.

Seven teams make the playoffs now, and while the NFC West has some great teams, they may all beat up on each other during the season. Minnesota has to play every team in that division, and the results from those games could be crucial. The Vikings’ schedule isn’t the easiest, but they do have six combined games against the Lions, Bears, Panthers and Bengals. It seems like an NFC North title will be in play, with a wild card berth another legitimate path into the postseason.

Cook has 29 rushing touchdowns in 28 games over the past two seasons. He is one of the true every-down running backs in the NFL and should get a ton of work around the goal-line. Minnesota has an offense that should be able to move the ball, giving him ample opportunities. The 17th game and the current odds make this an appealing wager.

Snapshot: The Bears made the playoffs a year ago, but it was not enough to avoid a change at quarterback. The Mitch Trubisky era ended with a whimper, and now Chicago is pinning its hopes on first-round draft choice Justin Fields. Veteran Andy Dalton will likely begin the season as the starting quarterback, but Fields is expected to take the reins at some point.

The Bears have some pieces on offense, led by Allen Robinson and Darnell Mooney at wide receiver. The defense should be above average once again, with edge-rusher Khalil Mack and safety Eddie Jackson leading the way. But it all comes back to the quarterback. If the Bears don’t have a steady passing game, their ceiling will remain middling.

The Bears have more talent on offense than the Texans, Jets, Lions and Jaguars — the four teams with better odds to score the fewest points in 2021. However, the Bears are also expected to be the most competitive of this quintet, which could limit their ability for cheap points in garbage time.

The defense should keep the team in the game on a weekly basis, and when Fields takes over as the starter, the Bears are likely to play conservatively on offense. If he struggles, points could be at a premium for the Bears this season.

The Bears’ third-year running back is the clear-cut starter after carrying the ball 247 times for 1,070 yards and eight touchdowns a season ago. Tarik Cohen will be back from last year’s torn ACL at some point, and Damien Williams is also on the roster, but both are more likely to fill the scat-back role. Montgomery averaged 4.0 yards per carry a season ago, and if he can duplicate that, he would need to average 59 yards per game over 17 to hit 1,000 yards. Seems doable.

Snapshot: The Lions hit the reset button this offseason, hiring Dan Campbell to take over for Matt Patricia and trading away quarterback Matthew Stafford. Expectations are understandably low, and it would be a surprise to see Detroit finish anywhere but last in 2021.

Jared Goff was acquired in the Stafford trade, and Detroit’s ability to remain mildly competitive will rest on his right arm. Goff had a breakout season with the Rams in 2018 but regressed the past two years. The offense needs a thin receiving corps to step up, but the tackle duo of Taylor Decker and rookie first-round pick Penei Sewell should help keep Goff protected.

The defense has some veteran pieces like inside linebacker Jamie Collins, defensive end Michael Brockers and outside linebacker Trey Flowers, along with talented second-year cornerback Jeff Okudah, but expectations for the group are low.

The worst teams in the NFL often have untenable quarterback situations. While the shine has come off Goff in recent years, he is still a two-time Pro Bowler who is only 26 years old. The Lions were not good last year, but Stafford helped them secure five wins. If Goff can play similarly, Detroit should be able to surpass this low total.

Detroit has one of the least-inspiring collections of talent at wideout, which could make Goff look to his star tight end early and often in 2021. Hockenson had 67 catches for 723 yards a season ago on 101 targets, and should be even more involved this year. The former No. 8 overall pick is 24 years old and entering his third season, which is a good recipe for a breakout campaign. Hockenson and Goff have already been praised for their chemistry in training camp, which should carry over to the season.

All odds sourced from DraftKings and up to date as of Aug. 16.