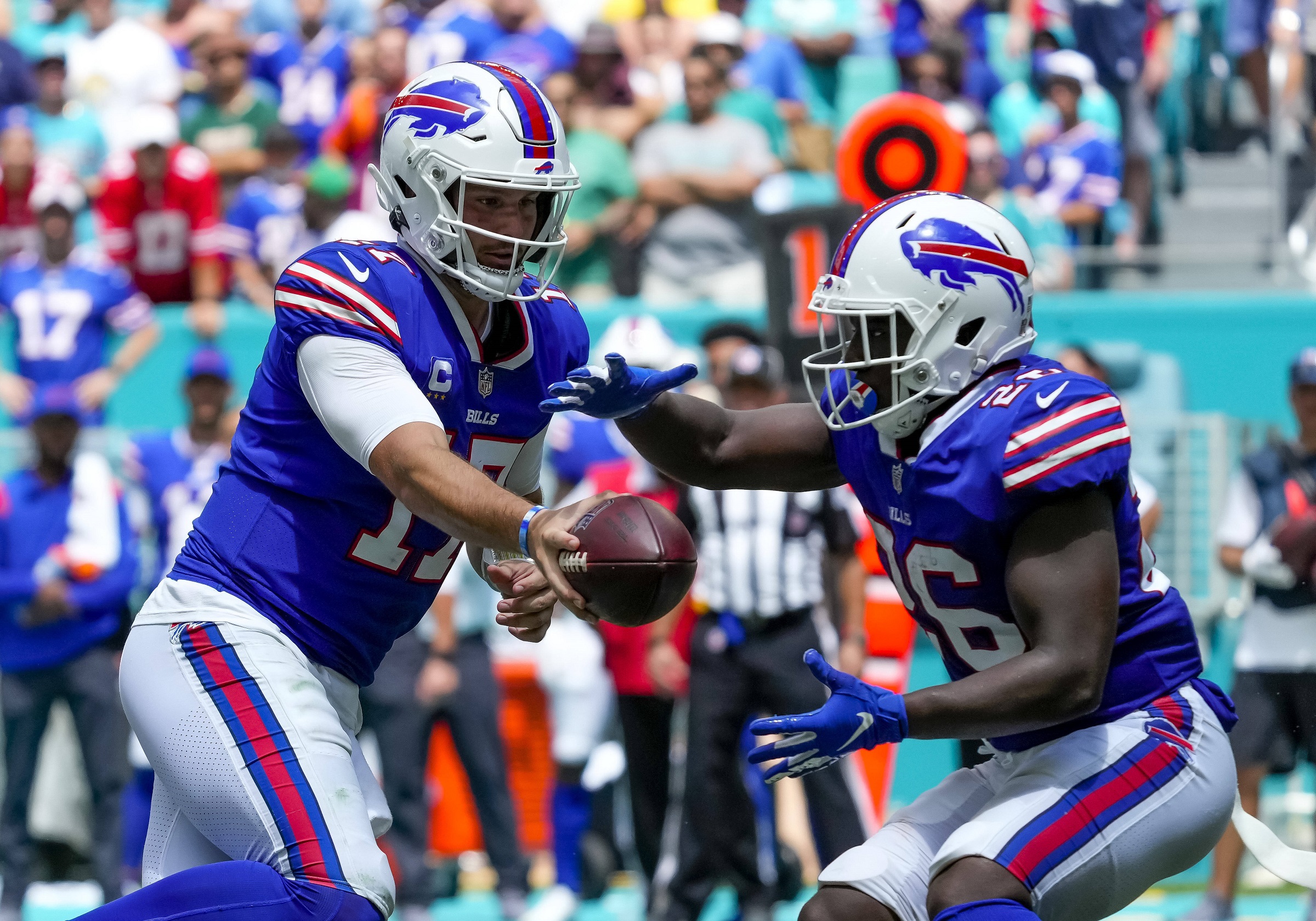 There are two big-time games this week. The Bills travel to face the Buccaneers, while the Rams head to Arizona for an NFC West clash with the Cardinals.

I like the underdogs to cover in both games, and Buffalo to pull off the upset. Those are far from the only intriguing matchups on the schedule.

Below is a prediction for every game on the weekend slate. Odds courtesy of DraftKings on Dec. 10.

The reason: The Chiefs’ defense was awful to start the year and has been excellent since. The truth is somewhere in between, and it seems likely that a pair of teams with talented quarterbacks are more apt to engage in a high-scoring affair than a slugfest. The under has been the better play with Kansas City of late but I’m forecasting a shootout in this one.

The reason: The line keeps creeping up, and deservedly so. Washington has won four consecutive games and would be in the playoffs if the season ended today, but let’s be honest about this team. WFT has a point-differential of negative-51 and is not in the Cowboys’ class, even at home. Dallas should win comfortably.

Why does Mike McCarthy need to publicly guarantee victory over a team? YOU NOT PLAYING ONE SINGLE SNAP!🗣 Now you giving WFT and all the fans ammunition. Coach a good game first, call some good plays my boy that’s all you worry about 🤷🏾‍♂️😂

The reason: Jackson has carried the ball at least seven times in every game this season, and is averaging 11.9 rushing attempts per contest. It is an integral part of Baltimore’s game plan each week, and with the injuries at cornerback, the Ravens will likely want to be a ball-control offense down the stretch. Jackson should surpass this total.

The reason: Tennessee might get Julio Jones back for this game, but Derrick Henry and A.J. Brown are still on the shelf. The Titans are still in prime position to win the division but they are not a true contender unless fully healthy. Jacksonville is a bad team but the Titans are short-handed enough that this should be a margin of a touchdown or less.

The reason: The Texans are starting rookie quarterback Davis Mills in this game, which should make the Seattle defense perk up. The Seahawks are more talented than their 4-8 record would suggest, and should be able to control this game from start to finish. Seattle is the pick to win by double digits.

The reason: The Saints have Taysom Hill at quarterback and a distinct lack of playmakers at wide receiver. That means Kamara should be heavily involved in both the running and passing game. The Jets have a porous defense and the explosive running back should be able to take advantage by racking up the receiving yards.

Saints RB Alvin Kamara is off the injury report and good to go for Week 14 against the Jets.

The reason: Carolina’s season has fallen apart in rapid fashion, and it is only a slight favorite against Atlanta without star running back Christian McCaffrey. The Panthers made an offensive coordinator change during the bye week, but it’s the other side of the ball that matters. Carolina’s defense should play well enough to help the team cover the spread.

The reason: The Giants are a below average team when healthy, and among the worst in the NFL when the quarterback situation is in flux. That’s the case this week, as either Mike Glennon or Jake Fromm will start in place of Daniel Jones. Neither inspires much confidence. The Chargers won’t have star receiver Keenan Allen because of COVID, but should still have plenty of firepower to roll.

The reason: Bridgewater has thrown one touchdown or fewer in the past five games, and look for that to continue here. Even though the Lions are the opponent, it’s unlikely there is an onslaught of scoring based on Denver’s style of play. Rookie running back Javonte Williams looks special, and if he scores on the ground, it seems doubtful Bridgewater can get two through the air.

The reason: Buffalo’s had a maddening season. One week they look like Super Bowl contenders and the next they lose to an also-ran. The Bills will continue that trend on Sunday, but in a good way. Look for Buffalo to do a solid job against Tampa Bay’s passing game, which will give quarterback Josh Allen the latitude to make some plays to spring the road upset.

The reason: Cincinnati running back Joe Mixon has been impressive this year, and is good to go this week despite missing some practice with an illness. The 49ers are No. 3 against the run but the Bengals are still likely to be balanced. San Francisco runs the ball a lot as well, and if this game remains close, it does not seem like Burrow will get a bunch of passing attempts, making this a tough yardage total to surpass.

The reason: Green Bay has a great offense, but the Bears should play well enough on defense to avoid getting completely dominated early on. The Packers are likely to be in complete control late, which could lead to plenty of running in the final quarter. This total would allow for three touchdowns and a pair of field goals, and it’s hard to envision Green Bay scorimg more than that.

The reason: The best way to knock the Cardinals off their game is consistent pressure on Kyler Murray. Defensive tackle Aaron Donald had a rare off performance in the first matchup but should bounce back in this one. The Rams also have Von Miller now, and if he can wreak havoc alongside Donald, Los Angeles should be able to cover and possibly steal a win.