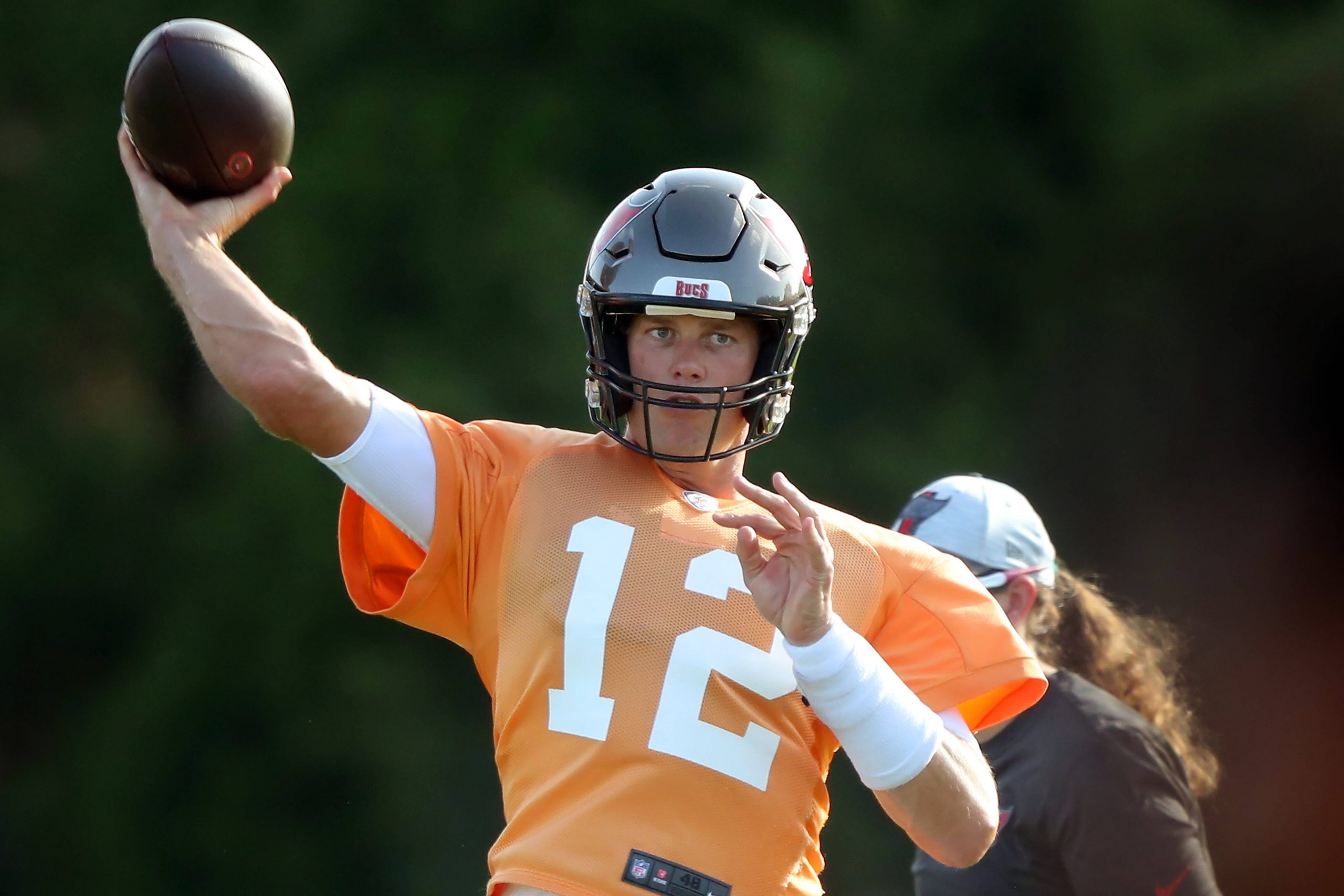 Premier matchups abound in Week 4 of the NFL slate. Tom Brady and Rob Gronkowski visit New England, while Rams-Cardinals, 49ers-Seahawks and Ravens-Broncos showdowns should tell us more about those teams.

Here is my favorite bet for each game this week. Odds courtesy of DraftKings on Oct. 1.

The reason: The Chiefs will almost assuredly defer if they win the coin toss. The Eagles have similarly deferred this season, but the Cowboys marched down the field for an opening-score touchdown last week. Kansas City has the best offense in the NFL, so maybe Philadelphia puts its own offense out there first. Between the first-possession possibility and a tie score covering, the Eagles are the play.

The reason: It’s been a brutal start for the No. 2 overall pick. Wilson has thrown seven interceptions in three games and has been sacked 15 times. This game gives him the opportunity for mild success, however, as the Titans are not good against the pass. The Jets should trail again in this one — but maybe not by too much because A.J. Brown and Julio Jones won’t play — which will give Wilson enough volume to surpass this yardage total.

The reason: This is an underdog bet, but it’s a worthy one. The Texans are No. 7 in pass defense through three games, according to Football Outsiders, and safety Justin Reid is expected to play. Allen has only thrown one interception this season, but the Bills are an extremely pass-heavy team and Allen will take chances with his throws. The Bills are huge favorites, so a pick will need to come early before Buffalo becomes content to run the ball.

The reason: The Carolina defense has been fantastic to start the season, but faces its toughest test of the year against Dak Prescott and the Cowboys. Dallas is too good not to score some touchdowns, but Carolina’s defense will make enough plays to slow down the Cowboys. On the flip-side, Dallas’ defense looks better this year and Carolina won’t have star running back Christian McCaffrey to lean on offensively.

The reason: The Saints have a pair of impressive wins over the Packers and Patriots this season, but Jameis Winston has yet to prove he can win a game when the defense doesn’t dominate. If the Giants can put up some points and avoid back-breaking turnovers, they should be able to hang around.

The reason: The Browns have the best rushing attack in the NFL through three weeks and it’s not close. Hunt is coming off a 10-carry, 81-yard game against the Bears, which should encourage the coaching staff to give him carries alongside Nick Chubb. The Vikings’ defense is allowing 4.8 yards per carry on the season, and this game should be competitive enough that the game script isn’t thrown off.

The reason: The Bears are getting rightfully excoriated for the dreadful performance they had in Cleveland. However, if veteran quarterback Andy Dalton can return to the starting lineup, the offense should have some success against a poor Lions defense. The recency bias is too high in this one. Chicago should cover.

The reason: The Colts are off to an 0-3 start and guard Quenton Nelson is unlikely to play in this game. While it’s been a rocky start, at least Indianapolis should have its starting quarterback. Jacoby Brissett has not impressed at all in place of the injured Tua Tagovailoa for Miami, which means a home loss could be coming.

The reason: The once-prolific Atlanta offense is a shell of its former self. Ryan is averaging only 6.0 yards per attempt, and at 36, seems to be in the twilight of an excellent career. Washington’s defense was diced up by Josh Allen last week but this is a better matchup.

The reason: This game features two quarterbacks — Matthew Stafford and Kyler Murray — in the early-season running for MVP. The pass protection for both sides has been fantastic, and the wide receiver groups are talented. The Rams’ secondary has taken a slight step back this year after losing John Johnson and Troy Hill in free agency, while the Cardinals’ cornerbacks have looked good this season but are still a bit untested. Expect a lot of points.

Rams WR Cooper Kupp has been named the NFC Offensive Player of the Month. In a 3-0 start, Kupp had a league-high 367 receiving yards and five receiving touchdowns.

This is the first time Kupp has won the honor and he’s the first-ever player from Eastern Washington to do so.

The reason: Even though the Seahawks are off to a 1-2 start, their offense is clicking. The 49ers are unlikely to run away with this one based on the inconsistency of their passing game. These teams have very similar overall talent, and the game could come down to the wire. Seattle is the better pick.

The reason: Harris is averaging only 3.1 yards per carry this season, which is among the worst in the NFL. However, much has been made of quarterback Ben Roethlisberger’s struggles to open the season, and Pittsburgh seems likely to lean on Harris in this game. His efficiency must improve, but the volume should be there.

The reason: Baltimore has gone from a slight underdog to a slight favorite in this one. The Broncos have looked good early on but this is a tough matchup. Denver has been below average against the run this season and that’s where the Ravens excel. Baltimore should win a close one.

The reason: Everyone will be waiting for Tom Brady to light up the Patriots in this showdown, and he’s off to a torrid start to the season. However, Bill Belichick is famous for game-planning, and will be more than ready with wrinkles. New England is only allowing 5.3 net yards per pass attempt this season and it seems likely the Patriots put all their focus into stopping the pass. Additionally, with the way the New England offense is playing, Tampa Bay may not be throwing much late if it leads comfortably.

Since joining the Buccaneers in 2020, Tom Brady has attempted the most deep passes in the NFL with 102.

The reason: The Raiders aren’t as good as their 3-0 record may suggest, but they have been solid on both sides of the ball this season. Even though Justin Herbert looks like a burgeoning star quarterback for Los Angeles, these teams are evenly-matched, and the outcome should be close. Take the points.