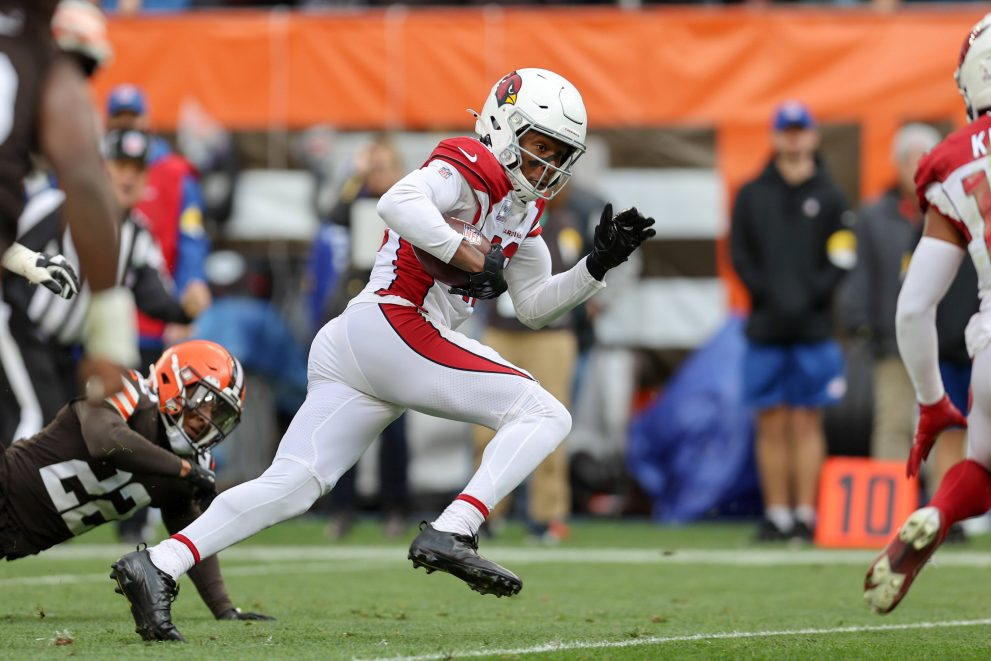 The bye weeks are hitting and there aren’t a bunch of marquee games on the Week 7 slate, but there is still plenty to wager on. The Cardinals, Rams and Buccaneers are all massive favorites, which can often be tricky, so I’m avoiding the spread on those.

Here is my favorite bet for each game this week. Odds courtesy of DraftKings on Oct. 22.

The reason: The Washington defense has struggled all season long, and Packers quarterback Aaron Rodgers should be able to take advantage. The lack of offense for Washington last week against the Chiefs was concerning, but the team has shown the ability to score points and could be aggressive late.

The reason: Chase has been phenomenal through six games, with 27 catches for 553 yards and five touchdowns. He is No. 2 in the NFL in yards per catch (20.5) and No. 5 in yards per target (13.5). However, those numbers seem a bit unsustainable, and Baltimore will likely be intent on slowing him down on Sunday.

.@Bengals @JoeyB to @Real10jayy__ is the best deep ball connection in the #NFL Will it continue @ravens in the Charmed City this weekend? #Whodey #BaldysBreakdowns pic.twitter.com/oZnvT6mtBk

The pick: Patriots running back Damien Harris (-115) under 67.5 rushing yards

The reason: It’s really hard to know what kind of game plan New England will institute in a given week. Harris is coming off a nice game, but would probably need 15 or more carries in this one to have a good chance at surpassing the total. There are too many variables at play to have faith in the over.

The reason: Henry has rushed for an average of 145 yards per game over his past five, and the Chiefs come in with a woeful run defense. However, the volume might not be there in this one. The Titans are underdogs, which means they will have to throw late if they are trailing. Additionally, the game plan against Patrick Mahomes this year has been to play two safeties back and force short throws. That takes up time and will limit Tennessee’s offensive touches.

The reason: The Giants won’t have running back Saquon Barkely or wide receivers Kadarius Toney and Kenny Golladay due to injury. Tight end Evan Engram, wide receiver Darius Slayton, wide receiver Sterling Shepard and wide receiver John Ross are all questionable. Carolina’s defense is already pretty good, and should feast in this one to help the Panthers cover.

The reason: The Dolphins suffered a bad loss last time out to the Jaguars and cornerbacks Xavien Howard and Byron Jones are both questionable, but this line seems off. Quarterback Tua Tagovailoa is back in the lineup and should be able to lead his team to victory at home.

The reason: Even when he’s playing well, Stafford has a tendency to throw interceptions because he takes so many shots downfield. In a matchup against his former team, there could be a subconscious pull to make plays, which could end up in a mistake. All it takes is one for this underdog bet to cash.

The reason: These teams are very close statistically across the board. The Eagles wouldn’t cover if they lost by a field goal, so it’s smarter to take the more favorable odds on an upset.

The reason: I’m as statistics-focused as they come, but sometimes the human element has to be considered. Hopkins is facing his former team in a game the Cardinals are projected to win comfortably. He may score early, and if not, the Cardinals could intentionally call Hopkins’ number near the end zone when the game is in hand. It seems quite likely Hopkins finds paydirt in this game.

The reason: Tampa Bay has such a dominant passing game that even a solid defense like the one Chicago employs will not be able to slow it down. Brady leads the NFL in completions, attempts and passing yards and should put together another strong performance.

The reason: Wentz has been really good the past two games, averaging more than 11 yards per attempt against both the Ravens and Texans. The 49ers have a stout defense and that is reflected in the yardage total, but Wentz should be efficient enough to top it.

The reason: The Saints have the third-best defense in the NFL, per Football Outsiders, and now have some tape on Geno Smith and the Seahawks. Seattle is going to struggle badly to move the ball, and will need some help via turnovers to put up points in this one.