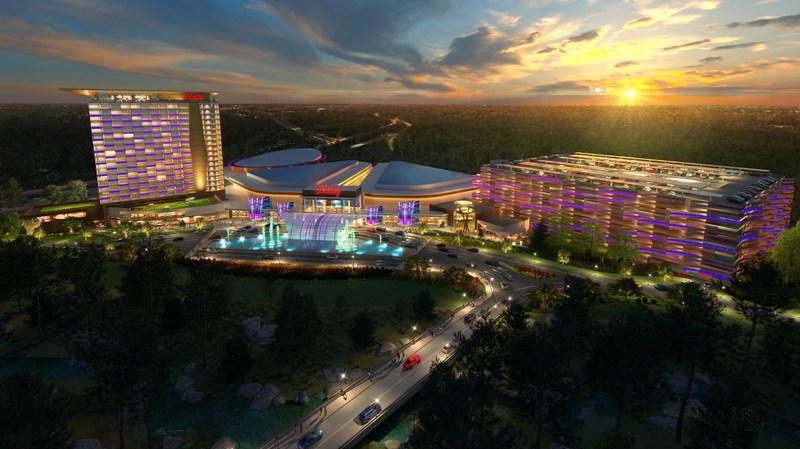 Bally’s corporation is one of several companies to have put forward to a proposal to construct a new casino in Virginia.

Bally’s $650m proposal would see the construction of a 1.6m square foot casino resort with 2,500 slot machines, 90 tables games, 30 poker tables and a high-limit section. The venue would also feature a 250-room hotel, 13 food and beverage venues, retail stores and a space for conferences and live entertainment.

The resort would be built on a 61-acre site on the western border of Richmond, north of Powhite Parkway and east of Chippenham Parkway.

According to the proposal, construction of the venue would take around 18 months to complete and Bally’s hopes to open the venue in 2024. The casino operator claims that the resort could welcome up to 3.7m visitors each year and create 1,700 full-time jobs in the city.

George Papanier, President and Chief Executive Officer of Bally’s Corporation said: “We are honored about the prospect of partnering with the City of Richmond as it embarks upon this exciting and unique adventure.

“Our proposal represents an unprecedented project for the Richmond community that will embrace and showcase the city’s existing culture and traditions in an environment positioned towards entertainment and leisure. The Bally’s Richmond would provide the city with a vibrant new attraction that is sure to turn Richmond into a dynamic tourist destination.”

The project would also see the Lanier Familytake a minority ownership interest in Bally’s Richmond. Construction and development service would be provided by Lanier United, a real estate development and construction firm owned by Willie Lanier Jr.

NFL Hall of Gamer Darrell Green is also set to acquire a minority stake in the casino along with Warren Thompson and his food and facilities management business, Thompson Hospitality Corporation.

The casino operator also said it would implement several initiatives that would benefit the community in Richmond. This would include a program to incentivise players and guests to redeem rewards at local retailers.

Bally’s was one of three other companies to put forward a proposal for a new casino in Richmond.

The three proposals were put forward from Cordish Companies; a partnership between Colonial Downs and media company Urban One; and the Pamunkey Indian Tribe.

The City of Richmond is set to make a decision on the casino proposals in June.

In March 2019 Virginia Governor Ralph Northam signed a bill into law that would permit casinos to open in five cities which include Richmond, Bristol, Danville, Norfolk and Portsmouth.