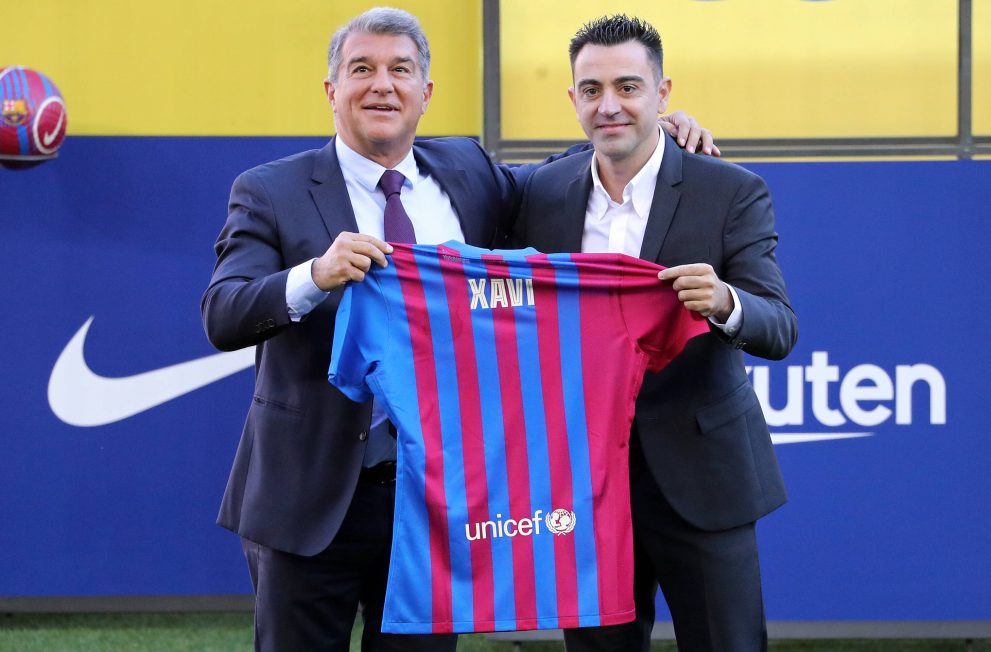 All eyes will be on Berlin in the Bundesliga this weekend as Union host their more illustrious city rivals Hertha who sit in thirteenth place – five places and four points below the visitors in the standings.

Hertha took four points off Union last season but still finished below a Union side competing in just their second Bundesliga season.

Union have managed just one derby win from four games, however, with Hertha winning two and drawing the other. Nonetheless, draws are in fact the main reason Union are ahead of Hertha as five of their games have ended in stalemates this season, while Hertha have lost six with both sides winning just four times so far.

🗣 Fischer: When you look at the last three or four games, Hertha are very compact and have good organisation. They are dangerous after winning it back, quick in transitions. It could be a game of small margins. #FCUBSC | #fcunion pic.twitter.com/SUoGOoyusB

As such, neither side is in great form. But while Urs Fischer’s Union have gone six games without a win, Pal Dardai’s visitors have three wins in five and yet find themselves as 14/5 outsiders to win the derby.

The odds reflect Union’s decent home form, with only Bayern Munich winning at the Stadion An der Alten Forsterei, and if you take out the five goals they conceded in that game they’ve only let in two in five home matches. Hertha, however, have scored six in six away from home.

This game just screams under 2.5 goals at 8/11. If there is to be a goal, Hertha’s Marco Richter looks the man to do it after bagging in his side’s last three victories, twice getting the first goal. He’s a generous 12/1 to score first again.

The Catalonia derby may not be the biggest domestic challenge Xavi could have for his first game in charge of Barcelona, but you get the feeling they’ll all be big games for him as he tries to steer his club back in the right direction.

Xavi can’t have been sat in ninth place in the table many times during his playing days at Barca, but that’s exactly where this lurching giant of a club find itself. Just how he plans to eke out best football from an under-strength squad without the promise of significant investment will be fascinating to watch.

Barca are slight odds-on at around 10/11 to finish the season outside the top four and no Champions League football next season would be a disaster. The pressure will, therefore, be heaped on Xavi right from the start, but they are well fancied to win this derby as 4/11 favourites.

😏 Xavi knows what it's like to score in #BarçaEspanyol matches!

👏 Decade and a half of derbies 👇

Espanyol got promoted last season so the Derbi Barceloni is back on but it’s hardly been a successful game for them as they’ve not won in the last 22 meetings. Barca have also bashed out 11 straight home league wins in this fixture.

Espanyol also haven’t scored at the Nou Camp on their last four visits, but in Raul de Tomas they have hope with the Spaniard scoring in his last five La Liga games. He is 21/10 to become just the second player this century to score in six straight for the club.

It is hard not to think Xavi will have a winning debut but his mere presence alone may not be enough to tighten up that leaky Barca defence so a home win and both teams to score at 15/8 seems a sensible bet.

Espanyol got promoted last season so the Derbi Barceloni is back on but it’s hardly been a successful game for them as they’ve not won in the last 22 meetings. Barca have also bashed out 11 straight home league wins in this fixture.

Espanyol also haven’t scored at the Nou Camp on their last four visits, but in Raul de Tomas they have hope with the Spaniard scoring in his last five La Liga games. He is 21/10 to become just the second player this century to score in six straight for the club.

It is hard not to think Xavi will have a winning debut but his mere presence alone may not be enough to tighten up that leaky Barca defence so a home win and both teams to score at 15/8 seems a sensible bet.

Serie A champions Inter battled to a derby draw with AC Milan before the international break, and they return with another huge game against current unbeaten leaders Napoli who sit seven points ahead of the Nerazzurri.

A win is badly needed then to get Inter back to within striking distance of the title, but it won’t be easy. Luciano Spalletti’s side have won 10 out of 12 and have conceded just one goal in their last five league games.

Inter, though, have had the better of the argument recently with three wins out of four (D1) overall. They’ve also beaten Napoli in the last three league meetings in Milan without conceding a single goal. In fact, Inter last suffered a home league defeat over a year ago (W19 D3).

It’s Napoli’s biggest test of the season so far. They played Juventus earlier in the season but the Old Lady had a particularly slow start to the campaign, and ending Inter’s long unbeaten home league record would really send out a message that their title challenge is the real deal.

A draw would do the visitors and 5/2 on a stalemate is a solid bet here while under 2.5 goals at 8/11 should also be on the radar as eight of the last 10 meetings have gone under the magic scoring mark.

The 5/2 on offer for a red card is also a decent shout given that Napoli have seen four of them in their last three games.

PSG have a 10-point lead at the top of Ligue 1 but behind them, there’s one hell of a scrap with just six points covering the next 10 places in the table – including Marseille and Lyon who are slap bang in the middle of it all.

Fourth-placed Marseille have only lost twice, and battled out a scrappy 0-0 with PSG as one of five draws. What’s more, three of those stalemates came in their last five outings as a promising start has begun to experience a slight stutter.

Lyon are seventh and will want a response to their 4-1 hammering by Rennes in their last game before the international break. They haven’t lost to Marseille at home for 14 years so will fancy their chances of getting one back in the win column and are just odds-on to do so.

Goals could be at a premium in this battle of the two ‘Olympiques’ with Marseille’s last seven away games all having less then 2.5 goals in. Backing under 2.5 again here is priced at 8/15 as a result.

There’s a lot of pride at stake in the game called the ‘Olympico’ between the second and third biggest cities in France. Nonetheless, Marseille need to up their game in these big matches as they’ve won just one of the last 13 they’ve played in.

Dimitri Payet may be the answer to that and he’s usually heavily involved in these games having scored three goals, been booked and sent off in his last three games against Lyon.

Payet is 11/5 to score while Lyon’s Karl Toko Ekambi is 13/10 after netting six goals in his last five home games. These are the players to watch in what should be an eventful encounter.