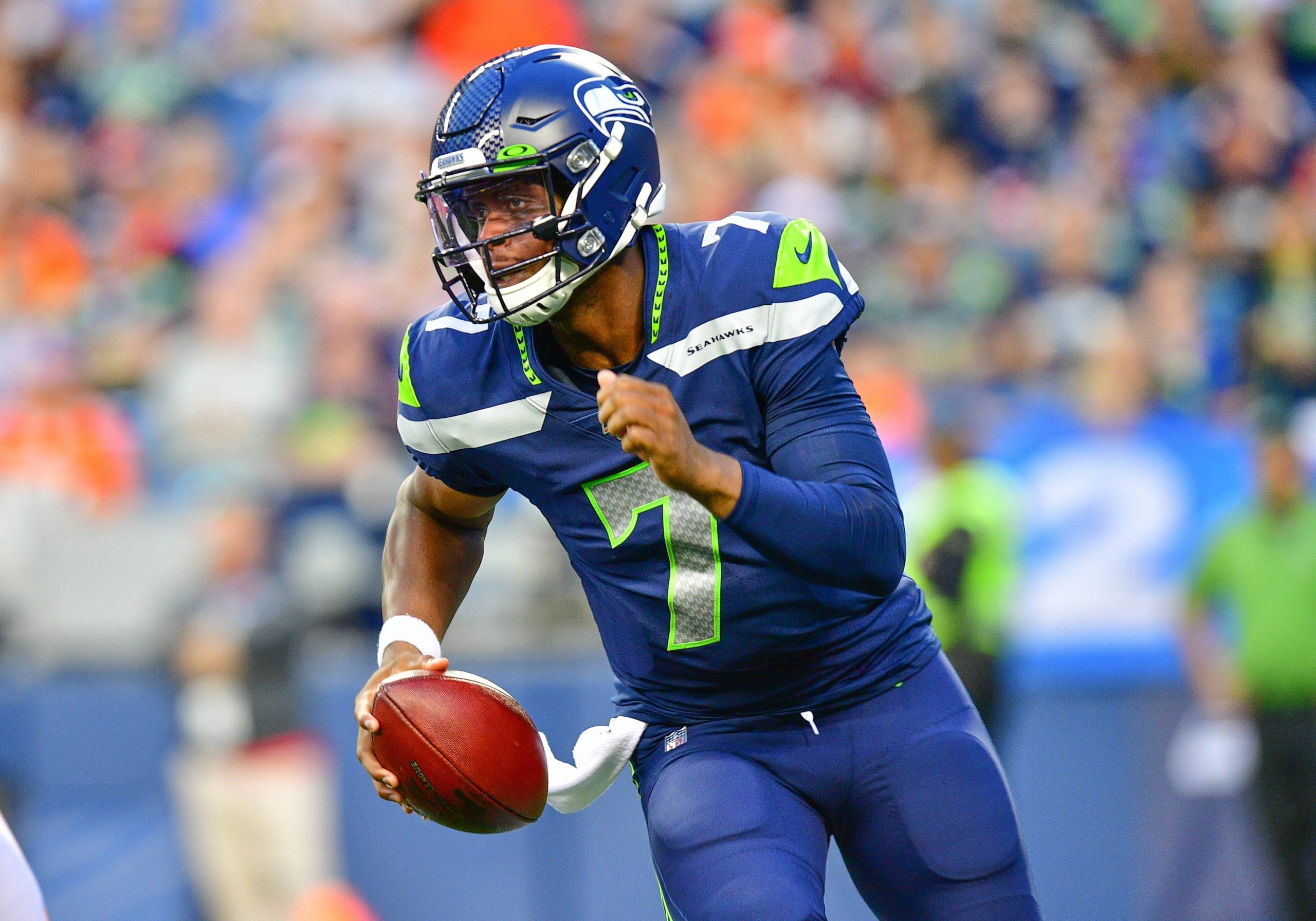 Shaun King is excited about the wave of black quarterbacks taking over the NFL.

Two of the three most recent MVPs — Patrick Mahomes and Lamar Jackson — are black quarterbacks, doubling the total from the previous 60 years.

Russell Wilson, Dak Prescott and Kyler Murray are also among the game’s biggest stars, while more first-round picks are joining the league each year.

While King is encouraged about the presence of the superstars, he wonders why it hasn’t trickled down to second-string roles with teams. He points to white backup quarterbacks like Chase Daniel, Colt McCoy and Blaine Gabbert who have put together long careers despite minimal production on the field.

Geno Smith fits the bill as a longtime black backup quarterback and Jacoby Brissett could be settling into a similar role, but the number of white backups is much longer. Mike Glennon, Brian Hoyer, Case Keenum and Chad Henne similarly qualify.

“That’s where the evolution has to happen,” said King, who now hosts The Nightcap radio show on VSiN. “To me, where there still needs to be an adjustment is longevity. You don’t see a lot of black Blaine Gabberts. I’m not isolating these guys, but you don’t see career backups that are black. Most of the black quarterbacks are either currently starters or they have been starters for the majority of their career. I think that’s the next evolution in that whole dynamic. Is it better? Absolutely it’s better. The game has come a long way, to the point where if you’re the starter, I don’t even think people look at color. But I still think there are still some ingrained aspects when it comes to the management side, being willing to pay a minority $5, $6, $7 million per year to be a backup.”

#ICYMI @1TimMurray and @realshaunking talk to @NoisyHuevos on the season expectations for Patriots running back Damien Harras with Mac Jones as the Quarterback. Catch his full analysis only on #TheNightCap pic.twitter.com/hDouN23nea

Oftentimes when coaches or general managers praise backup quarterbacks, they focus on off-field factors like tutelage and team chemistry.

“I don’t think the average exec in the NFL views a minority quarterback as a nurturer,” King said. “I think they view the minority quarterback as an asset. We have to continue to address that, and be vocal about it, and bring it to people’s attention, because I don’t think it’s necessarily malicious. I just think it’s an ingrained thought process.

“A lot of white quarterbacks are viewed as, OK, he’s good for the room. He has a high football IQ. I don’t see enough of the young black men in that league that are getting the opportunity to be that. I know P.J. Walker is a backup in Carolina. I know Dwayne Haskins is on the roster in Pittsburgh. I know Feleipe Franks is on the roster in Atlanta. I’m not talking about those young guys, under five or six years in the league, that people are still hoping can come in and play. I’m talking about the 10-, 11-year guy that’s never really been a starter anywhere that keeps finding employment. Soon as he gets cut, he has a job the next day.”

#ICYMI @1TimMurray and @realshaunking discuss the offensive rookie of the year, as they talk about this candidate who has a similar profile to Alvin Kamara, the winner of the award back in 2017. Catch the rest only on #TheNightCap pic.twitter.com/bFWy2Mkx9m

King said he’s been impressed by certain organizations that have shown the propensity to use black quarterbacks as backups.

“Seattle being one because they had Tarvaris Jackson, Geno Smith,” King said. “The Baltimore Ravens have been really good about keeping a minority backup. There are a couple organizations that do a really good job of that, but overall, not a lot. It will be interesting with Cam Newton.”

King was drafted in 1999, alongside a class of black quarterbacks that also included Donovan McNabb, Daunte Culpepper and Aaron Brooks. He’s surprised that some of the current white backups have ended up with more NFL staying power than his more-accomplished brethren.

“You just think now when you look around the league at your Chase Daniels, your Colt McCoys, your Blaine Gabberts — there are guys that have been in the league longer than the black quarterbacks in that draft that aren’t nearly as accomplished or successful,” King said.