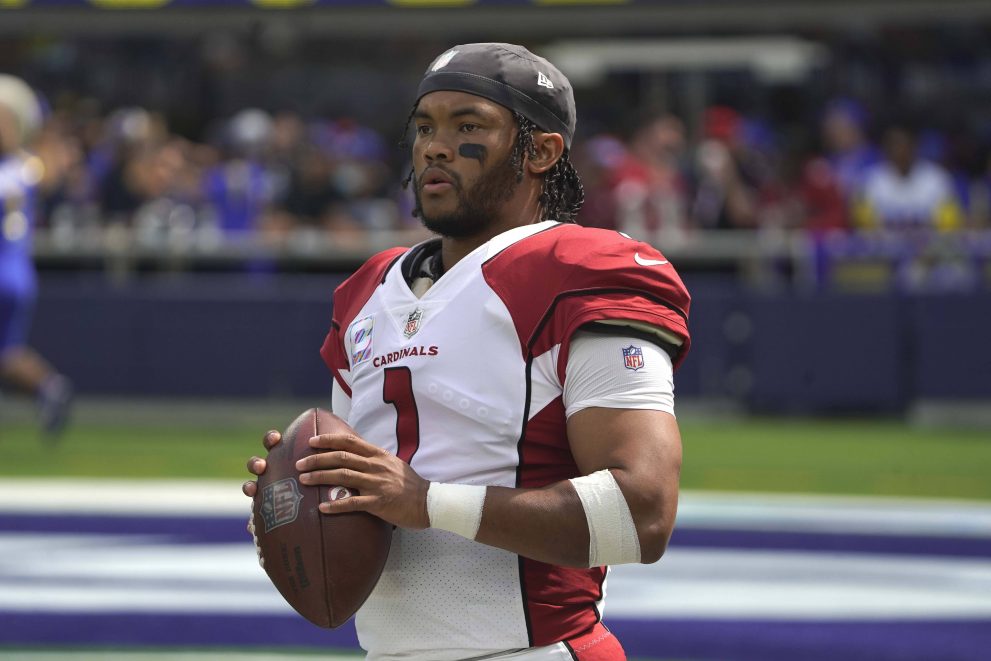 The Cardinals played really well without Kyler Murray against the 49ers, but came crashing back down to earth on Sunday against the Panthers.

Backup Colt McCoy finished the game with the worst ESPN Total QBR rating among all starting quarterbacks in Week 10 as Carolina rolled to a 34-10 win.

Murray, who sprained his ankle late in the Oct. 28 loss to the Packers, has practiced the past two days, and his availability for Sunday’s showdown against the Seahawks will be watched closely.

According to a source, Murray has made “tremendous progress” of late, but a firm decision on his status has yet to be made.

The source said Murray still has a little discomfort in the ankle. The third-year quarterback would likely be fine within the pocket on Sunday, but much of his game is predicated on moving around, and Murray has to trust the ankle in such situations.

Kyler Murray back at practice, testing out his ankle today for the #AZCardinals – 3rd practice in a row he’s participated in, previous 2 have been in a limited role. pic.twitter.com/EJZw3rb54e

The Cardinals are 8-2 on the season, tied with the Green Bay Packers and Tennessee Titans for the best record in the NFL.

The Seahawks game is a pivotal NFC West clash, but Arizona also has its bye week immediately succeeding it, which could be part of the calculus. The Cardinals’ next game after the bye is on Dec. 5 in Chicago, which would give Murray more than a month to heal up.

It is a delicate balancing act deciding whether to take the field on Sunday or wait a little longer to be fully healthy for the stretch run.

The Cardinals have one of the best defenses in the NFL, but Sunday’s loss was a good reminder how dependent teams can be on their quarterback.

Murray leads the NFL in yards per attempt at 8.9, is fourth in ESPN’s Total QBR and second in Pro Football Focus’ passing grades. He is among the league’s top MVP candidates despite missing the past two games with the injury.

The Cardinals would love to have Murray back in Seattle, but three days before the game, that decision is still up in the air.