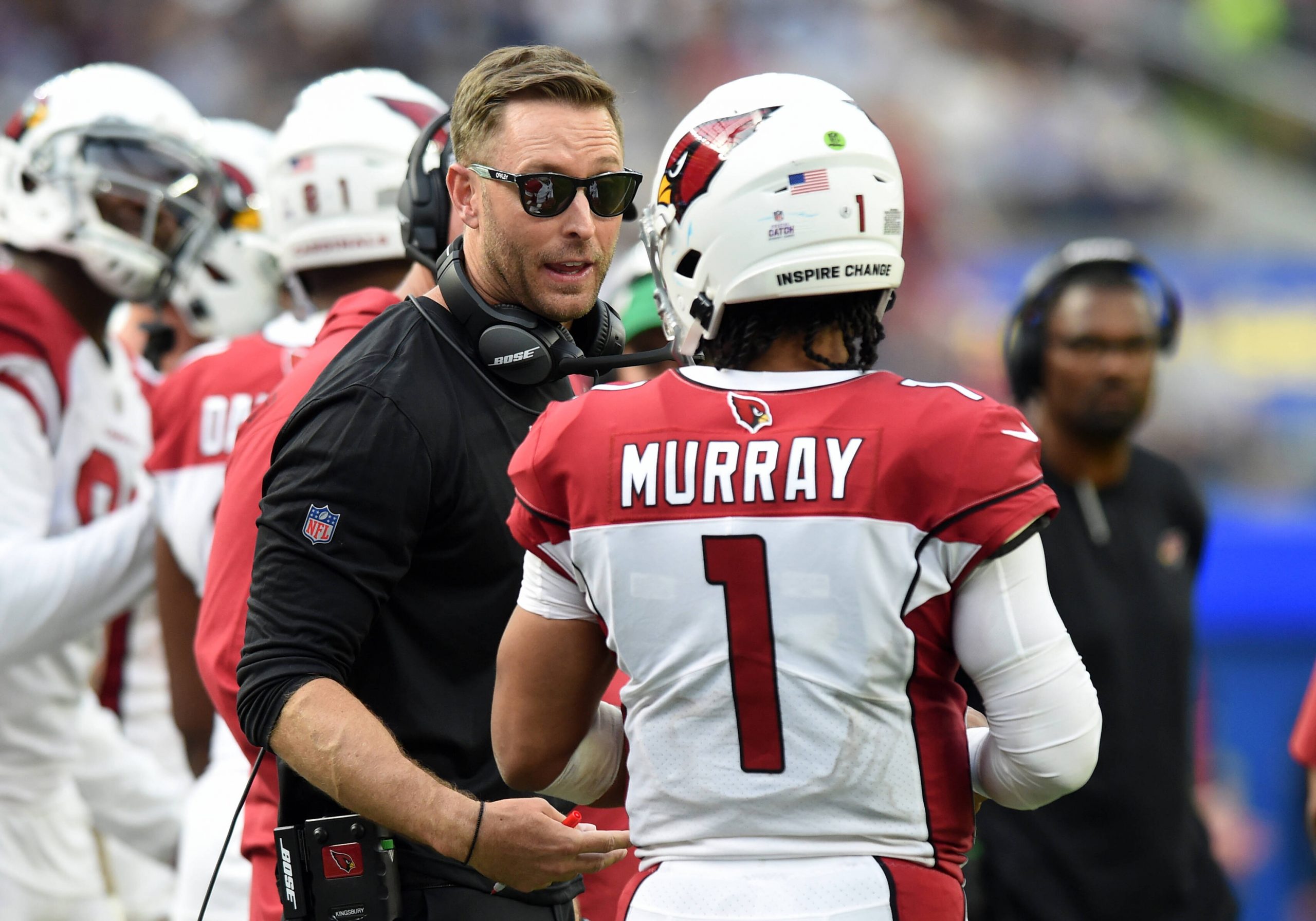 The Arizona Cardinals are the only undefeated team remaining in the NFC, but that alone doesn’t put them in the upper echelon of the conference hierarchy.

It’s all the underlying numbers that do.

The Cardinals made a tremendous statement on Sunday afternoon, going on the road and walloping a Rams team many thought was the best in football.

The Cardinals used a mercilessly productive offense and an opportunistic defense to cruise to a 37-20 win. They are now 4-0 on the season with a point-differential of plus-55, which is best in the NFC.

Three of those victories have come on the road, all by double digits. In the NFL, style points matter, because blowout wins prove that a team is demonstrably better than its opponent. The Cardinals have done it twice against 2020 playoff teams, crushing the Titans in the opener and then running away from the Rams.

Last Sunday the Rams looked like the best team in football but in the first half today Arizona is outplaying them. Kyler Murray has been fantastic and the D has contained the Rams so far. We’ll see what happens in the 2nd half but no matter what the Cardinals are for real.

According to Football Outsiders, the Cardinals have been the second-best team in the NFL this season behind only the Buffalo Bills.

They lead the NFL in scoring at 35 points per game, and quarterback Kyler Murray has taken the leap from burgeoning star to full-blown MVP candidate.

He is averaging 9.5 yards per pass attempt, which is an elite mark for a quarterback. Murray’s pinpoint accuracy has been on display all season, as he has rarely missed his targets, whether scanning his progressions from the pocket or making on-the-run-throws after a scramble.

Murray averaged 6.9 and 7.1 yards per pass attempt in the first two years of his career, which made his dynamic runs a necessity to make the offense go. Murray talked this offseason about using his legs as a luxury, and so far they have been just that.

Murray has been one of the most effective passers in the NFL this season, and has mobility that only Ravens quarterback Lamar Jackson can rival. At only 24 years old, Murray has positioned himself as arguably the second-most dangerous quarterback in the NFL behind Patrick Mahomes.

Murray has been helped by a bevy of receiving options. The Cardinals were extremely reliant on All-Pro wideout DeAndre Hopkins a season ago, which made it easy for defenses to game plan. This year, with Larry Fitzgerald out and Rondale Moore/A.J. Green in, the weapons are more potent and diverse.

I know Larry Fitzgerald is an icon, but the Cardinals were hamstrung with him in the slot last year. Now that Rondale Moore + Christian Kirk are there, Kliff Kingsbury's scheme can flourish.

Green has enjoyed a resurgent campaign at age-33, leading the Cardinals with 248 receiving yards this season. Christian Kirk (244 yards), Hopkins (225), Moore (211), tight end Maxx Williams (179) and running back Chase Edmonds (140) are all involved in the passing game, and that balance has helped Murray flourish.

The running game is secondary, but when called upon, Edmonds has averaged 5.9 yards per carry, which is third-best in the NFL among running backs. James Conner is averaging a paltry 3.2 yards per attempt, but has been effective at the goal-line, which is an important facet the team sometimes missed last season.

The Cardinals are not only defined by their star quarterback and explosive offense, but also their lack of weakness.

When coach Kliff Kingsbury was at Texas Tech, his teams consistently played in shootouts. Sunday’s game against the Rams looked like one in the earlygoing, but soon enough the Cardinals’ defense made MVP candidate Matthew Stafford look mortal.

Stafford finished the contest 26-of-41 passing for 280 yards with two touchdowns and an interception. He threw another pick, but it was called back on a questionable roughing the passer penalty.

The Cardinals have one of the best safety tandems in the NFL between Budda Baker and Jalen Thompson. That was known heading into the season, but cornerback was a big question after Patrick Peterson departed in free agency.

However, Byron Murphy has looked like one of the best cover men in the NFL through four games, while fourth-round pick Marco Wilson has acquitted himself well after being forced into action following the surprising retirement of Malcolm Butler before the season.

The Cardinals’ biggest weakness this season has been stopping the run. It’s not ideal, but it’s certainly the preferred phase to have issues. While some teams have found spurts of success on the ground, the Cardinals are still only allowing 21.3 points per game, ninth-best in the league.

Murray is spinning the ball at an elite level, and the pass defense has been surprisingly strong. If those two things continue, the Cardinals will remain among the best in the NFC all season.

This was only the first NFC West game on the schedule, and Arizona is bound to hit some bumps in the road this season. However, there are few bigger statements than going on the road and blowing out a legitimate title contender.

The Rams, Buccaneers, Packers and Cowboys are in this for the long haul, and the Seahawks and 49ers should not be counted out so early in the season.

But after an offseason of being projected to finish last in the NFC West, the Cardinals look primed to make a run at capturing the vaunted division.