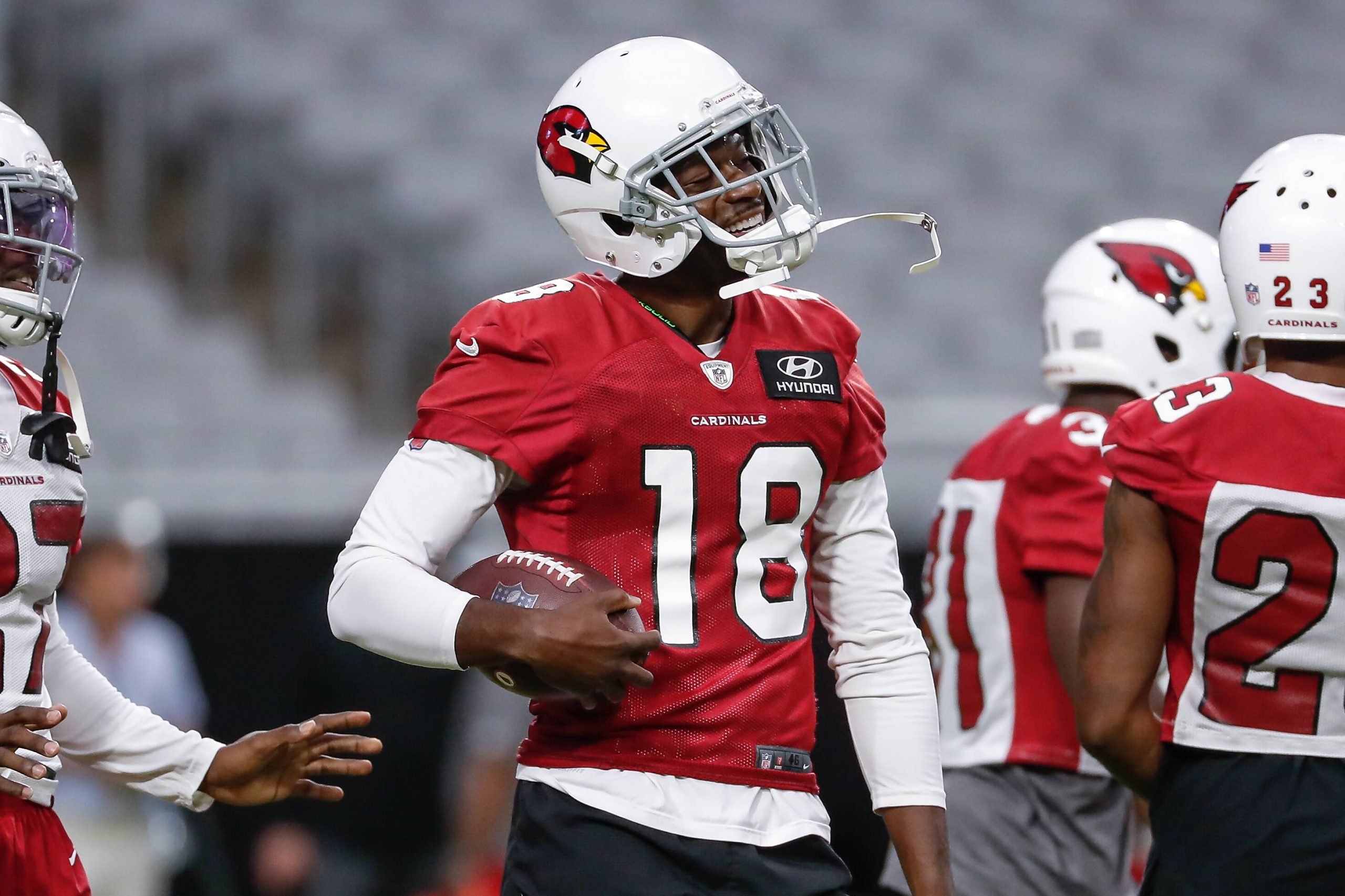 A.J. Green has never been a big talker, but his production always spoke volumes.

The former Cincinnati Bengals star was among the best wide receivers in the NFL for the better part of a decade, but as his career winds down, oddsmakers expect a quiet 2021.

Despite regularly surpassing 1,000 receiving yards per season in his prime, Green’s over/under receiving total is set at only 545.5 yards for 2021, per DraftKings on Sept. 9. The ‘under’ is currently the favorite at -120, as Green is expected to be out-produced by numerous tight ends this year.

The end comes for every player in the NFL, and retiring quietly in Arizona would be par for the course in a state full of snowbirds. The Cardinals, however, don’t see it that way, as they gave Green a one-year, $6 million contract in free agency, with incentives that could push it to $8.5 million.

If the 33-year-old finds the fountain of youth, the Cardinals will be major beneficiaries, and so will those who take the over on the receiving yardage total.

What are the odds it happens? An examination:

The first concern for Green backers in 2021 is the injuries. With a receiving total like this, missed time is baked in, and there is a reason for that.

Green has been sidelined in recent years by hamstring, toe and ankle injuries. While he played all 16 games last season, Green was slowed in this year’s training camp by an unspecified ailment. He did play in the Cardinals’ second preseason game and should be at full strength for the season opener against the Tennessee Titans on Sunday.

If Green manages to stay healthy and play in all 17 games, he would need to average only 32.1 receiving yards per contest to surpass the total, which would seem a slam dunk. But every time he misses a game, that per-game production is forced to rise.

Last year, the numbers were ugly. Green had only 47 catches for 523 yards and two touchdowns in 16 games. He was targeted 104 times, catching the ball on only 45.2 percent of those passes while averaging an anemic 5.0 yards per target.

According to NextGenStats, Green was last in the NFL in yards of separation on routes, making it clear he’s no longer the player of old.

AJ Green was LAST in the NFL in yards of separation per @NextGenStats. Bengals threw him 104 balls and he caught 45% of those passes. That was also last in the league.

The opportunity to upgrade this position and the impact on the offense cannot be understated.

The third issue is the Cardinals’ passing game. DeAndre Hopkins is going to get a ton of volume, and Green will need to battle Christian Kirk, Chase Edmonds and Rondale Moore for the other targets. Quarterback Kyler Murray is also a dynamic rushing threat who is happy to abandon passing plays if a running lane emerges after his dropback.

Green is no longer an All-Pro-caliber talent. Everyone can agree on that.

The bar for him to reach this receiving total, though, is not high. If Green can rack up a couple 60-yard games early on, he will be in great shape.

The most reassuring part is the comments coming from Cardinals’ training camp. National analysts Peter Schrager and Louis Riddick praised Green heavily when they watched him at practice, and if he is truly in line for a bounceback season, this projection will be easily surpassed.

What I saw from AJ Green at #Cardinals practice today looked like the 2015 version. He was 🔥. AZ has the potential to have top 5 WR group with DHop, AJ, Rondale Moore, Christian Kirk.

Coach Kliff Kingsbury has been consistent in his message that Green will be a major part of the offense, as he is locked in as the No. 2 outside receiver opposite Hopkins. When the Cardinals use two tight end formations, Green should still be on the field, which is an important consideration for his yardage total.

Kingsbury’s praise seems legitimate, especially within the context of the free agent contract Green signed. And when granted anonymity in exchange for candor by Compare.bet, multiple sources have still sung Green’s praises.

His health has been brought up as the major caveat, and that remains an unknown, but there is confidence in Arizona that Green still has juice in his legs. Hopkins is going to draw plenty of safety attention on the opposite side, so if Green can separate better than he did in 2020, the receiving yardage will follow.

It’s rare for wide receivers to remain key parts of an offense in their mid-30s. The Cardinals, though, have experience with it, as Larry Fitzgerald continued to play at a high level for the team through age-34.

Green had an All-Pro peak like Fitzgerald, and is now trying to rejuvenate his career in Arizona. If a significant injury costs him a couple months, the over will be a futile wager, but Green was healthy last year and is ready to go in 2021.

The playing time will be there this season, and the receiving total is enticing because it is so low. Green isn’t the same player of old, but the Cardinals will give him every chance to succeed, which will result in a healthy dose of playing time and targets.

The oddsmakers went too low this time.