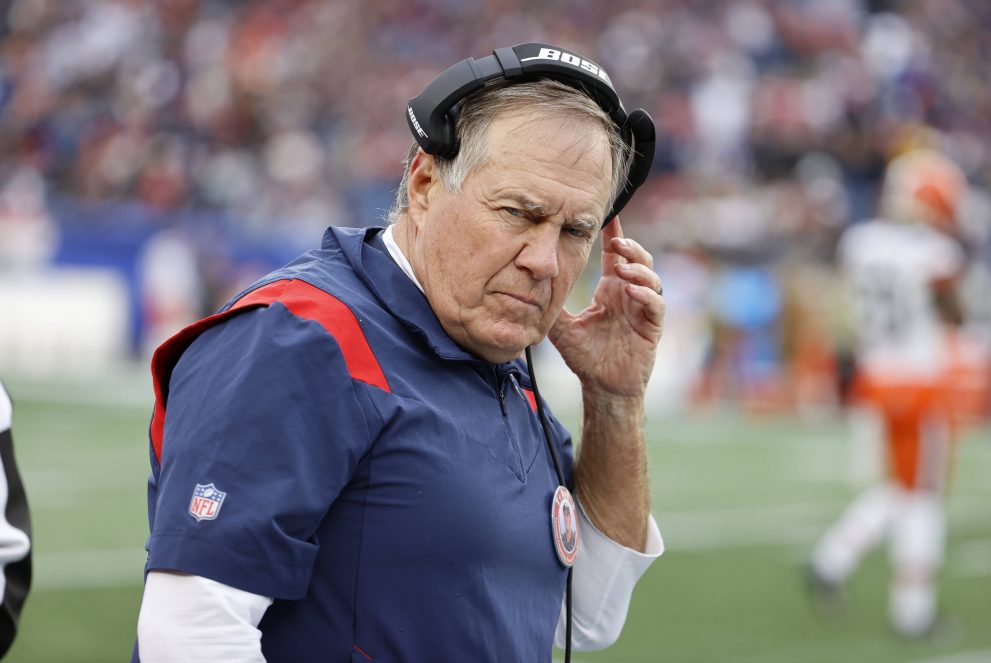 The second half of the NFL season is upon us, which is a good time to take stock of the futures betting market.

Some things have gone to plan this year, as top preseason candidates Micah Parsons and Myles Garrett are favored to win Defensive Rookie of the Year and Defensive Player of the Year, respectively.

Others have not, as preseason MVP favorite Patrick Mahomes has fallen off the pace. There could still be changes down the stretch, so here are five underdogs that could surprise and come home with an end-of-season accolade. Odds courtesy of DraftKings on Nov. 17.

Belichick only has the sixth-best odds to win Coach of the Year, behind Mike Vrabel, Kliff Kingsbury, Mike McCarthy, Brandon Staley and Sean McVay. That seems off.

The Patriots are tied with the Cardinals for the second-best point-differential in the NFL and have won four straight games. Rookie quarterback Mac Jones is improving weekly and New England is right in the mix not just for the playoffs, but also the AFC East crown. It would be an upset for the Patriots to surpass the Bills, but if that happens, or if New England wins double-digit games and gets a wild card, Belichick will be in the discussion.

Vrabel is the worthy favorite right now, but advanced statistics are not wild about Tennessee, which could come crashing back down to earth in the season’s second half. Kingsbury will also be a factor, but his Arizona team is full of talent, led by superstar quarterback Kyler Murray.

By the time the season ends, voters could be marveling at the job Belichick did in New England, and it’s worth a play at these odds.

Murray might be the favorite if not for a sprained ankle that has kept him out of the past two games. That leaves his margin for error razor thin, and the odds reflect that. It seems paramount that Murray plays this week in Seattle to stay in the MVP conversation, because missing three games out of 17 is a big blow to a player’s value.

Even so, there is no candidate separating himself from the pack this season. Murray has arguably been the best quarterback in the NFL when on the field and the Cardinals should finish the season with a gaudy record. Murray’s odds currently sit behind Josh Allen, Tom Brady, Matthew Stafford, Dak Prescott and Aaron Rodgers, which makes him a good value option at this point in the season.

This is Dak Prescott’s award to lose, as his odds are currently sitting at -400. The Cowboys are playing well and Prescott is an aforementioned MVP candidate, so it’s easy to see why he should come away with the award, but Burrow should not be counted out.

Joe Burrow back at work pic.twitter.com/URIuzbm6ir

If the Bengals make the playoffs, it will be a big improvement from preseason expectations, and Burrow will get plenty of attention because of it. Dallas is going to win the NFC East, but right now it is in contention for the No. 1 seed in the NFC. If Prescott struggles and the Cowboys fall to the No. 3 or 4 seed, he will lose some shine.

Prescott is getting all the love right now, but there is still a lot of season left, and Burrow’s odds are much more attractive at their respective prices.

Mahomes leads the NFL in passing attempts, but he is averaging an uncharacteristically low 7.1 yards per pass attempt this season. For his career, that number is at 8.1 yards per attempt, so these first 10 games have been the outlier.

Mahomes threw the ball 50 times for 406 yards against the Raiders, and it’s the type of performance he is capable of duplicating down the stretch. There is some ground to make up, as Mahomes is averaging 294 passing yards per game this season, which is fourth in the NFL behind Tom Brady (318.9), Derek Carr (314.0) and Matthew Stafford (301.4).

The Chiefs look to be back on track after Sunday night's rout of the Raiders. Does that also mean Patrick Mahomes is back in the MVP race? pic.twitter.com/9fbcbUseCw

Teams are famously deploying two-high safeties consistently against the Chiefs to force Mahomes to throw underneath, and it has caused some problems, but the belief here is that the most talented quarterback in the world figures out a way to counteract it down the stretch.

Kansas City’s defense figures to give up points the rest of the way, which means Mahomes will continue to throw. He’s at a good spot right now for bettors: far enough back to get decent odds but close enough to have a realistic chance at winning the passing yardage crown.

Jonathan Taylor is the heavy favorite to win this award. He is 216 rushing yards ahead of Chubb and playing extremely well right now for the Colts. However, Taylor is only the favorite because Titans star Derrick Henry broke his foot, which may knock him out for the season.

If Taylor plays in every game, Chubb has precious little chance of catching him, but injuries are a fact of life in the NFL, and especially at the running back position. Chubb is second in the NFL in rushing yards per game at 103 and is averaging a robust 6.0 yards per carry.

He figures to excel down the stretch, which makes it unlikely that any of the running backs behind him will move up. And if Taylor misses a couple games due to injury, Chubb will be in great position to win the rushing yardage title and reward the bettors who chose him in this longshot position.