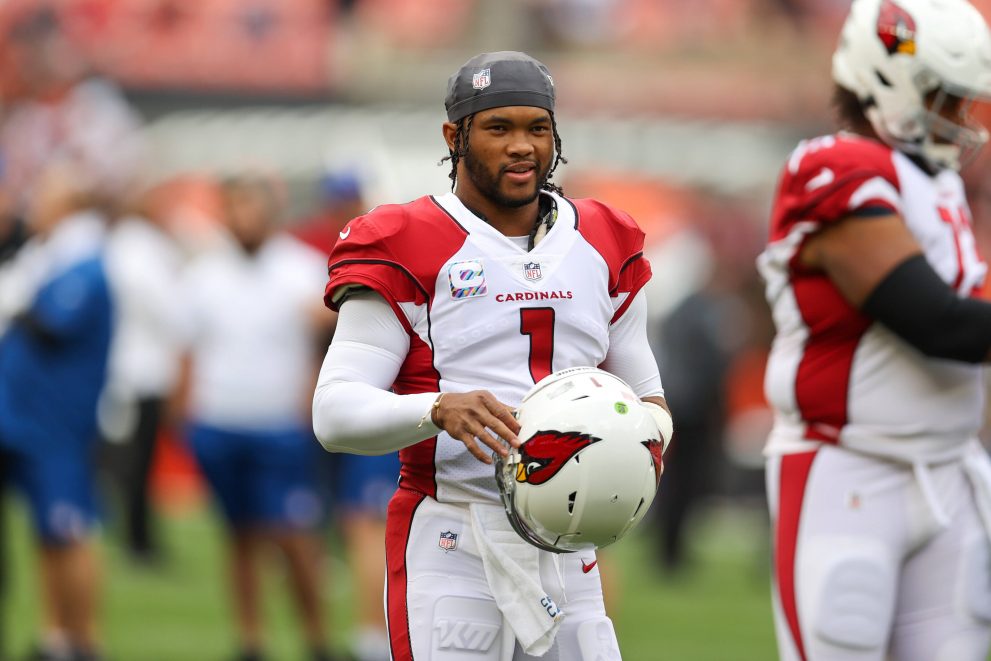 The prediction business has not been good to me of late. It was a miserable 2-10 record last week, and a month-long rut since a sparkling 45-26-1 start to prediction season. Luckily, I’ve figured out the secret: be a negative Nancy.

Scoring is way down this season, and quarterbacks are struggling to find the same type of success as in past years. It’s time to offload Sunday optimism and embrace pessimism for the good of the bankroll.

Here is my favorite bet for each game this week, and this time, they are all unders. Bah humbug. Odds courtesy of DraftKings on Dec. 3.

The reason: Kyler Murray should be back for the Cardinals, but DeAndre Hopkins is an unknown, and it might take Murray a little while to get back in the groove after several missed games. The Bears, meanwhile, will likely be missing quarterback Justin Fields and wide receiver Allen Robinson. Chicago will likely stick to the run early to shorten the number of possessions in hopes of pulling the upset. There could be some scoring later on, but a quiet first quarter is the pick.

Kyler Murray was limited in practice again on Friday.

DeAndre Hopkins downgraded to DNP after being a limited participant on Wednesday and Thursday.

Both are officially "questionable" to play on Sunday.

The reason: This game could be a mirror image of Tampa Bay’s early-season blowout of Atlanta. Brady threw for five touchdowns in that game but only attempted 36 passes because the Bucs didn’t need to throw toward the end of the game. Even if Brady has a lot of attempts early on, it will decrease rapidly enough in the fourth quarter for the under to hit.

The reason: The Texans are actually No. 8 in Football Outsiders’ defensive efficiency, including No. 5 against the pass. Indianapolis running back Jonathan Taylor should have a big day on the ground in this one, and the Colts will be happy to rely on him to churn out the yards. The Colts should win this game pretty easily but they won’t reach 28 points.

The reason: Raymond is the fourth option for Detroit, as Josh Reynolds had a big game last time out against Chicago and has grabbed one of the top two receiver spots. Raymond’s receiving total for this game is only 29.5 yards so he is not expected to get many targets, and while he has the speed to be a deep threat, the Lions have not connected often on those throws this year.

The reason: Burrow is not the most fleet of foot quarterback, as he’s surpassed eight rushing yards in only three of 11 games this season. Additionally, the Chargers often play a two-high-safeties look that allows for checkdown options when Burrow is under pressure. He seems unlikely to pass the line of scrimmage too often in this game, and even if he does, the Chargers have enough speed on defense to make the gains negligible.

The reason: It has been a pretty miserable rookie season for the No. 2 overall pick. Wilson has statistics that closely resemble those of Josh Rosen, the Cardinals’ No. 10 overall pick in 2018 that was usurped after one season in Arizona. Wilson has not shown enough progress to believe in the over in this one, even against a suspect Eagles defense. If Jalen Hurts doesn’t play for Philadelphia, this game could be reasonably close, which would keep Wilson’s attempts down.

The reason: The WFT tight end is back from injury and is certainly a main piece on offense, but this number is high. The under is the strong favorite and for good reason, as Thomas has surpassed four receptions only once in four full games this season and four times out of 16 in 2020.

The reason: Glennon will start in place of Daniel Jones, and he’s not expected to be airing it out. The veteran backup threw the ball 140 times in his ill-fated run as the Bears’ starting quarterback in 2017, and his longest completion was 29 yards. He will probably throw it around 30 times in this one, making the under the sensible pick.

The reason: The Rams’ defense has yet to dominate since the arrival of Von Miller, but this could be the game. The premier edge rusher has joined defensive tackle Aaron Donald and cornerback Jalen Ramsey as the best defensive trio in the NFL. Look for them to make rookie quarterback Trevor Lawrence miserable on Sunday.

The reason: It’s been a breakout campaign for the Pittsburgh wideout, but it’s a tough matchup this week. Ravens cornerback Marlon Humphrey could shadow Johnson the entire game, provided he gets over an illness in time to play, which will cut into Johnson’s opportunities to not only catch the ball, but get yards after catch.

All 5 of the Ravens' corners on the 53-man roster are listed as questionable.

The reason: The 49ers have gotten their ground game going lately, which means a lot of extended drives in this one. Seahawks quarterback Russell Wilson has not looked like his usual dominant self since returning from a finger injury, and it’s hard to trust that he will turn it around against a good San Francisco defense.

The reason: The Chiefs are averaging 25.5 points per game this season, including 20 or fewer in four of their past five outings. Patrick Mahomes is capable of breaking out at any moment, but it sure feels like teams have found the best way to slow down Kansas City. The Broncos should be able to follow that blueprint and keep the scoring down.

The reason: This is right around Harris’ per-game average on the season,  but there are a couple things working against him. The Bills have a top-5 rush defense, and Buffalo could be ahead in the fourth quarter, which would push New England to more of a pass-heavy approach.