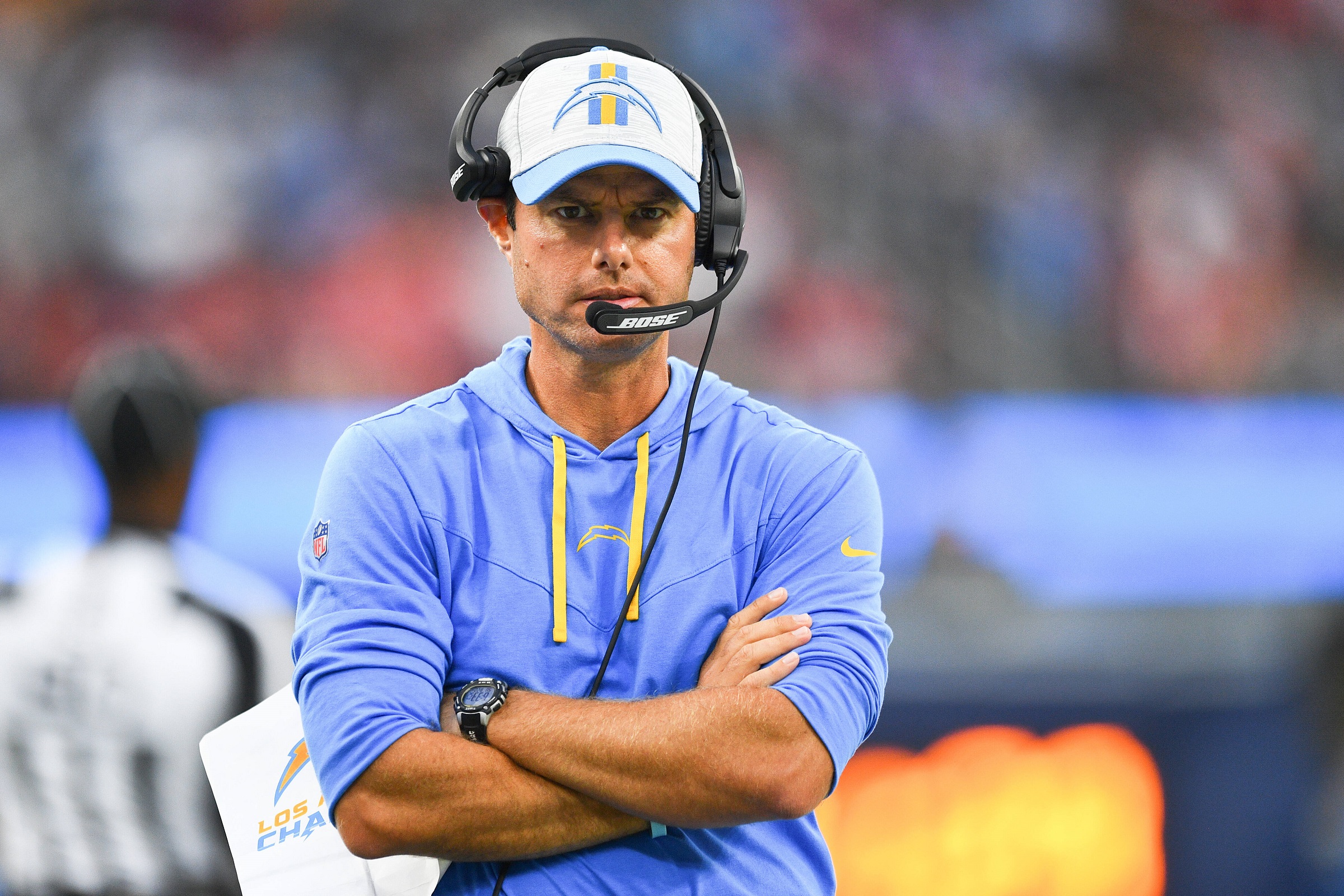 The Los Angeles Rams weren’t the first team to get diced up by Kyler Murray this season, and they won’t be the last.

The Cardinals’ star quarterback moved to the front of the MVP pack after bludgeoning the Rams for 37 points on Sunday, but it continued a concerning trend in La La Land.

While Los Angeles remains on the short list of Super Bowl contenders this season, the heavy lifting is being done by its offense. That wasn’t the case a year ago, when the Rams finished No. 1 in the league in scoring defense and yards allowed.

Regression was expected, but the Rams are just No. 20 in Football Outsiders’ defensive efficiency through four games. Cornerback Jalen Ramsey and defensive tackle Aaron Donald are both still playing like stars, but the loss of defensive coordinator Brandon Staley seems to be a legitimate problem.

Staley was hired as head coach of the Los Angeles Chargers this offseason, and after just four games, is the favorite to win the NFL’s Coach of the Year award at +800 on DraftKings. Staley has drawn praise for his willingness to go for it on fourth down and his overall grasp of analytics, but his biggest strength is still a dynamic defensive philosophy.

Confirmed: Brandon Staley is the new era of a football guy pic.twitter.com/jBrnwbGky6

Staley has made it his mission to force teams to methodically drive the ball down the field to get points. In a league where explosive plays are king, Staley dares teams to run the ball in order to stay away from the chunk gains.

Last season, the Rams were No. 1 in the NFL in defending the deep pass, finishing 27.3% better than league average, according to Football Outsiders. Without Staley this season, they have dropped to eighth overall.

The Chargers, meanwhile, are now No. 2 in the NFL against the deep pass through the first four games, 59% better than average. Last year they ranked No. 10.

Rams allowed 30 points once in 2020. Bills scored 35 points and needed all four quarters. Cardinals have 34 points with 1:14 left in the third quarter.

I'm going to write a letter to Brandon Staley.

Los Angeles is below average against the run this season, which is by design. Staley is willing to make that trade-off, because when it’s all added together, the Chargers have allowed 18.5 points per game on the year, seventh-best in the NFL.

That number is impressive on its own, but even moreso when considering the competition. Three of the Chargers’ four games have come against prolific quarterbacks Patrick Mahomes, Dak Prescott and Derek Carr.

Los Angeles won two of those, and all three quarterbacks had easily their worst performances of the season against Staley’s defense.

Mahomes, Prescott and Carr combined for a passer rating of 85.9 against the Chargers. In their other nine games, the quarterback trio has a rating of 118.2.

The Chargers are 3-1 on the season, one game ahead of the Chiefs in the loaded AFC West.

Quarterback Justin Herbert looks like a bonafide star already, and Staley seems to be pushing all of the right buttons. If Los Angeles can fend off Kansas City for the division title, Staley would be a logical choice for Coach of the Year.

The Chargers are at +225 odds to upset the Chiefs and win the AFC West — still an underdog bet, but a play that seems much more realistic than before the season began.

If Staley doesn’t come away with Coach of the Year honors, the oddsmakers believe his former boss Sean McVay could do so, or fellow NFC West coach Kliff Kingsbury.

Here is a snapshot of the other top candidates:

Sean McVay, Rams (+1000): The expectations were high heading into the season, so it seems like the Rams will need to win the NFC West and finish as a top-two seed in order for McVay to be in the running. The offense looks really good thus far, but these odds seem a bit too high coming off the loss to Arizona.

Kliff Kingsbury, Cardinals (+1200): This was always going to be a defining year for Kingsbury, who was on the short list of head coaches most likely to be fired before the season began. His Air Raid scheme finally has the personnel it needed, as the Cardinals lead the NFL in scoring at 35.0 points per game. The NFC West is a buzzsaw, but the Cardinals are in the catbird seat with a 4-0 record and a head-to-head win over the Rams. If Arizona wins the West, Kingsbury could well win Coach of the Year.

Vic Fangio, Broncos (+1400): The Broncos are 3-1, but were humbled by the Ravens last time out and lost quarterback Teddy Bridgewater to a concussion. Denver will need to make the playoffs for Fangio to be in the discussion. It’s not an easy trek, but there are still some encouraging takeaways from the first four games.

Matt Rhule, Panthers (+1600): The Panthers have exceeded expectations with a 3-1 start and are trying to win now, as evidenced by their trade for star cornerback Stephon Gilmore this week. Rhule is an intriguing candidate. If Carolina makes the playoffs and the Chargers and Cardinals tail off, he could be the winner.

Kevin Stefanski, Browns (+1600): The Browns are off to a 3-1 start and both sides of the ball are contributing. Expectations were pretty high heading into the season, so Cleveland will need to rack up the wins and outpace the Ravens for the division title to give Stefanski a shot.

"You have to prepare to win." – Kevin Stefanski

Jon Gruden, Raiders (+1600): The Raiders started 3-0 but looked outmatched on Monday night against the Chargers. Las Vegas is playing in the tough AFC West, and if it can manage a way into the playoffs, Gruden could be in the mix, although this one seems like a longshot.