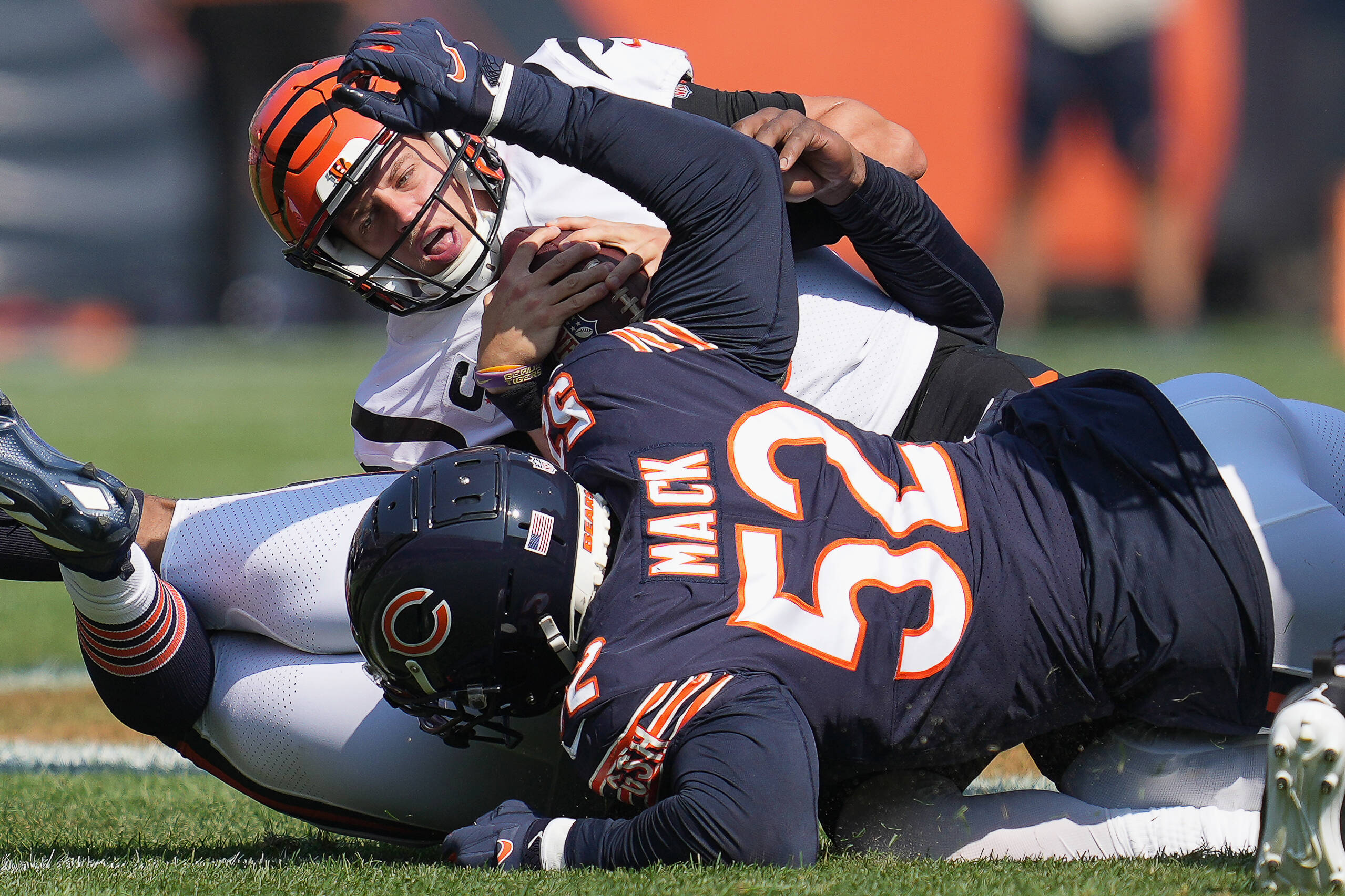 Frostee Rucker was taken in the third round of the 2006 NFL draft by the Cincinnati Bengals and also played for the Cleveland Browns, Arizona Cardinals and Oakland Raiders during a 13-year NFL career. He spoke with Compare.bet about organizational shortcomings in Cincinnati, Arizona’s hot start and his willingness to lace them back up for an easy Super Bowl ring.

The Bengals had a nice win their first week but then lost to the Bears. Looking at their overall trajectory after drafting Joe Burrow and adding some receivers, do you like the path they’re on?

They make some good moves, but I think it’s the culture of the organization that will limit the ultimate success. I haven’t been there for many years, so I’m not really talking crap, but I do believe the culture of the organization has to change to win something. I think every little thing counts. Try to mimic a culture of the Patriots or even (Bucs coach Bruce Arians): be a grown-ass man coming to work every day, eliminate distractions, stay focused where everyone is trying to win. That comes from the top (owner Mike Brown).

Mr. (Michael) Bidwill (in Arizona) gave the guys what we needed. We got the new facility. He poured (resources) into it. I frequent Cincinnati, and they still don’t have an indoor facility, so they still practice outside in the cold weather. Even their practice field right now in the fall, there is literally a highway right above it where someone can stop and videotape during practice. It’s right under a highway pass. When it comes to that, how is the thought process winning when anyone can stop and record practice and plays?

Yeah, you hear tidbits about their scouting department being small. If the infrastructure is not similar to other teams, it’s going to be hard to be competitive.

It’s theirs to run, but they run it their way. And if you haven’t had success your way, I think you should adapt the tendencies of successful programs to try to mimic that. You have to add more people to the staff. I haven’t been there in awhile, but I think there is room for improvement.

Coming from USC, were the facilities nicer in college than when you got drafted in Cincinnati?

No. The facilities at USC were nothing. We didn’t have hot tubs or cold tubs. We had trash cans with ice in them. We didn’t have a steam sauna. We didn’t have any of that. So when I got to the pros, it was like, ‘Whoa, this is a big improvement.’ But it wasn’t until I left after six years and I went to Cleveland, when it was a world of difference in taking care of the players.

When I was in Cincinnati, you couldn’t take Gatorade home. It was the most odd thing. I never understood it. You couldn’t take any home. It was like two bottles. Coach would say, ‘It’s because you make enough money. You can buy your own.’ Things of that nature were just odd. It wasn’t until I left that I saw there was more out there.

How was your Arizona tenure?

I got to Arizona when it was B.A.’s first year (in 2013) with coach (Brentson Buckner), Todd (Bowles). The whole gang was there. I loved Arizona so much because of how the staff treated me. I earned their respect and they treated me like a grown man. People had gripes before that. I wasn’t a part of that. All I could see was how Arizona and Mr. Bidwill did right by us, with the new facility and everything that grew from there.

What was it like seeing Arians and Bowles win the Super Bowl? I’d assume you were rooting for them to get a ring.

Oh, absolutely. I wish they would have called me for that practice week and gotten me a ring, too.

Drew Stanton got one.

Exactly. That’s what I’m saying. I would have been the best scout team guy in the league. I was rooting for those guys. That whole coaching staff means a lot to me. They just turned that into a machine. There’s no reason to believe they won’t continue to succeed.

I’ll be available and ready this year too lol. The big show in my back yard #LA

What do you think about the Cardinals?

They’re exciting. They’re young and fast. They’re letting those younger receivers go out there. This is no knock at the GOAT (Larry Fitzgerald), but just seeing how those guys are working together, I really think they have something special over there. But that offense is predicated on Kyler. If he gets hurt or something, everything folds.

I would love to see Cam Newton in there to be a backup. You need to mimic with the same skillset to be able to operate that offense. In that offense, 90% of the big plays come from movement outside of the pocket, not standing there. I played with Colt (McCoy) in Cleveland, and Colt is a good quarterback, but it wouldn’t be the same.

Cardinals' Frostee Rucker blows a kiss to the fans after a sack in the 1st quarter. #CINvsAZ #BirdGang #NFL pic.twitter.com/p2Fa5rEwWO

You played a couple years with Chandler Jones. Can he be an elite edge rusher for a few more years, and should the Cardinals pay a guy that’s going to be 32 years old next season?

You take care of the guys that make you look good. He’s in the building and he’s the best. Anyone you go get is going to ask for the bag, so why don’t you pay your guy? He’s come back from injury. Every year he’s been there, he’s produced more than you thought he would. Your investment has been repaid ten-fold from what Chandler Jones produces.

He has the ability to go out there and do multi-sack games. You hear Chandler Jones’ name. You haven’t heard J.J. Watt’s. That’s not a shot at J.J., but that’s the truth. And if you double Chandler, Markus Golden is going to rip you for 10 sacks. You can’t block them all. That’s why they’re dangerous.