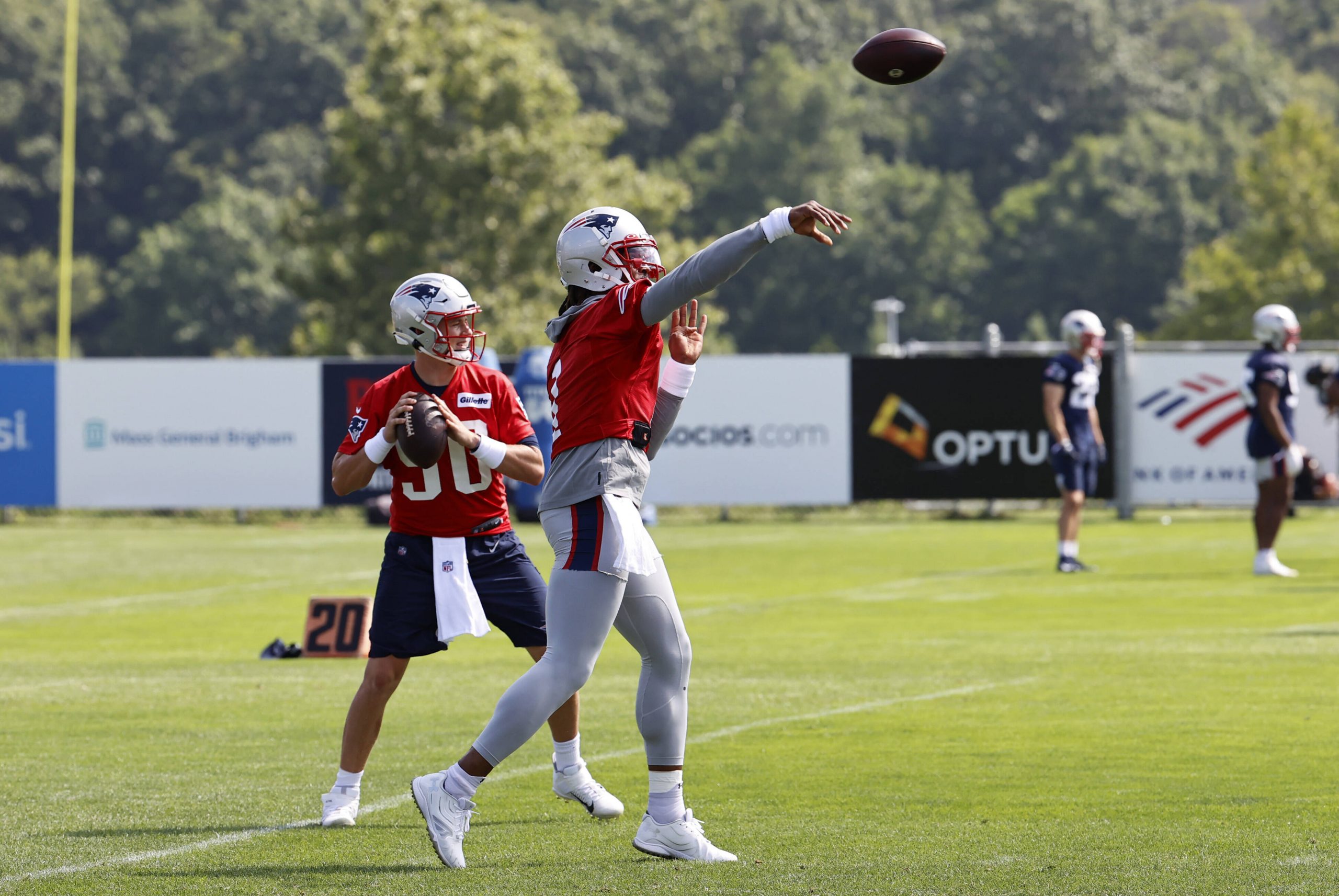 The NFL regular season is only a few weeks away, which means head coaches will soon be game-planning for their first opponent. In order to do that, a starting quarterback needs to be in place, and there are still multiple teams with a battle on their hands.

The Bears seem content to go with veteran Andy Dalton over Justin Fields, while rookies Trevor Lawrence and Zach Wilson are poised to start for the Jaguars and Jets, respectively.

Here is a look at the latest odds to win the undecided starting quarterback jobs after the second week of the preseason:

predict the 5 starting QBs for week 1:

The bet: Mac Jones will take the Patriots’ first snap in 2021

Cam Newton is still the veteran incumbent, but things are getting more murky. Newton will miss five days of practice after a recent hiccup with the daily COVID-19 testing protocols, giving Jones a chance to get valuable work this week.

Jones was fantastic on Thursday night, completing 13-of-19 passes for 146 yards in a 35-0 rout of the Eagles. The No. 15 overall pick in this year’s draft earned a Pro Football Focus grade of 93.4 for the performance, which was the highest grade of any quarterback in the NFL this week.

Newton has a long track record of success in the NFL, and is still the favorite to keep the starting job. He is a former MVP and brings a dual-threat element that makes things more difficult on defenses. The Patriots, though, know a little something about great results using a pocket passer. Jones will need a terrific week of practice and a stellar third preseason game to be considered, but the odds give him a puncher’s chance.

"If you are vaccinated, you can leave town and not be tested every single day."

–@ProFootballTalk on how he sees the latest issue with Cam Newton in New England:#NFL #Patriots#NFLPreseason pic.twitter.com/8EAUXsgafe

Lance played a lot on Sunday against the Chargers. He looked shaky at first but turned it around, finishing the game 8-of-14 passing for 102 yards, two touchdowns and an interception. Garoppolo saw limited action, completing 3-of-6 passes for 15 yards and was intercepted.

After the game, coach Kyle Shanahan ostensibly said Garoppolo was the favorite, but that he still wasn’t ready to name his Week 1 starter. The 49ers have a roster that could be a Super Bowl contender, so the quarterback decision is a huge one. San Francisco made the Super Bowl with Garoppolo under center two years ago, but the defense played a huge role.

Lance offers tremendous upside but has more variance, which is why he’s still a decided underdog to start the year as the team’s quarterback. If Lance can wrest the job away from Garoppolo, he could be an intriguing choice for NFL Offensive Rookie of the Year.

I’ll say this, for as bullish as I am on Justin Fields, Trey Lance and #49ers are in just an incredible position … Top-five defensive talent, young speedsters at WR, an offensive mastermind in Kyle Shanahan … If Lance’s ceiling is as high as it appears, SF has a real SB window.

Even though prominent Denver writer Mike Klis believes Bridgewater is the favorite, the betting markets are still leaning toward Lock.

Both quarterbacks have done well in the preseason. Lock has completed 14-of-21 passes for 231 yards and two touchdowns without an interception. Bridgewater is 16-of-19 for 179 yards and two scores without a pick. Bridgewater has a career passer rating about 10 points higher than Lock in the regular season, which could be a major factor.

Denver has a talented team, with quarterback the big question mark. Lock is younger with more upside, while Bridgewater is a steady veteran who does not make many mistakes. It will be an interesting decision and one that could have an outsized effect on team success.

Who should be QB1? pic.twitter.com/Yq8Y3kBFo6

The bet: Jameis Winston will take the Saints’ first snap in 2021

The quarterback position hasn’t been an issue for the Saints in 15 years, but now that Drew Brees has retired, a new signal-caller must take the reins. Winston is the favorite to beat out Taysom Hill for the job.

Winston is the former No. 1 overall pick who has plenty of natural talent, but has been turnover-prone in the NFL. Hill is a much more unconventional quarterback, as his mobility would allow coach Sean Payton to be more creative.

Winston was 7-of-12 for 96 yards with a touchdown and an interception in his preseason debut against the Ravens. Hill finished that game 8-of-12 for 81 yards and a pick. The oddsmakers like Winston to secure the role, which Payton is hoping to decide soon.

and I’m reminded of this Taysom quote pic.twitter.com/eP5LJHubUH

Deshaun Watson is technically eligible to play, but he has been accused of sexual assault and misconduct by 22 women. Watson is at Houston training camp but the team has no plans to put him on the field in the midst of such serious accusations.

Tyrod Taylor was signed to be the starter in Watson’s stead and is the most accomplished quarterback among the other options. Davis Mills, the team’s third-round draft pick, was 10-of-16 for 115 yards in the team’s second preseason game against Cowboys.

Mills could very well get a shot this year, as the Texans are expected to be among the worst teams in the NFL, but he’s still a longshot to be the starter when the season begins.