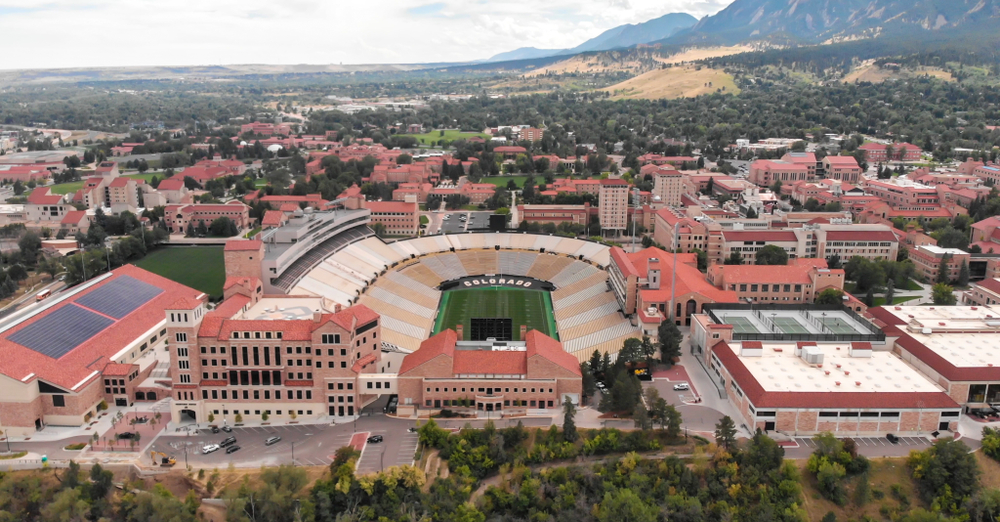 The Australian sportsbook operator PointsBet has inked a five-year agreement to become a betting, gambling and fantasy sports partner with The University of Colorado Buffaloes.

This deal makes PointsBet the first sports betting operator to ink a gambling agreement with a US college.

PointsBet did not disclose the financial details of the deal with the University. Its also worth noting that the deal was brokered by Learfield IMG College, the media rights holder of University of Colorado Athletics.

The University said that the deal with PointsBet will provide a “financial boost” for University athletes at a time where athletic department budgets are under pressure due to the coronavirus pandemic. The University added that some other Division I universities are cutting back on their collegiate sporting programs.

The Colorado Buffaloes play in the Pac-12 Conference for all sports and last month, the Pac-12 announced it would suspend the start of its football season until early 2021 due to the coronavirus pandemic.

The University’s Athletic Director Rick George said: “We’re thrilled to have PointsBet as a partner and for the benefits this sponsorship will provide for our student-athletes for years to come.

“We are impressed with their commitment to raising awareness around responsible gaming. And we’re particularly excited whenever we can partner with sponsors who call Colorado home.”

Johnny Aitken, chief executive of PointsBet USA, said: “As a tech company at heart that is proud to call the state of Colorado home, we are thrilled to announce this partnership as part of our ongoing quest to become synonymous with Colorado sports betting.

“Since announcing our plans for a new headquarters in Denver, we’ve consistently stated our desire to work closely with the state’s first-class university system and rich pool of tech talent.

“It is an honor to become a partner of the Colorado Buffaloes, where we look forward to bolstering general sports betting knowledge and responsible gaming awareness while recruiting some of the best and brightest minds to help install a foundation for prolonged success.”

The National Collegiate Atheltic Association (NCAA), which governs collegiate sports has opposed gambling in the past and does not permit gambling advertising to run during its contests such as the NCAA basketball tournament.

However, the prohibition of gambling advertising does not apply to conference games, regular-season games or events organised by other bodies such as college football bowls and playoffs.

According to several NCAA stakeholders, sports betting would destroy the integrity of collegiate sporting events.

In July, during the “Protecting The Integrity of College Athletics” hearing in Congress, athletic director at the University of Pittsburgh Heather Lyke called on Congress to ban wagering on all collegiate athletics.

During the hearing, Lyke said: “The introduction of legal wagering on intercollegiate athletics will have a corrosive and detrimental impact on student-athletes and the general student body alike. Gambling creates pressures and temptations that should not exist.”

Another big deal for PointsBet

PointsBet’s agreement with the University of Colorado is the latest in a long line of recent deals to help expand the operator’s presence across the US sports betting market.

The deal comes hot off the heels of the operators deal with NBC Sports, which will see become an official partner of the NBC Sports Predictor and integrate its content throughout the application, providing more games for users.

Under this deal, PointsBet will now serve as the official exclusive gaming partner of KSE’s Colorado teams as well as the Pepsi Center, the teams’ home arena.

Although PointsBet has inked several marketing deals with Colorado sports teams, the operator has yet to launch its online sportsbook in the state.

Plans to launch in Colorado appear to have taken a backseat while the operator plans to launch its online betting product in the state of Illinois, which is expected to take place later in September.

Once the operator completes its launch in Illinois, Colorado bettors can expect to see the PointsBet sportsbook launch very soon.