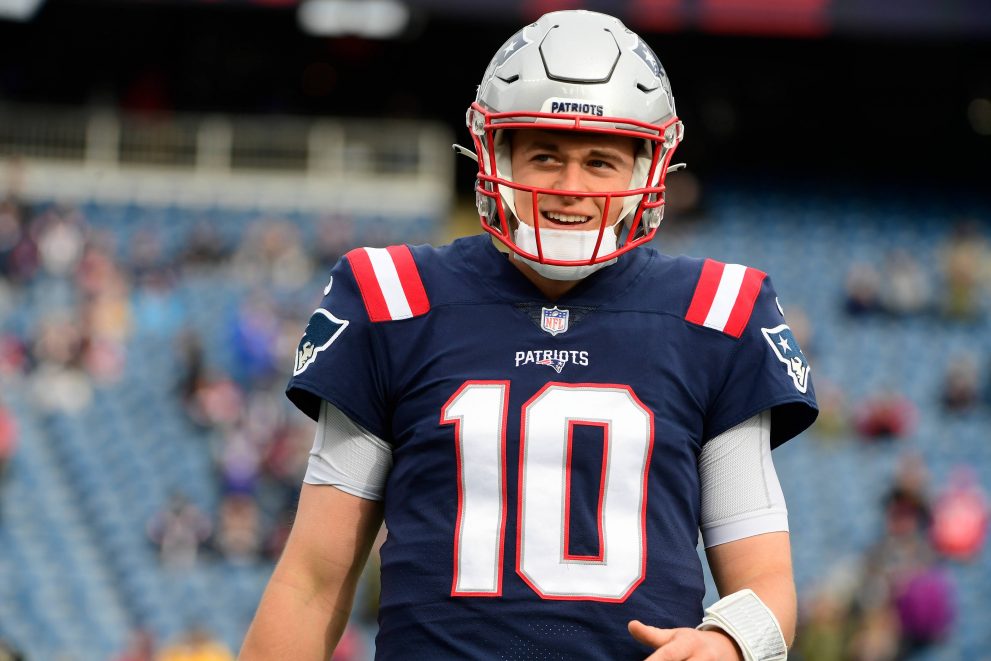 Another week, another blow to several of the projected Super Bowl contenders. The Buffalo Bills and Tennessee Titans were both handled by inferior competition, leaving more AFC chaos in its wake. The NFC, though, has some teams that continue to flex their muscles.

Here is where things stand in my power rankings heading into Week 12. Odds courtesy of DraftKings on Nov. 23.

The Cardinals went on the road and demolished the Seahawks with backup quarterback Colt McCoy under center. The score was only this close because Matt Prater missed a pair of field goals and an extra point. Arizona has an elite defense and an elite offense when quarterback Kyler Murray is healthy. He should be back after the bye, as the Cardinals remain the team to beat.

It’s pretty clear that the two best teams in the NFL reside in the NFC. Tom Brady is the MVP favorite for good reason, as Tampa Bay has the most potent passing game in the league. The Bucs demolished the Giants on Sunday, but will need the Cardinals to slip up in order to claim the all-important No. 1 seed heading into the playoffs.

The Rams haven’t been particularly crisp of late, so this is more of an indictment of the other contenders failing to perform. Los Angeles has a good head coach, a talented quarterback and two elite defensive pieces, which is enough to make it a viable contender even if there have been some hiccups this year.

The Patriots are on a serious roll, winners of five straight games in impressive fashion. They now lead the NFL in point-differential and just may be the team to beat in the AFC, even with a rookie quarterback at the helm.

The #Patriots are just crushing teams right now. NE has the No. 1 point differential in the NFL at +123 (#Titans are +37 with 1 more win). During their current 5-game win-streak, they're beating teams by an average of 25 points.

The Chiefs have won four straight games, and while Patrick Mahomes has shown flashes of dominance, it’s been the stark turnaround of the defense that is most impressive. Kansas City has the second-best Super Bowl odds again, and while there are flaws, it would not be a surprise to see the Chiefs come out of the AFC.

The Dallas offense was stuck in neutral against the Chiefs, although injuries played a big part in that. The Cowboys still have all the makings of an upper echelon squad but will need to prove they are a true contender down the stretch.

OK, it’s time to stop giving the Bills the benefit of the doubt. They were thoroughly outclassed by the Colts on Sunday and have failed to play like the juggernaut that was expected. Buffalo is still a contender, but cannot be considered the favorite in the AFC at this point.

The Packers fell from the perch of the No. 1 seed with the loss to Minnesota and it’s unlikely they will regain it. Quarterback Aaron Rodgers is currently dealing with a toe injury, the latest ailment to one of Green Bay’s stars.

Baltimore escaped with a victory in Chicago despite the absence of star quarterback Lamar Jackson. The Ravens haven’t been as dominant this season as in years past but still have to be considered a threat in the conference.

The Chargers survived a wild game against Pittsburgh, which was critical for their playoff hopes. Justin Herbert was phenomenal in the contest, and his continued ascension could make Los Angeles a tough out if it makes the postseason.

The Titans knocked off some of the NFL’s best teams in recent weeks but injuries caught up to them in a shocking loss to the Texans on Sunday. Tennessee might have the best record in the AFC but it is decidedly not the team to beat.

The 49ers are back in the playoff hunt with back-to-back impressive wins. Quarterback Jimmy Garoppolo is playing well, but must prove he can keep it up. San Francisco could be a dangerous low seed if it makes the playoffs.

The Vikings, like the 49ers, have played well of late and are now in line to qualify for the postseason. Quarterback Kirk Cousins is quietly having a solid year. Minnesota has a lot of toss-up games left, including Sunday in San Francisco, that will ultimately determine its fate.

The Bengals picked up a key win over Las Vegas on Sunday and did so easily. Cincy certainly has the look of a playoff team, though the standings are quite muddled in the AFC.

The Eagles have turned it on of late. They have won three of four behind an offense that has really figured things out. Philadelphia looks like a fringe playoff team.

The Colts made a big statement by crushing the Bills and have to be taken seriously moving forward. Running back Jonathan Taylor is having a phenomenal season, and the Indy offensive line is paving some serious holes.

New Orleans is already without quarterback Jameis Winston for the rest of the season, and the rest of the roster is being ravaged by injuries. The Saints are good enough to claim a wild card but the competition will be fierce down the stretch.

The Browns won on Sunday, but it felt like a loss, barely beating the woeful Lions. Things are not going well in Cleveland.

It’s been such an inconsistent season for Carolina. It lost to Washington on Sunday, delivering a blow to the Panthers’ playoff chances one week after a win over the Cardinals

Russell Wilson did not look like himself against Arizona, and the loss to a backup quarterback may have been the death knell to a disappointing season. The Seahawks need to be nearly perfect the rest of the way to have a shot at the playoffs.

The Seahawks have a passing game led by Russell Wilson, D.K. Metcalf and Tyler Lockett. They haven't thrown a TD in back-to-back games. It's been baffling. pic.twitter.com/NnEJqm0dBi

Three straight losses for the Raiders, who are regressing to their normal level after a deceivingly hot start.

Big game this week for the Broncos against divisional foe Los Angeles. Both teams could really use the win.

The Steelers almost stole one against Los Angeles but the defense let down. Pittsburgh needs to get healthy on that side of the ball or risk falling out of playoff contention.

As if there aren’t enough teams vying for the playoffs, Washington could actually get in the conversation with a win over Seattle this week.

Matt Nagy is on the hot seat, with reports that he will be fired after Thanksgiving. It’s a good idea so the Bears can get a jump on finding a coach who pairs well with rookie quarterback Justin Fields.

Three straight wins for Miami, but it’s too little, too late.

The Giants looked terrible on Monday night and offensive coordinator Jason Garrett was fired on Tuesday. It feels like the Daniel Jones era is also winding down.

The Texans pulled off one of the biggest upsets of the season on Sunday, knocking off the Titans. Houston actually looks like an NFL team when Tyrod Taylor is the quarterback.

Atlanta’s illusion of being a decent team has crumbled. The Falcons are clearly among the league’s worst.

At this point, it’s simply a battle to see which also-ran finishes at 32. The Jags are in contention.

Zach Wilson will start this week as the New York quarterback merry-go-round continues.

Give the Lions this: they are pretty good at staying close, and thus, covering spreads.