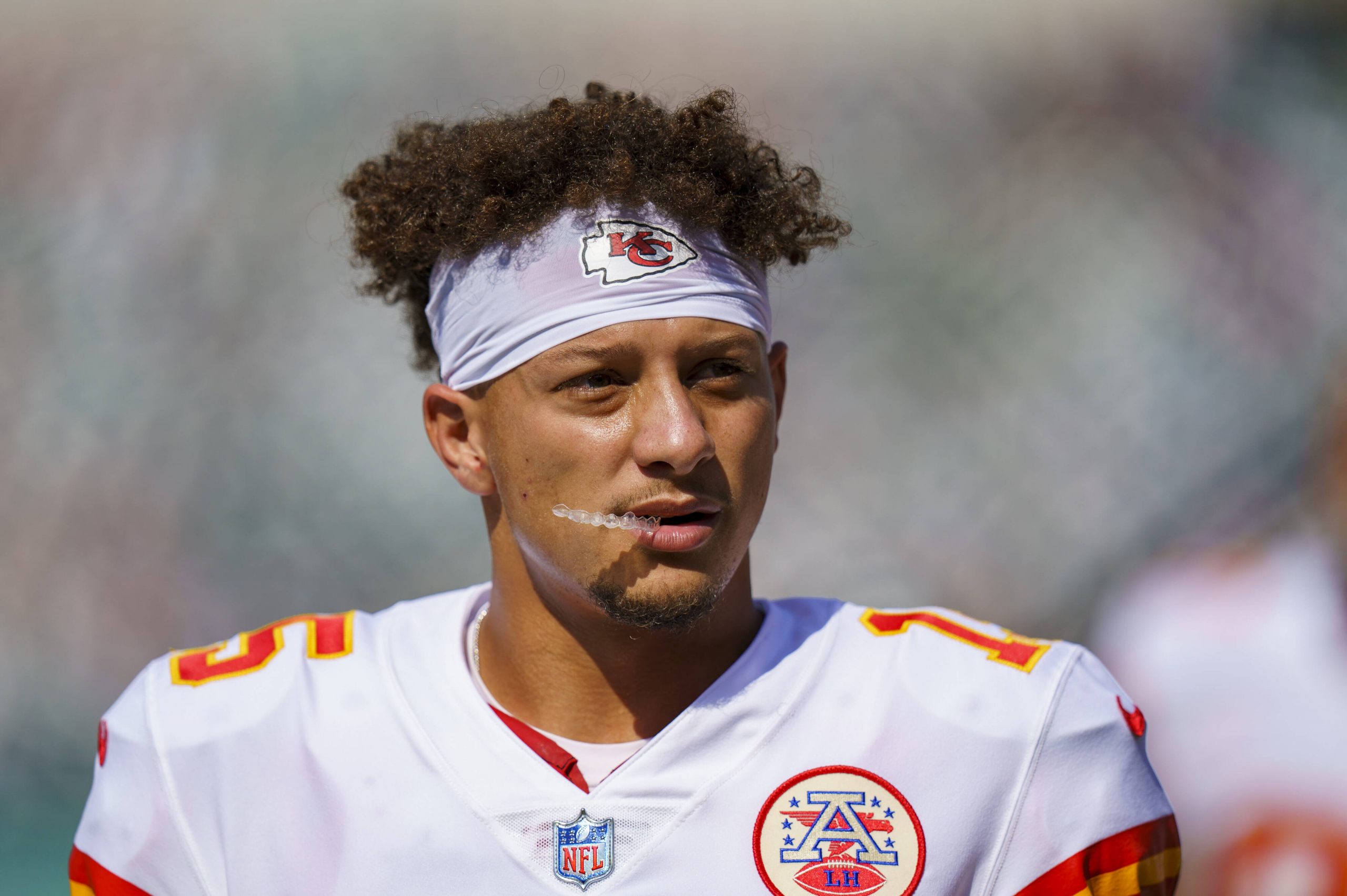 The Bills and Chiefs highlight this week’s slate, as the winner will solidify themselves as the team to beat in the AFC. There are plenty of other intriguing games before we get to that Sunday Night Football affair.

Here is my favorite bet for each game this week. Odds courtesy of DraftKings on Oct. 8.

The reason: Atlanta is last in the NFL in Football Outsiders’ offensive efficiency, while the Jets are a respectable No. 18 on defense after a nice showing last week against the Titans. The Jets’ offense isn’t very good, which means this could be a punt-a-palooza.

The reason: Tampa Bay is allowing 2.7 yards per rush attempt this season, and teams aren’t even really trying to carry the ball. Opponents have thrown it 186 times and carried it 70 times. That pattern figures to continue, especially because the Bucs should jump out ahead in this one. Brissett is not playing well but should have enough pass attempts to surpass this total.

3.43 rush yards per attempt allowed over the last two years — No. 1 in the #NFL for a reason. #Buccaneers

The reason: Cincinnati is a surprising 3-1, and the defense has vastly outperformed expectations to this point. Aaron Rodgers is a different kind of test, though, and this game may show the Bengals aren’t as far along in their rebuild as some believe.

The reason: The Vikings are basically middle of the pack in every phase of the game this season. Detroit is near the bottom, but has a good enough quarterback to stay within striking distance. The talent gulf between these teams doesn’t feel like it should equate to a double-digit spread, even with Minnesota at home.

The reason: This is another game that seems like it will be closer than the oddsmakers envision. Houston will be bad on offense again, but the Patriots could be missing as many as four starting offensive linemen in the contest. This one could be a low-scoring slugfest, which should help Houston stick close enough to cover.

The reason: The Titans can’t lose back-to-back games to the Jets and Jaguars, can they? It might happen. Jacksonville coach Urban Meyer had a heavily-distracting week, but that shouldn’t matter much when the Jaguars hit the field. They have been playing better of late, and Tennessee won’t have Julio Jones on offense. This is the upset special of the week.

The reason: I will continue to keep fading Big Ben. He is averaging 6.1 yards per pass attempt and would be under serious consideration to be benched if not for his name recognition. The Broncos have a good defense and this game could be close, which wouldn’t force him to air it out.

The reason: Both of these teams are 2-2, but the Saints have been more impressive in basically every phase. Washington has been a mess defensively and its offense may not be able to make up for it in this one.

The reason: This is an interesting spread, as the oddsmakers are saying the teams have similar talent levels since home teams generally get three points based on the location. Carolina likely won’t have star running back Christian McCaffrey, but should still take care of business.

The reason: Fields is a dual threat, but this is a pretty high bar. He has impressive straight line speed, so a scramble could result in a big chunk of yardage if it happens. However, Fields is only averaging 3.2 yards per carry with a long of 11 on 17 carries. This total seems unlikely to be topped.

The pick: Browns running back Nick Chubb (-120) over 7.5 receiving yards

The reason: Chubb is a prolific runner, and Kareem Hunt is Cleveland’s pass-catching back. However, the Chargers play a bunch of two-high safety looks, which will make it hard for quarterback Baker Mayfield to throw the ball deep in this game. Chubb is averaging one catch per game this season, and will likely be in line for at least one checkdown in this one, and maybe two, making this a worthwhile wager.

The reason: The Giants’ first-round pick got off to a slow start this season but had six catches for 78 yards on nine targets last week. Sterling Shepard and Darius Slayton are both going to miss this game for New York, opening up a ton of playing time and opportunity for Toney. He is an electric player who should have a nice day.

Kadarius Toney explaining how he avoids tacklers makes it sound very simple: "The process is really just more of, if he goes left, I’ve got to go right. It’s just kind of like playing freeze tag."

The reason: The Cardinals have looked great on both sides of the ball this season, but this isn’t the best matchup. The presence of dual-threat quarterback Trey Lance will allow coach Kyle Shanahan a bevy of options in the run game, and play-action should also be effective. The 49ers should be able to limit possessions with time-consuming drives and keep this one close enough to cover the spread.

The reason: Kansas City’s defense is a mess and the Bills have looked fantastic the past three games, but Patrick Mahomes has repeatedly shown no one can stop him when things are clicking. Wide receiver Josh Gordon’s presence brings yet another wrinkle that the Bills must account for.

The reason: The Colts’ defense looked good last week, but that was against backup quarterback Jacoby Brissett. Lamar Jackson should have the type of success the Seahawks, Rams and Titans did against Indianapolis. Colts quarterback Carson Wentz will be good for one of two things during a late comeback attempt: either a touchdown for Indianapolis or a turnover that sets up Balimore for a score. Either way, it will help the over.