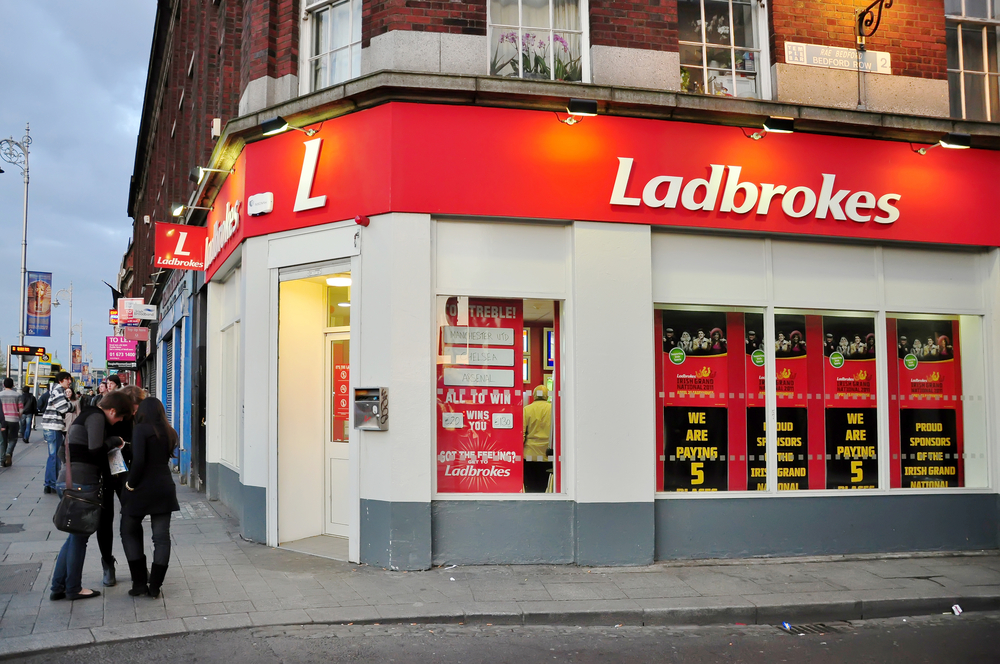 The ASA has upheld a complaint against Ladbrokes’ “Where the Nation Plays” ad from October 2020.

The UK’s Advertising Standards Authority (ASA) has upheld a complaint against one of Ladbrokes’ ads from October 2020 on the grounds that it displayed a person detached from their surroundings due to preoccupation with betting.

The Ladbrokes ad that received the complaint was titled “The Racers” and was part of the operator’s wider “Where the Nation Plays” ad campaign which appeared on Channel 4’s streaming service, All4, on 25 October 2020.

The advert featured several people using the Ladbrokes mobile betting app and describing how they bet while watching horse racing events. Ladbrokes’ ad had received clearance from Clearcast before it was broadcast.

The ad received one complaint which focused on a scene where a man in a cafe is shown looking anxious and away from those sitting at his table while a voiceover said: “Come starter’s orders, I’m a bag of nerves.”

According to the complaint the advert depicted socially irresponsible gambling behaviour.

In its response to the complaint, Ladbrokes said there was no mention of the person in the advert gambling.  Ladbrokes argued that the person was “simply stating that he got nervous ahead of starter’s orders which would be his natural reaction whether or not he was gambling.”

The sportsbook operator went on to say that nerves before a sporting event were a normal feeling.

Clearcast also argued that the person in the ad was “not detached from his surroundings” but was focused on watching a race on a TV. Although there was no TV visible in the shot in the ad, Clearcast argued that it was “strongly implied” that the individual in the ad was looking at a TV.

Clearcast also said that the character in the ad responded quickly to a friend who made a comment about his shaking. Therefore, according to Clearcast, he was not detached from the conversation.

Clearcast said: “He might have been shown to have an annoying habit and a fidget but he was not shown being harmfully obsessed with his bet.”

Channel 4 also responded to the complaint and argued that it was not irresponsible. The broadcaster highlighted “a number of approaches that would have been problematic for the ad to have taken, but did not believe the ad did so.”

The ASA went on to uphold the complaint and noted that the Committee of Advertising Practice’s (CAP) guidance on gambling mentioned that ads which portray “detachment from surroundings and preoccupation with gambling” were likely to be in breach of the CAP Code.

On top of this, the ASA said that “outwardly light-hearted or humorous approaches that could be regarded as portrayals of these behaviours” should be avoided.

In addition to this, the body said that as the character’s friend had to point out his action’s this suggested he was detached from the surrounding environment and preoccupied with a bet.

This resulted in the ASA upholding the complaint on the grounds that it breached CAP Code section 16.1, which states that “marketing communications for gambling must be socially responsible, with particular regard to the need to protect children, young persons and other vulnerable persons from being harmed or exploited”.

The ASA also found that the ad was in breach of section 16.3.1 of the CAP Code which states that ads must not “portray, condone or encourage gambling behaviour that is socially irresponsible or could lead to financial, social or emotional harm”.

Although the ASA did not ban the ad, it did however tell Ladbrokes to “ensure future ads did not depict gambling behaviour that was socially irresponsible.”