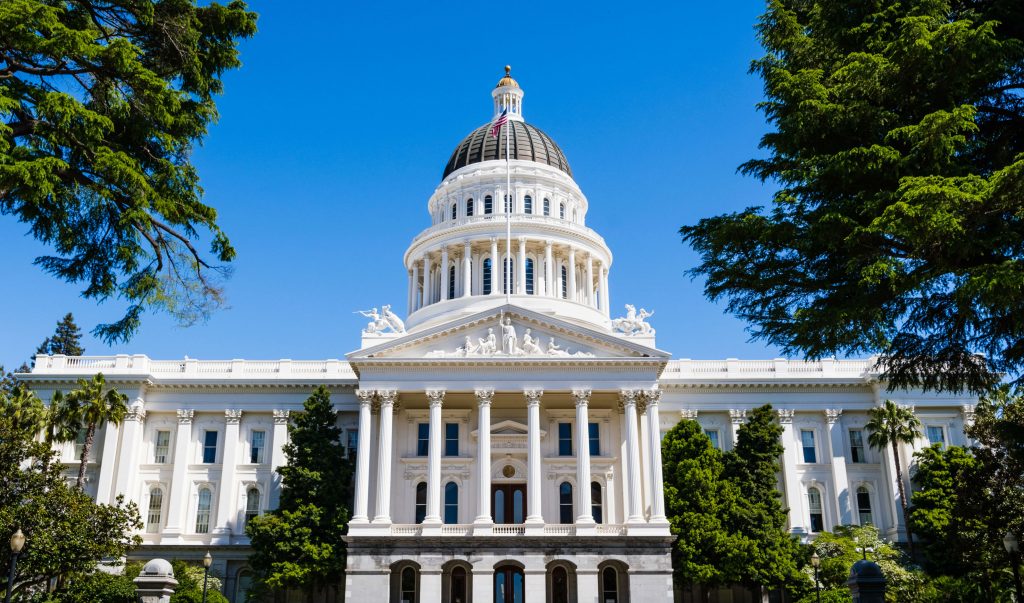 Legal and regulated sports betting will not be coming to California this year.

On Monday, California state Senator Bill Dodd announced that he is pulling his sports betting measure from the legislature.

The proposed legislation, SCA 6, a constitutional amendment bill, was initially set to receive a vote in the Appropriations Committee today (23 May).

The decision to withdraw the bill from consideration means that it could be several years until sports betting becomes legal in the state of California. The measure would have then needed to pass both legislative branches by Thursday to qualify for the November ballot.

Why did Dodd withdraw the bill?

Dodd issued a statement on his decision, saying it would not be possible to get the legislation approved this year due to the coronavirus pandemic and legislative deadlines.

Dodd said: “Given the deadlines for getting a measure on the November ballot and the impact of Covid-19 on the public’s ability to weigh in, we were not able to get the bill across the finish line this year.

“It remains important that we lift this widespread practice out of the shadows to make it safer and to generate money for the people of California. I will continue to be engaged in the issue as we work toward 2022.”

However, Dodd’s bill has been met with opposition from the state’s tribes who have a different vision for California’s sports betting market. Although the sports betting measure was introduced in early June, both lawmakers and tribal groups have any meaningful discussion on the topic.

During a webinar hosted by Penchenga.net last week, tribal leaders said they had not been contacted by lawmakers and would fight to get sports wagering done their way.

Marc Macarro, chief of the Pechanga Band of Luiseno Indians, who spoke during the webinar said: “They did not consult with tribes or ask leaders what we thought. California is the largest potential single jurisdiction in the United States. So it’s not surprising that there are partisans who would want to legalize on their terms, and sure, tribes, you can have a seat at the table.”

What was covered in SCA 6?

If successful, the measure would have only allowed tribal casinos and racetracks to offer legal and regulated sports wagering in California. The state’s card rooms would have been blocked from offering sports betting.

Online sports betting operators will only be able to offer one skin and will be expected to pay an initial $5m license fee along with an annual renewal fee of $1m.

If successful, a question of sports betting would have been added to the November 2020 ballot alongside the presidential and congressional elections.

Tribal groups also opposed the measure due to the online aspect and the inclusion of a measure that would clarify the legality of how card rooms offer banked games.

This measure has proven to be unpopular with tribal casino operators, however, the California Nations Indian Gaming Association (CNIGA) argued that the provision will allow for the “massive expansion of games” offered by cardrooms. CNIGA also said that this will “fundamentally changes the legal structure of California’s peer-to-peer gaming industry.”

Legalising sports betting in California will require a constitutional amendment requiring voters in the state to approve the measure. This limits sports betting efforts to years where an election is being held.

As a result of this, the legislature will not be able to get a sports betting constitutional amendment on the state ballot until 2022.

With that in mind, and the time frame for launch outlined in SCA 6, the earliest sports betting could launch in the state would be September 2023.

A group of California tribes are currently in court requesting more time to gather signatures to get their own sports betting initiative on the 2022 ballot.

The tribes initially wanted to get their proposal on this year’s ballot after gathering almost a million unverified signatures before the coronavirus pandemic.

Although it is possible that a change would allow the tribal measure to appear on the 2020 ballot, the tribes are requesting an extension on the 20 July deadline to submit signatures for 2022.

The Superior Court of California set a hearing for July 2 for the tribes. If the tribes are unsuccessful, they can still put the initiative on 2022 ballot but would have to start again on collecting new signatures.

In a statement, the coalition behind the tribal initiative, said: “We appreciate that legislators saw through the smoke and mirrors and stopped SCA 6 — the effort to break yet another agreement between California and Native American Tribes and expand Nevada-style games to cardrooms.