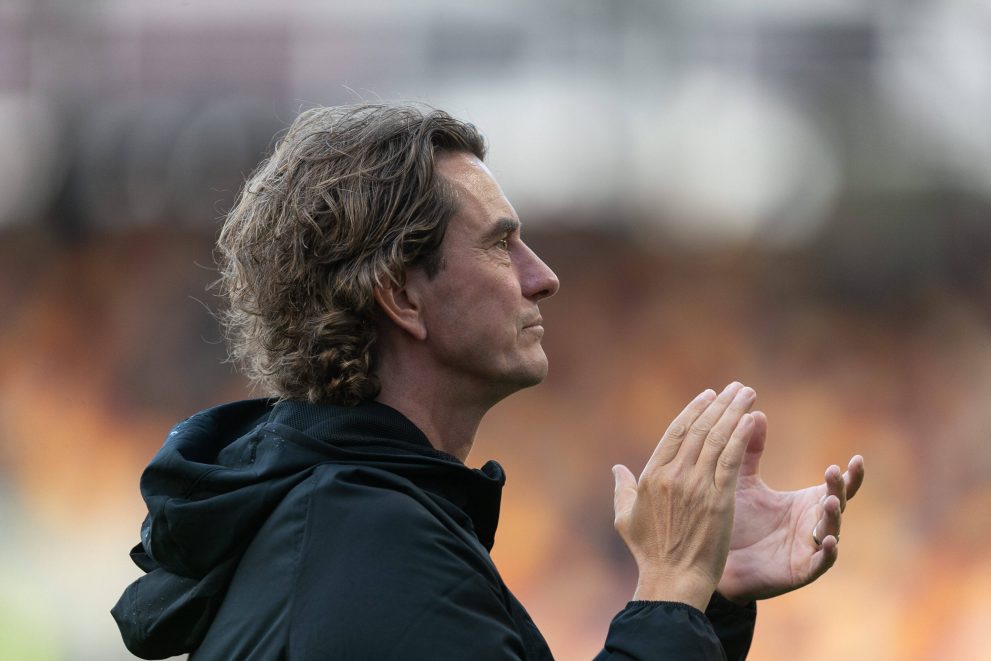 Technology and football haven’t always mixed well. With money playing such a crucial role in success these days, and the distribution of wealth proving a hot topic within the game over recent months, exacerbated by the pandemic, it has scarcely been more important for smaller clubs to find an advantage in any way possible in order to better level the playing field against the elite.

The increased reliance on data within football has seen some clubs react better than others. Most of the best teams in the top five European leagues use statistics for performance improvement and recruitment, but there are traditionalists, too. Clubs and their fans like what they know, but attitudes are shifting because there are some specific examples of success stories using a data-driven, moneyball approach.

Brentford and Brighton are two clubs in England that circumvented their lack of financial strength to push through barriers. First, they sustained themselves as Championship sides, competing against waves of richer opponents enjoying parachute payments from the Premier League, before gaining promotion and looking to create a base from which to build from in the top flight. Brighton have fared much better in that sense; Brentford are struggling in their first season, but the blueprint is there for all to see.

The Seagulls sister club, Royale Union Saint-Gilloise of Belgium, also owned by British businessman Tony Bloom, are another pertinent example. They are well on their way to winning the Pro League title for the first time since the 1930s, despite only gaining promotion after 48 years last season. A young, proactive board has made it their mission to reinvigorate the Brussels club, and data has been a key for their scouting.

Data analysis departments are commonplace among clubs nowadays, but their main aim is to improve the players already in a squad. Recruitment and target identification are, in some cases, being outsourced to third parties and companies designed for purpose.

Scouting is no longer just about watching a player in person and compiling reports, as data analyst Tim Armitage explains.

“Football is a lot more open to recruiting players without ever watching them in person,” Armitage tells Compare.bet. “There is a lot more footage than there was 20 years ago. Before, ten scouts might have been going to one game and talking about a player; they might say they found this or that out, getting background info on them. That can now be done remotely because of the development of social media; there are journalists willing to do interviews with any player, not just a star, so there is lots of information out there, even if it is from a teammate or a coach.

“Data companies can watch players using their own framework to spit out a recommendation. That is pretty common now; clubs don’t necessarily need a huge scouting team because they can outsource.

“In traditional scouting, if you are all watching the same player, you’ll all have the same impressions. If you have a reliable data framework, you can watch footage, slow it down, have multiple eyes on it at the same time. It gets way more insight than going to a game where your eye might get caught by another player, you might take notes and miss certain details. Data analysis gives you a more rounded view of the player, and you can watch more games in a shorter timeframe. It is way more efficient.”

Heavy reliance on data is still in its infancy; only a few clubs are known to use it as a driving force; mainly those who are owned by companies. Academies and networks are still the most common way for most clubs to improve their squads, and Armitage admits there is a long way to go for data to become dominant.

“It is fair to say it might become more prevalent, I can see more clubs becoming involved in or even owned by people use data predominantly. But it is a culture; everyone has to buy into it. The majority of clubs use data significantly, but some make decisions from the data standpoint. It is really difficult because it doesn’t always work; you have to stick at it and have the right people working together. You can be a ‘data club’, but if your manager ignores the information, it is pointless.

Most importantly, we ensure our data is as accurate as possible

A combination of Human + Computer Vision is used in our data collection process, and our training and quality checks are of the highest standard

“We’ve seen, with Brentford, the manager (Thomas Frank) is all in, and that is where it is possible. Clubs like Manchester City and Bayern Munich are obviously using data, but is it their ethos? No, because they’ll spend £100m on Jack Grealish; moneyball will tell you that is not efficient, that is not a smart decision based on data, because it means your team is imbalanced. Feasibly, how much can one player impact your team?”

Data has worked to change clubs’ fortunes, effectively because a fresh approach can bring success not seen previously. Notts County were taken over by owners of a data analysis company, having dropped out of the Football League, and they have been well received. It may not work for the establishment, though.

“Companies will go for clubs who are not what they were or looking for a different direction,” Armitage continues. “Notts County are a good example; essentially the only way is up and you’ve got fans who are so desperate to be taken over, they’ll adopt the culture because there is no other choice.

Despite softening attitudes towards them, data and statistics will only support and improve existing approaches in football, rather than replacing them. But it looks destined to become more relevant.

“Data can tell you who to sign and how to improve players; you can make predictions off it. But in terms of real-time, whether a philosophy can be shaped by technology, I don’t know. You have to adopt a philosophy and then use the data to recruit around it.

“Most managers now are ex-players, from a generation before data. They’ll rely on their own experiences; players who have played under (Pep) Guardiola have gone out and done similar things, for example. Players who play for Brentford, who are getting feedback from the data specialists, having one to one meetings, will take it away with them.

🗣"Not that I really needed any help in that, but it is more getting the confirmation of what I thought."

Kevin De Bruyne has revealed that he used data analysis in making his decision in signing a new contract at Manchester City pic.twitter.com/kSpWqHmAyR

“It’ll take time. Look at expected goals. It has been around for maybe 15 years, but has only gained wide acceptance in the last three years.”

A new age is dawning for football; like anything, it needs to embrace technology or risk being left behind.