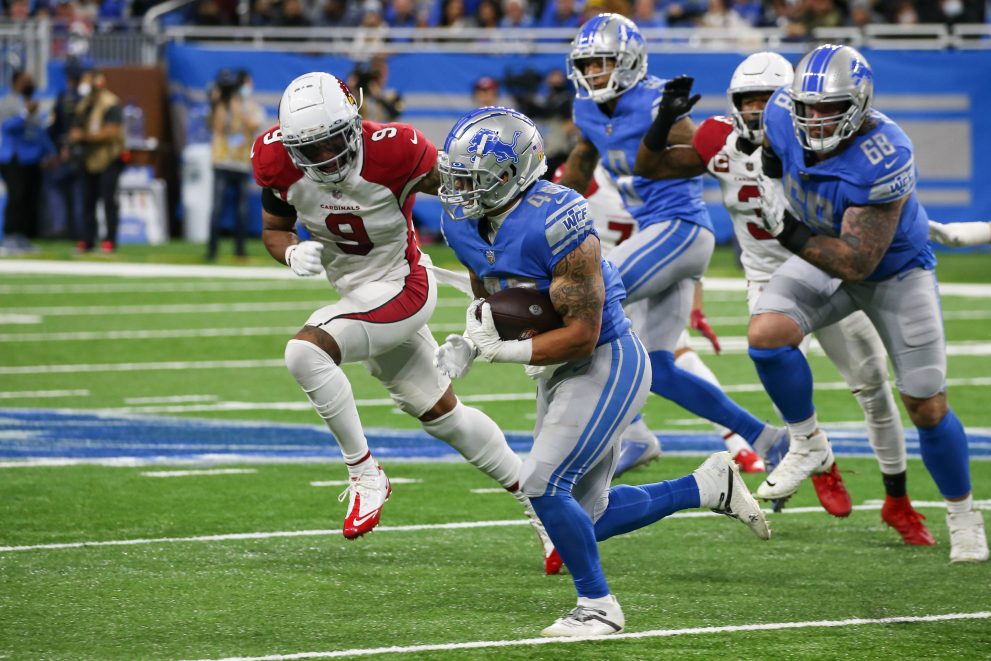 The Green Bay Packers received an early Christmas present on Sunday, as both the Arizona Cardinals and Tampa Bay Buccaneers lost as double-digit favorites.

Green Bay now leads the NFC by a game with three remaining, and based on tiebreakers, is exceedingly likely to finish atop the conference heading into the postseason.

At this point, an NFC Championship game at Lambeau Field seems predestined. If that happens, how likely is it that Arizona or Tampa Bay gets there?

With 14 games of evidence, and with Sunday’s upset losses etched into our minds, one of them should be just fine, while the other has reason to worry.

Tom Brady lost his stranglehold on the MVP award Sunday, as he was 26-of-48 for 214 yards with no touchdowns and an interception in the shocking shutout loss to the Saints.

It was a complete aberration compared to the rest of the season, but was it a warning sign of things to come?

First time Tampa Bay has been shutout since December of 2012.

In short, no. Brady is 44 years old and there is always concern about a precipitous drop-off in production at that age, but that performance had everything to do with injuries and little to do with any long-term issues.

The Buccaneers watched star receivers Chris Godwin and Mike Evans leave the game early, followed by running back Leonard Fournette. Antonio Brown was already suspended for faking a COVID-19 vaccination card — that’s a column for another day — which meant it was Rob Gronkowski and a bunch of backups facing a talented Saints defense.

Brady always knows where to go with the ball based on coverages, but when guys aren’t separating, there is precious little he can do.

Godwin, unfortunately, is reportedly done for the season with a torn ACL, and that’s a huge blow. But it’s something the Bucs can overcome. Evans and Fournette reportedly avoided anything major, while Brown is now eligible to return.

Breaking: Bucs WR Chris Godwin has a torn ACL and is done for the year, per @AdamSchefter. pic.twitter.com/4IsjhWiGyC

The Bucs should win their final three games, as they play the Jets and the Panthers twice. And as long as Evans, Brown and Gronkowski are on the field at the same time, the Buccaneers are going to be a handful for anyone they face in the playoffs despite Sunday’s speed bump.

Tampa entered the Saints game No. 1 in the NFL in offensive efficiency, per Football Outsiders. They were No. 1 in the passing game and No. 2 rushing the football. The numbers will be worse after that performance, and Godwin will be hard to replace moving forward, but this team is still elite.

The defense entered the contest No. 7 in efficiency, including No. 5 against the pass, and did a fantastic job all game long. That group should continue to excel now that many of its secondary pieces are back healthy.

The Bucs are now behind Green Bay in Super Bowl odds, but Tampa Bay is still among the favorites, and for good reason. Don’t doubt the Bucs.

The same cannot be said for the Cardinals.

A loss to the Rams in Week 14 was understandable, but falling in blowout fashion to the woeful Lions on Sunday sounded the alarm bells.

The Cardinals famously faded at the end of last season, as the offense disintegrated and the team improbably missed the playoffs after a 6-3 start.

Arizona is 10-4 this year and will make the playoffs, but won’t get the top seed that was in its grasp just two weeks ago, and now the NFC West race is extremely tight after looking all but over heading into December.

Terrible loss for the Cardinals. No more shot at the No. 1 seed, and their stranglehold on the NFC West is gone.

The Cardinals have a big problem on both sides of the ball: the interior of their lines.

Time and again on Sunday, a nondescript Lions offensive line exerted its dominance, often by carving out tremendous running lanes straight up the gut.

While the Cardinals’ defensive line did not play well against the Rams, either, the interior of the offensive line was the major culprit in that game. Los Angeles defensive tackle Aaron Donald wrecked the game by himself, finishing with more pressures (14) than the entire Arizona roster (10).

As the season winds to a close and the postseason approaches, there is growing concern around the team that too much is being placed on quarterback Kyler Murray’s shoulders.

He ran for his life against Los Angeles, continually trying to make miracles happen out of structure. In Detroit, the Cardinals fell behind early, but still could have stuck to the run for better offensive balance.

On the NFC side Detroit delivered a shocker by beating Arizona. The Cardinals had been hot on the road but they were thoroughly outplayed by the Lions today. Detroit contained Kyler Murray pretty well and ran effectively on offense. Cards losing ground for the Number 1 seed.

Instead, standout running back Chase Edmonds only had six rushing attempts despite averaging 8.8 yards per carry. Edmonds leads NFL running backs in yards per carry at 5.9 but seems to have ceded the main ball-carrying role to James Conner.

Edmonds’ rush yards over expectation per attempt of 1.28 is second in the NFL, sandwiched between Jonathan Taylor and Nick Chubb. The Cardinals need to find a good mixture on offense moving forward, which seems to include Edmonds returning to main back status.

The running back situation is a good problem to have for the Cardinals, but the same cannot be said elsewhere. Injuries are taking their toll.

The defensive and offensive lines, as stated, have struggled without J.J. Watt and Rodney Hudson, respectively, and the vaunted receiving corps was decidedly less potent on Sunday with Antoine Wesley in place of All-Pro DeAndre Hopkins, who is likely done for the year with a knee injury.

The Cardinals looked like the best team in the NFL as recently as two weeks ago, but significant issues have popped up. They have a critical showdown on Christmas Day, and the trenches will be tested again by a Colts team that is very good up front.

The Packers and Buccaneers are the teams to beat in the NFC, while the Cowboys and Rams are coming on strong.

Where do the Cardinals fit in? Games against the Colts and Cowboys over the next two weeks could tell the story. 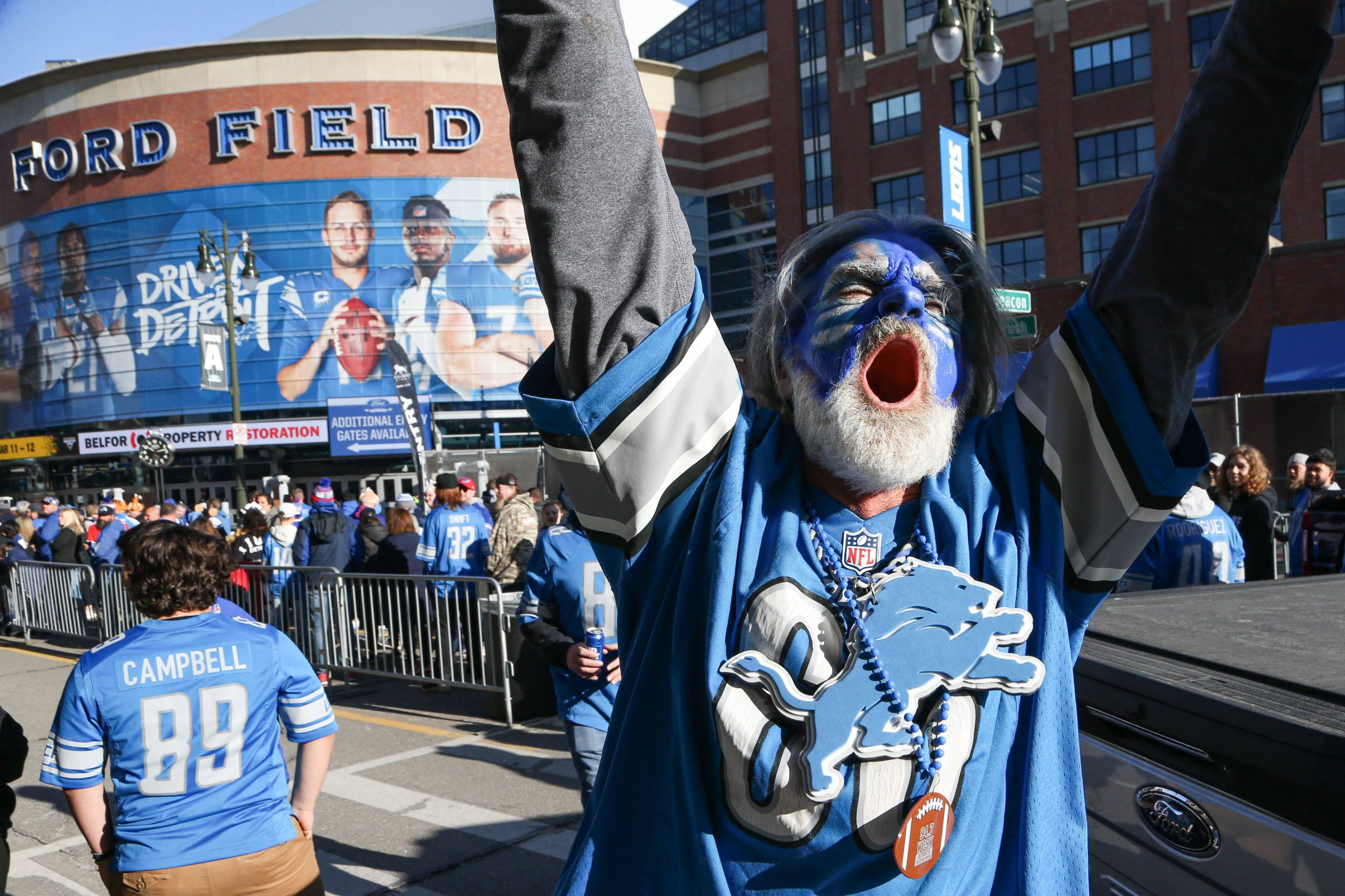 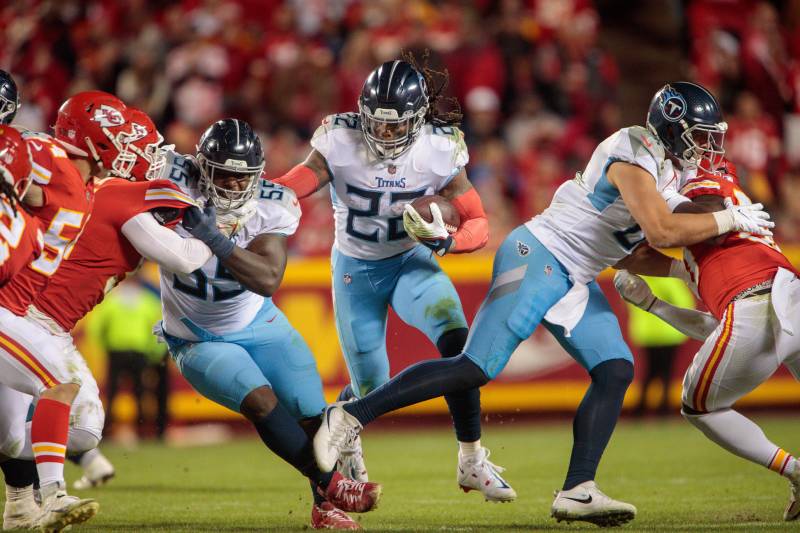